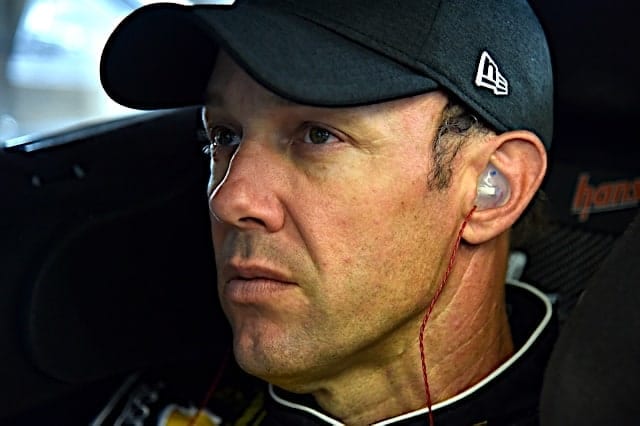 Brad Keselowski was going to come up short in the 2020 Coca-Cola 600.  He’d had a great restart with 46 laps to go, taking advantage of track position up front. However, Chase Elliott squeaked by and then took off in clean air, leaving Keselowski to try to keep up.  It appeared the No. 2 Ford was destined for a runner-up finish in a race the 2012 Cup Series champ had never won.

But a late caution gave Keselowski another chance, erasing Elliott’s two-second lead. When the No. 9 inexplicably pitted, he was given a gift. The No. 2 Ford only needed to hold on up front for the final two laps to take the victory.

Of course, Keselowski had to hold off seven-time champion Jimmie Johnson, no easy task, but the veteran hung on.  Elliott managed to drive from 11th to third on fresh rubber (second once Johnson was disqualified), but it was Team Penske hoisting the trophy for the sport’s longest race.

Another week, another great run from rookie Tyler Reddick. Reddick started fifth and hung around the top 10 for most of the night. He then closed the deal with a strong eighth-place finish, taking advantage of a frantic final restart.

Reddick is showing more every week that he can be Richard Childress Racing’s new Kevin Harvick. The two-time reigning NXS champion is a driver who can overcome mid-tier equipment to get top finishes. He was the top rookie again this week, emerging as the early leader in a crowded field of freshmen. By the end of 2020? He could be in position to win at this level.

Matt Kenseth is hilarious. After a year and a half with none of the Kenseth wit, the driver of the No. 42 had a few one-liners during a rain-delay interview that made it clear that the 48-year-old is as fast as ever when it comes to his tongue. His interview made the rain delay almost bearable.

Even Kenseth’s mask turned into the center of rain delay conversation. Multiple drivers hopped on the bandwagon and gave their own favorite Metallica songs after the 2003 Cup Series champion repped the band’s logo.

*Adds "Go to a @Metallica concert with @mattkenseth" to bucket list* pic.twitter.com/kozed07qn0

Busch gave up the lead on pit road after the rain delay. Once the No. 1 Chevrolet lost clean air, he never sniffed the lead again, and a loose wheel added insult to injury. Temporarily knocked off the lead lap, Busch was mired deep in traffic as the laps ticked away. The final caution gave him one more chance for a top 10, and he took advantage, finishing eighth. But the night could have been so much better.

Defending race winner Martin Truex Jr. had a great car. What he didn’t have was a great final pit stop.  Pitting under caution with just over 50 to go, Truex lost only two spots, but it was enough; he slipped to fourth and stalled out there. The 2017 Cup champion then pitted for tires on the final caution but wasn’t able to regain his former position and came home seventh.

All-time Charlotte win leader Johnson had the win in his sights as well. His pit crew reeled off a four-tire change on their final pit stop, putting the No. 48 up front on the restart with 46 laps to go.

But Johnson, after consultation with his crew, chose an outside lane that slowed him up. Keselowski snuck by from second and Elliott got by, as well. Johnson restarted second on the final caution and gave it everything he could, falling just short. But there’s nothing to be ashamed of here. Riding a 102-race winless streak, the seven-time champion looked like a contender for the first time in a very long time.

Last Wednesday’s winner, Denny Hamlin, had trouble before the green flag even flew. Two ballast weights fell out of his No. 11 on the pace laps, throwing tungsten everywhere. The weights had to be retrieved and replaced through a lengthy pit road repair, and it’s likely that the problems have just begun. Unsecured weights incur a major penalty according to the NASCAR rulebook; expect a lengthy vacation for all crew members involved.

The moment passed us by, long ago, without anyone really noticing until it was over. What used to make the Coca-Cola 600 a truly unique race, one of the most coveted to win, was the test it proved to be for teams and drivers.

Unfortunately, that’s no longer the case.  Most of the drivers are in excellent physical shape, top-tier athletes outside the car.  But the real difference is their equipment.  Nothing breaks.  Engines rarely fail.  Risky choices aren’t allowed because suspensions and gears are out of their hands. It all translates into 600 miles of racing in which only a small handful of cars fail to finish.

Attrition made races interesting, once upon a time. You wondered if that fast car could make it to the end or if the gear they were running would take its toll before the checkers. If one car lost an engine, his teammates and their fans held their breath. A bad spring choice could haunt them as track conditions changed.

Now that’s all but gone, and the racing suffers accordingly.  Sure, there’s still fuel mileage, and that can cause some nail-biting laps (see: Austin Dillon’s win here in 2017). But the 2020 Coca-Cola 600 is not the same as when the races were a truer test of the machines and the men who built them.

Besides the fact that there’s a whole other race to be run on Wednesday?

If that’s not enough to keep everyone watching, is 2020 shaping up to be a breakout year for Alex Bowman?  He’s already got a win at Auto Club Speedway and he’s eclipsed his career-high in laps led in a season. While Bowman struggled late at Charlotte, he was strong for most of the race and in contention to win the 2020 Coca-Cola 600 at times.

The Arizonan still needs to work on his consistency. He needs to run in the top 10 more than he has so far if he wants to be a title contender. But with the improvements Chevrolet has made to the Camaro, Bowman has been the best driver at Hendrick Motorsports this year thus far. He’s driving with authority now, no longer content to have a good run now and then. The pressure of his contract is also off after he signed an extension to stay in the No. 88 through next season.

How… much does equipment matter?

Some would argue that it matters too much, but it’s undeniable that the cars a driver is in make a major difference. Bowman is a prime example. When given top equipment with Hendrick Motorsports, he’s led laps and won races. How often do fans see a talented driver and speculate how good he’d be if only he had a top car?  And how often do they see a driver struggle in a top car and conclude he doesn’t have the chops?

Neither of those are the gospel truth.  Sometimes, that talented driver doesn’t do as well in top stuff as people thought. And sometimes, that struggling driver needs a change of scenery more than another closet full of parts.

Drivers can elevate equipment as well. Take Tyler Reddick. The rookie has made not only the No. 8 better right from the start this year; he’s elevated Richard Childress Racing teammate Austin Dillon’s performance as well. Kevin Harvick did the same at RCR, although his talent never truly blossomed until his current partnership with Stewart-Haas Racing

Bottom line?  Equipment absolutely matters. But so do the people who prepare and drive the car. The chemistry between them and the driver matters, too. It’s so much more complex than just one thing.

KEITH: DID CHASE ELLIOTT’S SEASON JUST GO UP IN SMOKE?