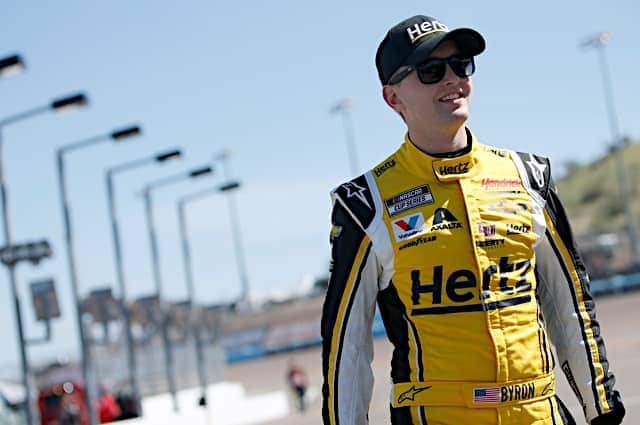 William Byron will start on the pole for the running of the NASCAR Cup Series’ Alsco 500K at Charlotte Motor Speedway on May 27.

Byron will start his No. 24 alongside his Hendrick Motorsports teammate, Alex Bowman in the No. 88.

Michael McDowell, Matt DiBenedetto and John Hunter Nemechek will round out the top five.

The starting lineup for Alsco 500K was determined the same way it was for the second Darlington Raceway event; the top 20 finishers from the Coca-Cola 600 were inverted for their starting positions. The rest of the field starts where they finished on Sunday.

Jared Haas joined the Frontstretch staff in May 2020. A graduate of Cedarville University in December 2019, Jared has been a Nascar fan since 2006. One of Jared's passion is recreating and creating Nascar cars for video games.
@RealJaredHaas
Previous Denny Hamlin’s Crew Chief Chris Gabehart Suspended 4 Races After Ballast Issue
Next Beside the Rising Tide: Disqualified, The 6-Ton Elephant in the Room and Other Observations 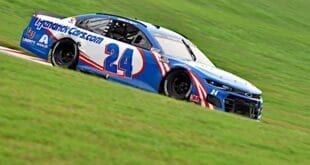 2-Headed Monster: Is Rudy Fugle the Answer for William Byron?