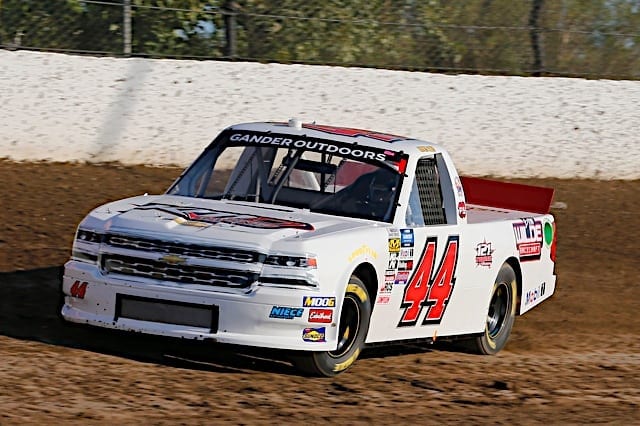 “I’m very excited and grateful for this opportunity,” Courtney said in a team statement. “I want to thank everyone from Clauson Marshall Racing and Niece Motorsports for making this possible. Eldora is one of my favorite racetracks, and I’ve been lucky enough to have some success there in open wheel cars. I’m a little nervous but up to the challenge of racing a truck around Eldora Speedway, and hopefully making the dirt world and my fans proud.”

The annual Dirt Derby will mark Courtney’s debut in the division. Nicknamed “Sunshine,” he has 26 wins in USAC National Sprint Cars, with 13 others coming in the Midget Series.

The Indianapolis native also won the Sprint Car championship in 2018, following that up with a Midget Series title in 2019.

Courtney has been involved in racing since 2002, accumulating a number of accolades – among them USAC Rookie of the Year in 2013, a Preliminary Feature Event victory in the Chili Bowl Nationals and two USAC Silver Crown wins.

Niece Motorsports currently has three full-time teams and one part-time teams in the Truck Series. Ty Majeski is its only full-time driver.

“We are excited to have Tyler join the team at Eldora,” owner Al Niece added in the statement. “He has quite a resume in dirt racing, and certainly a lot of success at Eldora. Obviously, these trucks are a little different animal, but we are confident that Tyler’s skill set will translate well. I’m excited to see him contend for a win. We’re all eager to get back to racing and I hope that all of our fans are healthy and well.”

The 2020 Eldora Dirt Derby has yet to be officially scheduled during the ongoing coronavirus pandemic, but remains on the calendar for the Truck Series.

Courtney’s truck number has not yet been announced.