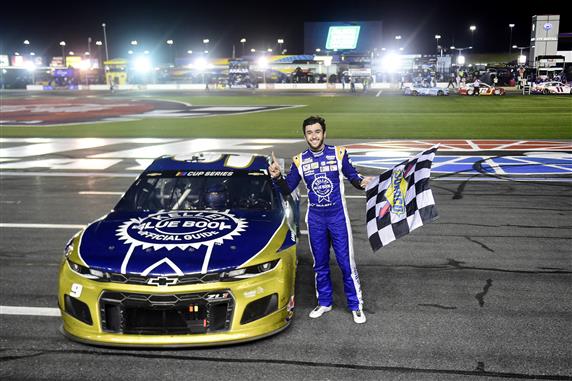 In this week’s edition of the Frontstretch Podcast, Dustin Albino and Mike Neff breakdown a long week of racing at Charlotte Motor Speedway, which saw Chase Elliott score a victory on Thursday after a tough loss in Sunday’s Coca-Cola 600.

The duo discuss why Thursday night’s win was important for Elliott and crew chief Alan Gustafson. Led by Elliott’s No. 9 team, Chevrolet has been quick all season, as Ricky Stenhouse Jr., Austin Dillon and Bubba Wallace all had good runs in the second Charlotte race, albeit the No. 43 car had a hub failure. Meanwhile, both Jimmie Johnson and Denny Hamlin had costly penalties during and after NASCAR’s longest race.

Albino and Neff also discuss why the 600-mile marathon was a dud, comparing it to Monday’s Xfinity race, which had an epic last-lap battle between Kyle Busch and Austin Cindric, as well as Tuesday’s Truck Series race where Elliott was victorious.

With a handful of mid-week races between the top three series in the rear view mirror, we give our takes on these races and why they should be a thing of the future.