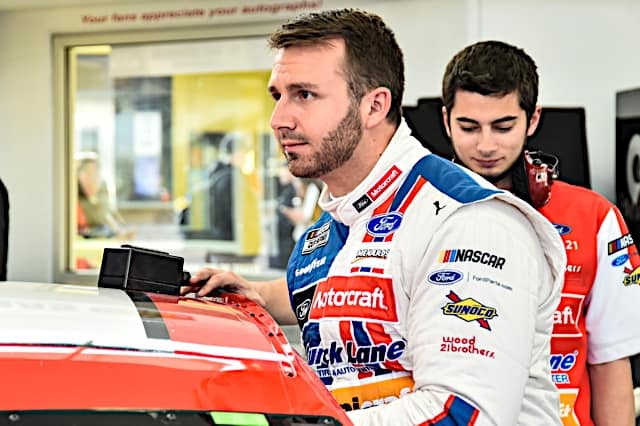 The first short track race of the season is on hand this week for the NASCAR Cup Series, a one-day show at Bristol Motor Speedway.

Like with most of the other “coronaraces,” Sunday will feature no qualifying or practice sessions. Instead, NASCAR will line the field up via a modified random draw similar to what was done for Darlington Raceway a couple of weeks ago.

One trick here is to not pick a driver who is starting deep in the field. In all of my picks, the deepest a driver is starting is 16th. This is because there are a number of inexperienced drivers in the field who have either very limited track time or none at all at Bristol in a Cup car. The field may thin out quite a bit in the opening laps, and being in the thick of the action could be very hairy with how bunched up those young drivers will be at the start.

FanDuel has put more emphasis on finishing position than other DFS sites. For this reason, it allows you to look at the entire field instead of just drivers that are known for leading laps and big movers.

It’s always very hard to bet against the No. 2 Ford whenever the series heads to Bristol, regardless of who is driving it. Keselowski is just the latest in a line of great short track drivers who have driven for Roger Penske over the years, and he’s backed it up with a pair of wins at this track in the past.

Keselowski is entering this race with a lot of momentum, having just had a surprise win in the Coca-Cola 600 for his first win of the year. After winning a race, a team tends to get much more aggressive with what they call and do as they hunt for more wins and more stage points, and with Keselowski starting on the pole, the hope with this pick is that he simply drives away from the field in the clean air.

Hamlin is another great short track driver, but his stats are much tamer at Bristol than they are at the other two short tracks on the Cup schedule. Hamlin is the most recent winner at the track as well, winning from the pole in the night race last fall.

One scary thing with Hamlin is just how great the Virginian has gotten at maximizing tire wear on long runs. In the mid-week race this week at Charlotte Motor Speedway, a 60+ lap green flag run ended the race, and Hamlin zoomed around the competition and finished second after marching through the top 10 in the closing laps. If the field can be green for just 80-100 laps on Sunday, the race could play right into Hamlin’s hands.

When Busch hasn’t finished outside of the top 15 in the previous six races and he’s at this price heading into Bristol, he should be an easy selection for any fantasy team.

Busch probably isn’t going to dominate and lead hundreds of laps on Sunday. That’s not how this team operates. No, the No. 1 Chevrolet is built to hover around the top 10 the entire race, then turn on in the final quarter to compete for a top-five finish. Even with no practice, a veteran like Busch should be perfectly fine on the high banks.

Last fall, after being informed he would not return to Leavine Family Racing and that he had nothing on his plate for 2020, DiBenedetto drove his heart out in the night race at Bristol. He led 93 laps before being passed late in the race by Hamlin and DiBenedetto was able to finish second. This run was able to put the Californian’s name on the table for the soon-to-be-vacant No. 21 Ford. Now, DiBenedetto returns to Bristol in Team Penske caliber equipment- the best he’s ever had at Thunder Valley.

Did FanDuel watch the Cup race on Thursday? Stenhouse is going to his best non-superspeedway oval and a track he’s finished second at twice, one that plays into all of his strengths as a driver, all on the heels of finishing fourth at Charlotte. At this price, Stenhouse is an absolute no-brainer.