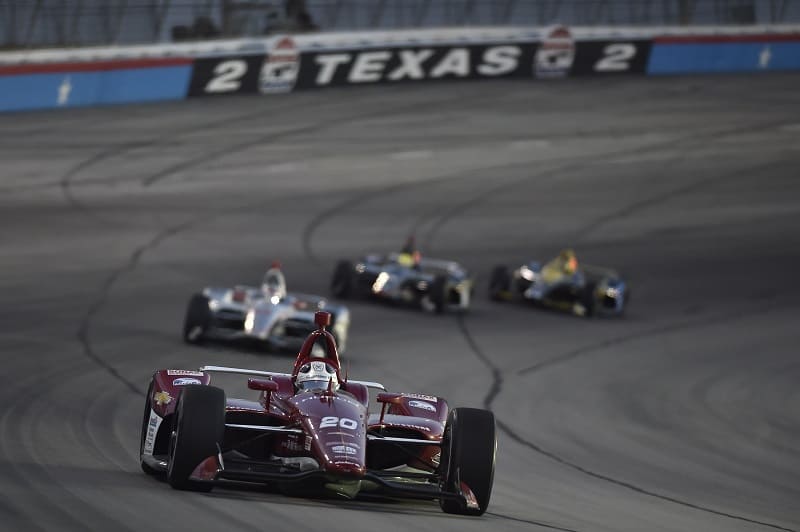 The NTT IndyCar Series returns to action in June 2020, almost three months behind its usual schedule. With the series—and the world—having changed drastically since the end of the 2019 IndyCar season, what are fans honestly going to see in this opening frame of an abbreviated season?

There’s been more than enough discussion about the issues IndyCar faces going into June. The ongoing COVID-19 pandemic has completely changed our entire world, including the way motorsports are run. While cars will be back on track at Texas Motor Speedway this Saturday, the grandstands will be empty. Teams will run on a condensed one-day schedule instead of the full three-day race weekend experience. Those changes will have not only an experience effect, but a preparation effect and an economic effect.

In addition, hoping to avoid the tire problems that have occurred at the track in the past, Firestone has laid out a limit of 35 laps per tire stint for the Genesys 300 that will complicate teams’ strategy.

Then, of course, there’s the new aeroscreen. New ownership. There’s probably more that’s new about the 2020 IndyCar season than there are things that have stayed the same.

It all adds up to a tremendous air of uncertainty—not only for the fans, but for everyone involved. We’d all like to believe that once racing resumes, everything is going to be back to normal. But that’s not a reasonable expectation; we’ve seen how NASCAR looks and feels different in the last month, and that’s without all the other variables that IndyCar is processing.

Yet while it’s easy to focus on the questions and the negatives, there’s also a lot to be excited about. The series is in great hands with Roger Penske having assumed ownership; if anyone could lead IndyCar through these wild times, it’s him. It will be interesting and thrilling to see what Penske comes up with to push the league forward in the same way that Team Penske is always leading the charge on track.

Penske’s Josef Newgarden is the defending race winner at Texas—and the defending series champion. He’ll be looking for his third Astor Cup in four years. James Hinchcliffe will return as an Andretti Autosport driver, bringing him back to the team he won his first races with in 2013. Conor Daly has his first full-time ride since 2017, and he’s taking the interesting step of splitting it between two teams. Tony Kanaan will start what was supposed to be his final season; will it really be his last lap, or might the circumstances make him reconsider?

For everything that’s changed, the 2020 IndyCar season still has a full field of competitive drivers with no shortage of incredible storylines. June is where it all begins, and where fans will find out who’s a contender and who will have to fight to hang on during this wild ride.