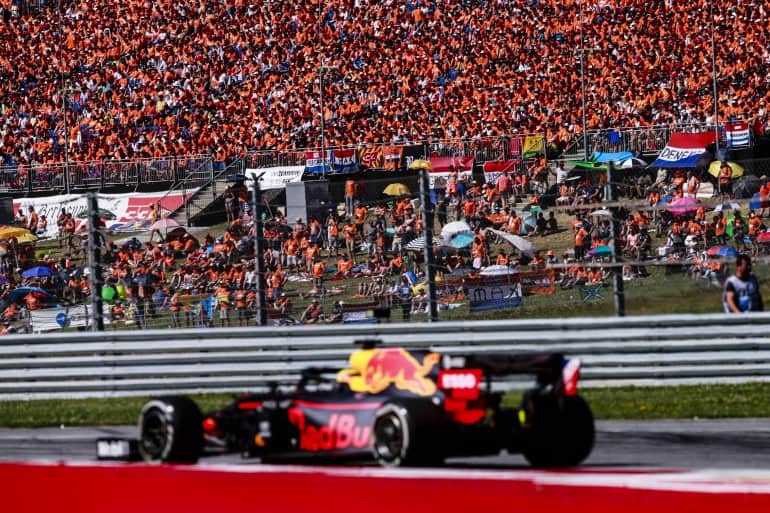 The Red Bull - Honda pairing looks like it is starting to pay off (credit: FIA Images)

The sanctioning body of Formula 1 has announced the first part of their revised 2020 schedule, outlining details for the opening eight races of the season. The 2020 schedule was put on hold in March due to the coronavirus pandemic, leading to the postponement of five races and the cancellation of four others.

Tuesday’s (June 2) announcement detailed the series’ plans for a return, beginning with a doubleheader in Austria. All events will be held over a three-day period to allow for practice, qualifying and the actual races.

BREAKING: The opening 8 races of a revised 2020 calendar are now confirmed

All 8 are currently set to be closed events, operating under the strongest safety procedures

Further races will be announced in the coming weeks pic.twitter.com/vQioKOAkQo

Beginning in July, the Red Bull Ring in Austria will host Grands Prix on back-t0-back weekends – first the weekend of July 3-5 and again the next week.

F1 will then head to the Hungaroring in Hungary for a race the next weekend, a two-week break following that race before taking off for England.

There, the series will race on back-to-back weekends at the same circuit again, with Silverstone hosting the pair of races on August 2 and August 9. F1 then visits Spain for a race weekend spanning August 14-16.

After another two-week break, a visit to Belgium closes out August for the series, which will race at Spa-Francorchamps. The eighth and final date announced for F1 is for Monza in Italy, where the race weekend takes place from Sept. 4-6, 2020.

All races are closed to fans and will emphasize the health of everyone at the track.

“In the past weeks we have been working tirelessly with all our partners, the FIA and the teams to create a revised opening 2020 calendar allowing us to restart racing in the safest possible way,” Formula 1 chairman and CEO Chase Carey said in the release.

“We are pleased to be able to set out our opening eight-race calendar today and look forward to publishing our full calendar in the coming weeks,” he added. “I want to thank every promoter and partner for their support and ongoing commitment to Formula 1.

“While we currently expect the season to commence without fans at our races we hope that over the coming months the situation will allow us to welcome them back once it is safe to do, but we know the return of Formula 1 will be a welcome boost to sports fans around the world.”

Lewis Hamilton is the current defending drivers’ champion, and will mount his title defense when F1 goes back racing in July.