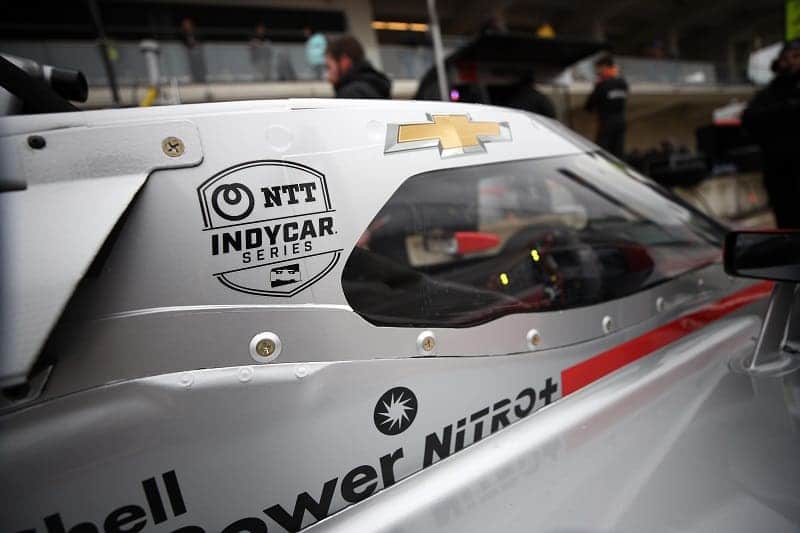 AUSTIN, TEXAS - FEBRUARY 11: A detail view of the Aeroscreen on the car of Will Power, driver of the #12 Verizon Team Penske Chevrolet, at Circuit of The Americas on February 11, 2020 in Austin, Texas. (Photo by Chris Graythen/Getty Images/Courtesy of IndyCar.)

Although the 2020 NTT IndyCar Series schedule looks different this year, the desire to win is still present in every team. Perhaps they’ll drive for another purpose as well—to bring a sense of normalcy to a world in disarray and turmoil. In this new normal, who will be the toughest competitors with the best chance at the Astor Cup? Which teams will have a tougher road ahead of them?

Here are Frontstretch’s first IndyCar power rankings for June 2020. Let us know how you would rank the full-time NTT IndyCar Series teams in the comments.

Team Penske is the top organization coming into the 2020 IndyCar season. All three drivers (Josef Newgarden, Simon Pagenaud and Will Power) finished in the top five in the championship last season. Their nine victories in 17 races were far more than any other team. When you capture both the Indianapolis 500 and the championship in the same year, you unquestionably have the roster to beat. Penske looks to continue their success this season, beginning with Texas Motor Speedway where Newgarden will try to defend his 2019 victory as well as the 2019 IndyCar championship.

Andretti has the talent to be a strong contender for the Astor Cup this season based on their performance in 2019. Alexander Rossi notched two wins and nearly had a third at Indianapolis Motor Speedway. Colton Herta also had two victories, and Ryan Hunter-Reay earned two podiums. Although they had some success, Andretti’s season as a whole left something to be desired—which gives them something to build off of this year and the motivation to do even better. Plus, James Hinchcliffe is returning to the fold and will be gunning to make a big impression in his limited number of races.

Chip Ganassi Racing expects victories from its talented fleet, yet only obtained two in 2019—both coming from Scott Dixon. The New Zealander also earned 10 podiums, most of any driver in the series, proving that he remains a threat to earn his sixth IndyCar title. Felix Rosenqvist had two podiums in his rookie year as well as four top fives. The team added Marcus Ericsson, who showed great speed and earned one podium finish with the former Schmidt Peterson Motorsports roster in his debut season. Put that all together, and CGR has tons of potential as it also celebrates the organization’s 30th anniversary.

As most of you may know, this year marks @CGRTeams 30th Anniversary. It's only appropriate that we take a walk down memory lane with @scottdixon9.@CGRindycar // #INDYCAR // #CGR30 pic.twitter.com/q1MeNhqa5y

Arrow McLaren SP (formerly known as Schmidt Peterson Motorsports) completely reset for 2020, switching from Honda to Chevrolet and overhauling its driver lineup with two Indy Lights champions. Oliver Askew won seven times and earned 15 podiums during his Indy Lights title run in 2019. Patricio O’Ward won nine times and had 14 podiums in his 2018 campaign, although he didn’t finish higher than eighth in his handful of IndyCar races with Carlin last season. Still, both drivers have displayed a fierce desire to win—including in the iRacing events where they ruffled a few feathers—and with the backing of McLaren behind them, expectations and possibilities are both very high for the rebranded team.

RLL finished ninth and 10th in the 2019 IndyCar standings. Takuma Sato, who had the team’s two wins, was in the hunt for what would have been his second Indy 500 victory. He took third place in that race and went on to get two more podiums. Though Graham Rahal only had one podium, he did finish fourth three times. At Barber Motorsports Park, Rahal had a strong car until lap 56, when a battery failure forced him to pull off course. RLL will aim to learn from and triumph over last season’s mishaps and again be a factor in the championship.

RT if you are as excited as we are for @IndyCar to get #BackOnTrack! @TXMotorSpeedway always produces exciting races. ?

Carlin’s lone full-time entry in the 2020 IndyCar season is split between two drivers: Max Chilton will drive the No. 59 on road and street courses, as well as the Indy 500, while Conor Daly takes on the ovals. Carlin recorded four top 10s as a whole in its second NTT IndyCar Series season, which was quite an accomplishment considering six drivers competed for the team last year. Since there are only two lined up this season, the newfound consistency should lead to more success.

Like Arrow McLaren, Dale Coyne Racing has young drivers in its lineup. Santino Ferrucci, who just turned 22, displayed his talent and speed on ovals last year with three fourth-place finishes and an incredible drive from 23rd to seventh at the 2019 Indy 500. Ferrucci led 118 laps during the season and was ultimately 13th in the standings. New to the organization is Alex Palou, who competed in Japan’s Super Formula series last year. Though both are fairly inexperienced in IndyCar racing, some speed and good breaks could see a Dale Coyne Racing driver finish within the top 10.

92 days of anticipation await, but today we celebrate tradition and the #Indy500.?? @indycar #INDYCAR pic.twitter.com/DVeJ9ZQHq9

Ed Carpenter Racing will field two full-time entries in 2020: Ed Carpenter (ovals) and Daly (road/street courses) will split the No. 20 car while rookie Rinus VeeKay pilots the No. 21 Chevrolet. VeeKay will especially be intriguing for IndyCar fans to watch, as he nabbed six victories en route to finishing runner-up in the 2019 Indy Lights standings behind Askew.

Meanwhile, Carpenter continues to prove he’s one of the fastest drivers at Indianapolis, having qualified on the Indy 500 front row for the third straight season in 2019. He also nearly won at World Wide Technology Raceway at Gateway, losing to Sato by 0.0399 of a second. His and Daly’s dedication and leadership should help VeeKay adapt quickly to IndyCar’s highly competitive environment.

So what are we looking forward to next week…Texas or Texas? ? pic.twitter.com/Ybp8YrlbxK

2020 will be Meyer Shank Racing’s first full-time IndyCar season, up from 10 events in 2019. Last year Jack Harvey earned the team’s first podium finish at the IndyCar Grand Prix, which was also Harvey’s first podium in the series. The team looks to keep improving and obtain their first IndyCar victory, while partnering with Andretti Autosport for technical support. They still have work to do, but the 2020 campaign should be a major step forward and Harvey could even spoil someone’s race weekend.

We are so ready to get on track at @TXMotorSpeedway on Saturday.

Experience abounds at AJ Foyt Racing as veterans Charlie Kimball and Sebastien Bourdais join the team for the 2020 IndyCar season. Kimball will drive the No. 4 Chevrolet, while Bourdais, Tony Kanaan and rookie Dalton Kellett will share duties in the No. 14 car. But will that experience be enough to overcome the fact that Foyt’s entries have continually struggled over the last several years? If any lineup can push the team forward, this is the group; they just need to have cars that match their talent.

Helmets are one of the few pieces of a driver’s uniform that they can customize, showing their personality, interests and more. @Dalton_Kellett talks about why he chose his helmet design and hows it has evolved.