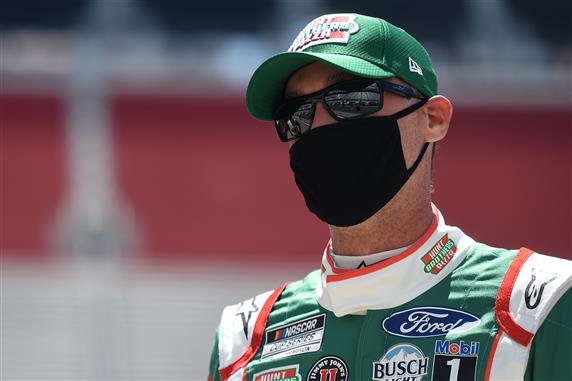 It was great to have the old Bristol Motor Speedway back on Sunday (May 31)! This reminded me so much of the altercation between Dale Earnhardt and Terry Labonte so many years ago. Only this time, instead of one guy going to Victory Lane and the other guy complaining, both guys got taken out, and we had one of the most memorable face-mask-to-face-mask confrontations since that crazy day at Daytona International Speedway back in 1979. Okay, except rather than having a crazed look on his face swinging a helmet, the offended party was wearing his PhD student eyeglasses. But otherwise, it was almost identical. Bristol is back baby!

With that, let’s look at this week’s Power Rankings.

Do you have any complaints about the Power Rankings? Do you think another driver is more worthy of making the cut? Include your ranking in the comments section and your comment might make the article next week!

What is it with Frontstretch and Erik Jones? He struggled at the start of the year, just like his Toyota teammates, but since NASCAR’s return he’s run strong. His only bad finish was Charlotte 2, when he pitted outside the box. Yes, he didn’t get the car in the box, but it’s on the crew chief, spotter and crew, if they service the car outside the box. Jones is 14th in the points, and ahead three drivers you have ranked, Johnson, Reddick and Kenseth. He also has more top 10’s than Blaney, Bowyer and Amirola (and Bowman who has a win).

Frontstetch has called Jones inconsistent in the past, but it’s his crew that is often inconsistent. The stop outside the box, cost him a lap and a top 10 run at Charlotte. He was fifth and moving forward at Darlington, when he was slowed by a vibration, caused by two loose lug nuts (and he still finished eighth). Last year he had two or three good runs ruined by wheels left loose, and was eliminated from the Chase, when a top 5 was turned into a last place, when his car failed post race tech.

What does JH Nemechek gotta do to get in the rankings? He’s outperformed Reddick in much lesser equipment. I understand the narrative was the Big 3 rookies, but this kid is outrunning them at some of the most difficult tracks on the circuit.