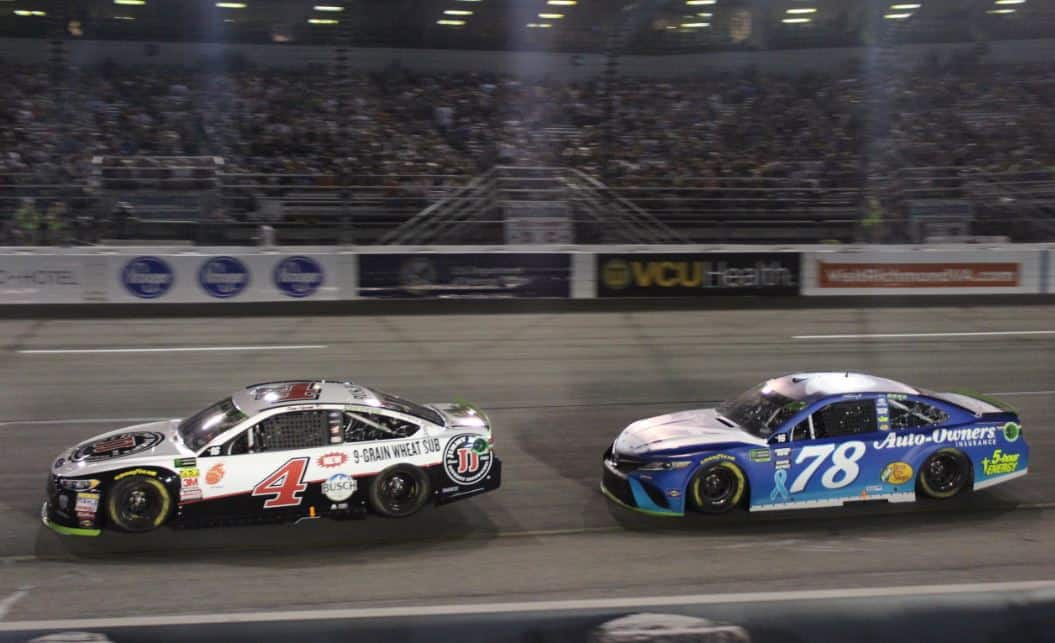 For the first time since its extended break due to the COVID-19 pandemic, the NASCAR Cup Series is currently in the midst of its first week-long break from racing.

Starting with its return at Darlington Raceway last month, the series embarked on a frenetically paced schedule during which drivers generally had no more than three or four days of rest before returning to the track. But following Sunday’s (May 31) Bristol Motor Speedway event, the circuit slowed its roll a bit before hitting Atlanta Motor Speedway for this Sunday’s (June 7) Cup event.

What better time than now to check in and see how the generally 40-car field has been doing in the meantime since returning from break?

The leader of the pack probably won’t surprise you in the slightest. Some of the others? Read on and see for yourself.

After failing to finish better than fifth pre-pandemic, the driver of the No. 2 has been on a tear in recent weeks, winning the Coca-Cola 600 at Charlotte Motor Speedway and following it a week later with a victory at Bristol in the series’ latest event. Teammate Joey Logano may have been the man to beat at first, but Keselowski’s stolen the crown.

Harvick’s worst finish during this stretch? 11th, which he earned at Bristol. Tough to argue with that kind of consistency, especially when a win at Darlington is part of the equation. In fact, in many ways Harvick has shown more overall strength than Keselowski — it’s just that the latter’s closed the deal more often when it matters.

A new teammate hasn’t slowed Busch; in fact, he’s only gotten better, following finishes of 33rd and 25th to start the season. With Kyle Larson‘s departure, Busch has established himself as Chip Ganassi Racing’s head honcho early, while replacement Matt Kenseth sits with an average finish of 21st and one top 10.

Some have written off Truex as no longer a championship contender after the departure of crew chief Cole Pearn, but things aren’t actually that dire. Despite no wins or top fives to start the year, the No. 19 has rattled off four top 10s in the last five races after finishing no better than 14th pre-coronavirus. That’s the kind of consistency Truex and co. need, and don’t be surprised to see those top 10s become top fives in the next five events.

Cup’s return to racing has been an up-and-down affair for Hamlin, who’s paired a Darlington win and a runner-up finish at Charlotte with finishes of 17th and 29th as well — something that slots him slightly below teammate Truex in these rankings.

After skipping the season-opening Daytona 500, Smithley has started each Cup event since. And despite landing his best finish of the season — and of his Cup career — last weekend at Bristol, scored 26th, his Cup season has been a bit of a struggle, best represented by his lap 1 wreck at the second Charlotte race.

BJ McLeod Motorsports’ debut foray into Cup racing has resulted in a pair of DNFs for its owner-driver, though only one — the No. 78’s first race, coming at Darlington — was a major defeat, with McLeod finishing 39th after an engine expired on his car 13 laps in. Otherwise, he’s mostly stayed out of trouble, with his Bristol DNF due to a crash coming in the waning moments of the race.

2020 marks Gase’s first attempt at a full Cup schedule, and thus far his best result with Rick Ware Racing is 23rd, which came pre-pandemic in the Daytona 500. Since NASCAR’s return, Gase has managed a top 30 just twice, both times at Darlington (30th and 29th). Otherwise, the learning curve has been steep.

Houff’s not yet been able to improve on his results with Spire Motorsports in a part-time run in 2019; with StarCom Racing this year, his average finish through nine races is 0.3 points lower. However, he’s been better than he was at Spire since Cup’s return, thanks to a pair of top 30s at Darlington and Bristol.

A 24th-place run at Bristol marked the first non-superspeedway top 25 for Poole, whose results have mostly otherwise remained the same as they were at the beginning of the season, despite a slight change of teams due to Premium Motorsports selling to RWR.