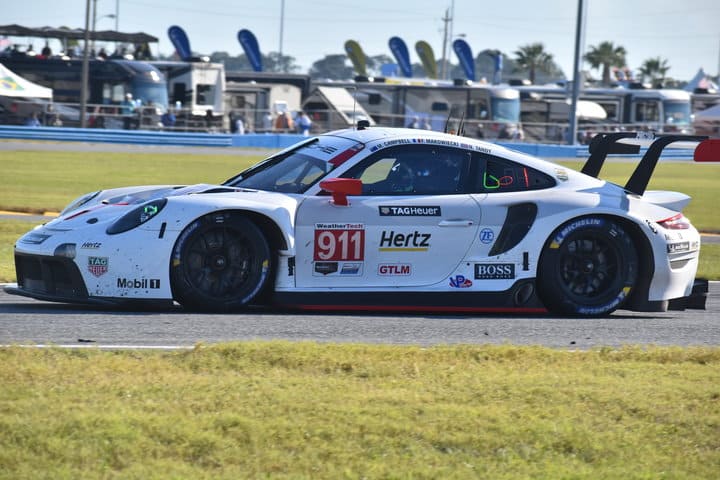 Porsche announced Thursday morning (June 4) that they will cease factory involvement in the IMSA WeatherTech SportsCar Championship’s GT Le Mans class at the end of the 2020 season.  The manufacturer indicated that making this move “makes a significant contribution to overcoming the economic effects that the coronavirus crisis has had on the sports car manufacturer.”  That said, the existing program will continue through the end of the 2020 season.

“The decision to halt our factory involvement in the IMSA series was not an easy one for us,” stated Fritz Enzinger, vice president of Porsche Motorsport.  “With a view to the current corporate situation in connection with the Coronavirus pandemic, it is only logical for Porsche Motorsport to make a contribution to coping with the economic fallout. We’ve openly discussed our exit with all involved. At this point, we’d like to convey our sincere thanks to Jim France and the colleagues at IMSA for their understanding. Porsche belongs in endurance racing. We will work hard to ensure that this is only a temporary Auf Wiedersehen.”

What could be next in the IMSA WeatherTech SportsCar Championship for Porsche?  At bare minimum, they will continue support of customer programs in the GT Daytona class with the Porsche 911 GT3 R.  Beyond that, the manufacturer has committed to studying the potential for an LMDh effort in the future, but with no set plans.

Generally speaking, everyone involved is saddened by the news.  A number of the team’s drivers took to Twitter after learning the news.

Yes, it's true. Porsche will pull the plug on our GTLM program in IMSA at the end of this year. No words can describe how this feels. Over the years we build up such a strong team of people. This was always my dream program to do.. It's such a shame that this had to end. pic.twitter.com/e5O72bkqBd

The news that we won’t continue in GTLM in America in @imsa_racing is a massive blow for everyone involved. We have made something special over the 6 years with this team and it’s like a second family for many of us. For now we are just focused another championship for @Porsche pic.twitter.com/FaNn5mFwXC

Unfortunately Porsche decided to stop his factory program in @IMSA. Tough times for everyone but happy to have been part of such a great team. Wishing the guys the best to finish that season in style and go for the championships. pic.twitter.com/GtryLzu8sT

Porsche’s North American factory operation is run by CORE autosport out of Rock Hill, S.C.  While CORE autosport has competed in major events for well over a decade, their relationship with Porsche as a factory operation dates back to the beginning of what is now the IMSA WeatherTech SportsCar Championship in 2014 after the ALMS/Grand-Am merger.  In that time, the team has claimed two class championships (2015 with Patrick Pilet and 2018 with Earl Bamber and Laurens Vanthoor).  In addition, they have 16 class victories and two overall victories.  One was Lime Rock in 2017 during a GT-only event.  The other was the rain-shortened 2015 Petit Le Mans with all classes.  Combined, the teams have earned 48 podium finishes.

The move will ultimately deal another blow to the IMSA WeatherTech SportsCar Championship’s GT Le Mans class.  With Porsche at the moment, the class only has six full-time entries (Risi Competizione is part-time with their Ferrari).  Porsche’s departure will drop the class to potentially only four full-time teams for 2021.