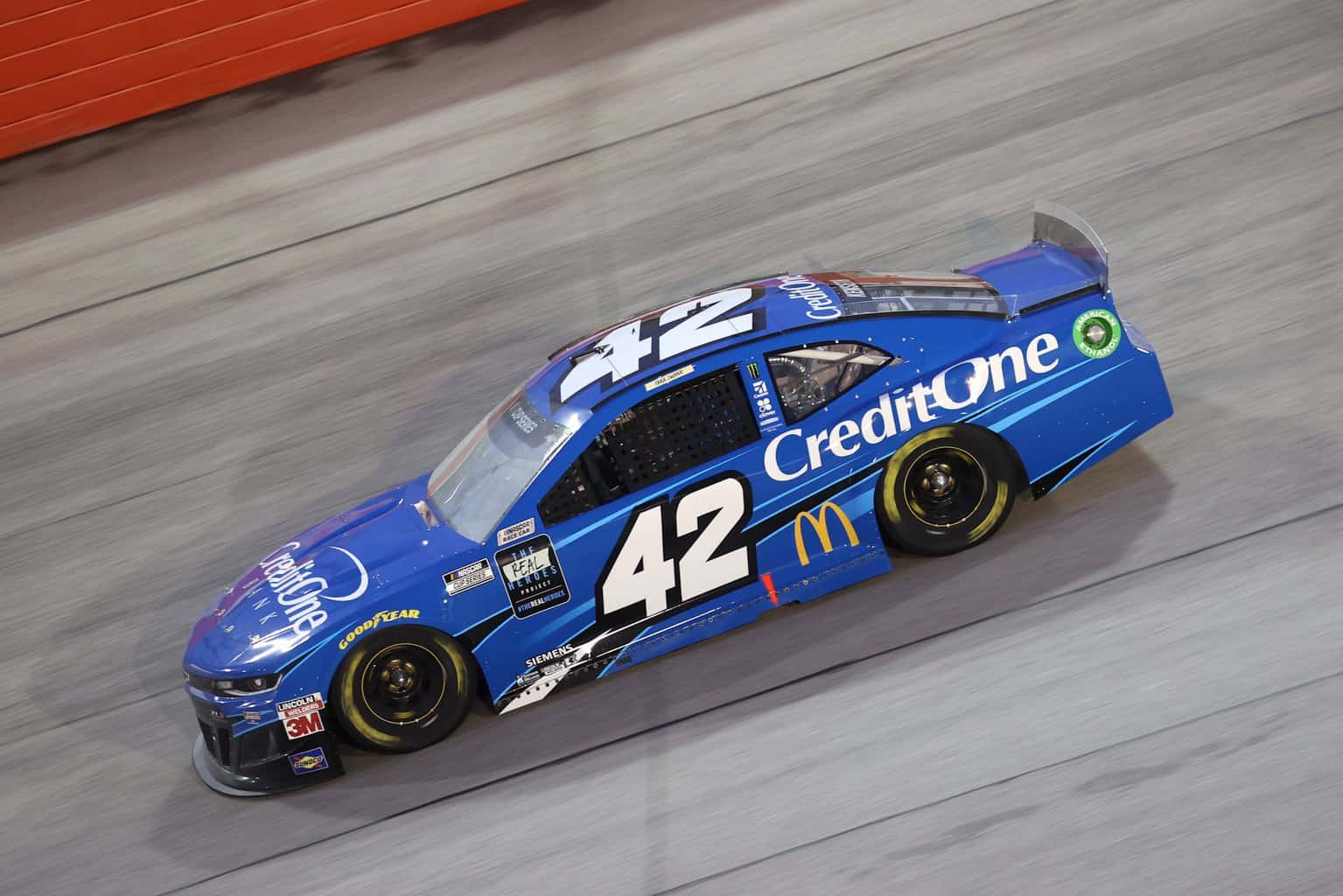 Less than two months ago, Matt Kenseth wasn’t planning on racing in NASCAR this season or maybe ever again. Now he finds himself five races into his Cup Series season with Chip Ganassi Racing.

Unless you’ve been living under a rock, you know Kenseth replaced Kyle Larson after the former driver of the No. 42 Chevrolet used a racial slur during an iRacing event in mid-April. After Larson’s primary Cup sponsors terminated their contract with the driver, it left Ganassi with no choice but to fire Larson.

When the Cup schedule resumed at Darlington Raceway on May 17 after a 10-week hiatus due to the COVID-19 pandemic, Kenseth found himself in uncharted territory: running a NASCAR race for the first time in 18 months, in a new aerodynamic package with no practice.

Kenseth ran between 15th and 20th for much of the first race at Darlington, methodically making his way up to 10th at the checkered flag. Overall, the first race back probably went better than expected, other than some mishaps on pit road.

“The driving part wasn’t too bad,” Kenseth recently told Frontstretch. “I felt like I got up to speed fairly quickly. There’s certainly mistakes I made or some things I didn’t understand about this rules package, restarts and keeping my momentum and not always putting my car in the right spot.

“That race went OK and [we] got a good result. The second race at Darlington, we probably ran a little bit better. I just made a couple of mistakes.”

In the second race at Darlington on May 20, Kenseth primarily ran inside the top 10 prior to blowing a tire and getting into the wall. Ultimately, the No. 42 took the checkered flag in a disappointing 30th, two laps down.

At the Coca-Cola 600 — the only race thus far that’s had qualifying — Kenseth started fourth and ran inside the top five for the opening laps. However, his race took a turn for the worse on lap 277 when the No. 42 got loose in turn 2, pounding the outside wall, placing 26th.

With finishes of 23rd at the second event at Charlotte Motor Speedway and 16th last weekend at Bristol Motor Speedway, Kenseth has an average finish of 21st through his first five races back.

“Up and down, just trying to get caught up, back up to speed, limit my mistakes,” Kenseth said. “It’s been a challenge, about what I thought, maybe a little tougher for me to get acclimated and get going.

“It’s been challenging with no practice, really, for us to be able to work together as team, go through changes. Definitely wish the results were better, but it’s gone OK.”

The four intermediate races (two at Darlington, two at Charlotte) have featured the new aero package, debuted in its entirety last season with 550 horsepower and an 8-inch spoiler. Kenseth, still learning the rules package, compares it to the way an Xfinity Series car drove “four or five years ago.”

Throughout his 22-year Cup career, Kenseth has enjoyed saddling up with more horses under the hood.

“It definitely presents some challenges,” Kenseth said. “It’s hard to pass; you’ve got to pick your spots. It’s a different kind of racing; more strategy on restarts. I’ve always been a fan of less downforce and slowing down more for the corners, having the power to accelerate. You have to learn to adapt to it and make it work for you. It’s the same opportunity for everybody, so you’ve just got to be able to figure out.”

With no practice, Kenseth says some things he expected with the package to be easier have been harder and vice versa.

“It’s hard to predict exactly what it’s going to be like when you haven’t been in the car for an extended period of time and a new team, new rules, all of that kind of stuff,” Kenseth added. “It’s definitely been a lot there to try to adapt to without a lot of time to adapt. A little practice, I think, would help us. But I feel like every time we go to the racetrack, the communication gets better and a little easier for us.”

Kenseth has been working with Chad Johnston, who has led the No. 42 team since 2016, earning six wins with Larson, as his crew chief. Prior to getting the opportunity to drive for CGR, Kenseth said he’d never met Johnston but noted the team is being patient with the Wisconsin native.

Kenseth said: “He’s been doing a great job of bringing great cars to the track. If anything, they’ve been having to be a little bit patient with me. They were running really well with Kyle, and I came in here with some time off, probably not adapting as quickly as, honestly, we probably all hoped I would. Trying to do the best we can to get up to speed without the practice.”

Because of the current social distancing guidelines at the track and at the team’s Concord, N.C., race shop, Kenseth said it’s been “odd” not being able to interact with the No. 42 team much.

But the driver is hoping he can deliver for CGR, as the team had momentum, sitting seventh in the owner standings prior to the restart of the season with three top-10 finishes in the opening four races of 2020.

“They had everything going good and the only thing they really changed was me, so the momentum breaker has been most likely the driver changed,” Kenseth said. “We’re certainly going to try to get that back. Obviously, they’re very capable and I just have to get my end sewed up a little and keep working together to understand each other a little more, what we need in the car to run fast.”

Kenseth admitted he bases fun off results, though he enjoys being back behind the wheel in Cup. He hasn’t, however, looked at points.

“I haven’t been looking at them at all,” he said. “Obviously I know we’ve got to a lot better than 20th to race for a championship, so that’s not something I pay much attention to at this point.”

Brad better watch his back.