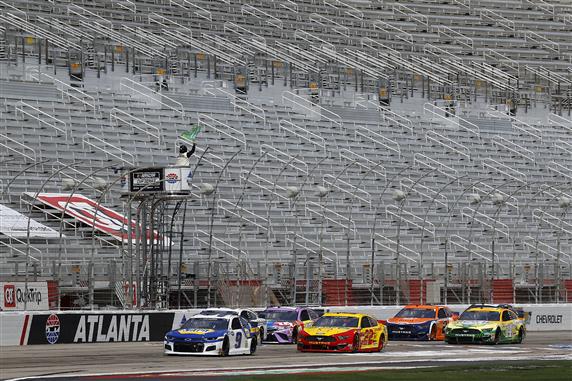 Beside the Rising Tide: 3rd-Rate Rendezvous

Well campers, what should we talk about this week? I mean there’s nothing going in our insular little racing world across these vast United States of America, is there? Well quite obviously there is, of course, as all of us find a way to cope with an ongoing pandemic that has made a quick trip to the grocery store the logistical equivalent of landing a man on the moon. And then there are protests out in the street and outbursts of violence that are frightening to contemplate because of how suddenly peaceful protest sometimes morphs into looting and arson.

Social injustice isn’t a new problem. It’s just one that now that everyone carries a cellphone which will record video and audio is all too often splashed across your TV screen in graphic Technicolor. Hearing a man died in the street begging to be allowed a simple breath of air as a police officer sworn to protect and serve the community kept his knee to that man’s neck for almost nine minutes even after the victim lost consciousness is one thing. Watching it play out in real time while spitting your dinner into a napkin watching the news is a whole other matter. Greater minds than mine are needed to solve social injustice issues. The only thing I’ll say is the problem is real, it needs to be addressed and it needs to be addressed quickly. This is what my former roommate Dan would have declared, “A major league, yahoo, f***ing disaster.” But burning down the local Sears and Roebuck isn’t going to fix anything.

I mention all of this only to stress I mean no disrespect doing what I always do Sunday afternoons and Monday mornings, which is writing about racing. Yes, there are bigger more important issues out there. But this is what I do. There’s always been other important issues outside of racing and likely always will be. And there’s plenty of folks to write about them. We now return you to your regularly scheduled column.

Remember the long racing hiatus earlier this year? NASCAR pulled the plug on racing just about the time the transporters were turning into the garage area for Atlanta Attempt One. And for somewhere around 10 very long weeks, NASCAR went as silent at the croakers in the crick across the street during a cold snap. Stock car racing was hardly alone in taking an unintended and unplanned timeout. Stick and ball sports like hockey and hoops had been approaching their playoffs. NCAA college ball was about to host its big tournament. The crack of baseballs into well-oiled gloves was signaling the start of training camps prior to about the millionth season of Major League Ball. Not so fast, ya’ll. All of it was either put on hold or outright canceled until next year.

And then on May 17, the Circus came sneezing and wheezing back to life for stock car fans. News outlets that normally treat NASCAR and its fans like a colony of lepers trumpeted the fact that NASCAR stock car racing was about to become the first big-league sport to resume operations. OK, there had been German soccer and Korean baseball, either of which you’d have needed to restrain me, sedate me and tape my eyes wide open to watch. We’re talking real life sports right here in the USA.

Imagine the opportunity, some thought. Live NASCAR races would be broadcast this spring with no competition from the NHL, NBA, or The College Ball tournament. Not only was NASCAR going to be the big dog, it was going to be the only dog off the leash. There was some discussion frustrated fans of other sports would tune into ours and become enamored with a sport they once thought in pitiful ignorance was just cars driving around in circles.

That first Darlington race back in May was a fairly good one, I thought. (Or perhaps absence just made the heart grow fonder.) And a fair amount of non-NASCAR fans must have tuned in. 6.3 million fans are said to have tuned into the race, giving it a 3.71 in the Nielsen ratings.  That’s way above average for a stock car race as of late. Of course it pales in comparison to this year’s pre-pandemic if rain-plagued Daytona 500, with almost 11 million fans coming back to watch despite rain postponing the event a day and a ludicrously late end time. A 6.26 Nielsen rating is nothing to sneeze at (if we were in fact still allowed to sneeze without being shunned for a month). But the 500, the Great American Race if you will, is our big event of the season. NASCAR may be alone in the Wide World of Sports in kicking off its schedule with the biggest event of the year rather than holding it as the conclusion of the season. In comparison, it would seem to date that the last NASCAR race of the season during which our champion will be crowned has grabbed the general public’s attention like a public service announcement on invasive toenail fungus delivered in Esperanto.

A 3.71 isn’t awful. It beat every non-Daytona 500 race broadcast last year on either FOX or NBC. Last year, NASCAR averaged a 1.768 Nielsen rating for the season, down from a 1.889 season average in 2018. Many events last year struggled to break the 2.0 rating I was once told was the absolute basement. Weather complications left Dover last May with the ugly pup award, with just a .96 TV rating and about 1.5 million folks watching that race. Weather is always going to be a hazard at stock car races, but back in the sport’s boom days, I’d have wagered my left nut that no stock car race would ever have a less than 1.0 rating even if snowplows were on the track for the majority of the race.

Despite the fact NASCAR is still the only game in town when it comes to major league sports, things have just gotten grimmer from there. The second Darlington race managed just a 1.22 rating. The World 600 did a little better with 2.37 rating. The second Charlotte Cup race really sucked eggs with a pitiful .91. Bristol did a bit better with a 1.74. But that number was down slightly from 2018’s 2.4 (to be fair, last year’s Bristol race did even worse with a 1.71). And yet we’re still the only game in town as far as live professional sports. Close to a million less fans chose to watch this year’s Bristol race than chose to do the same in 2018. Hey, where’d ya’ll go? The racing is actually pretty good this year most weeks. This Elliott kid might actually amount to something.

Yes, I’m aware that the weather this year has been practically biblical it’s been so bad. It was lousy before the unscheduled break and it’s gotten worse since. Only two race weekends this year haven’t been adversely effected by weather: Fontana, and happily enough, Bristol. But rain delays at Charlotte did in fact shakeup the racing at Bristol to a degree simply because FOX had to delay a race to get the equipment to the track in time.

And I’m aware we are living in unsettled times. The schedule NASCAR released prior to the season is now only useful as chewed up gerbil bedding. Some fans might not have even got the memo things were cranking up again. Right now I am constantly getting emails, messages and phone calls from friends who are casual NASCAR fans asking when the next race is and where it is at. Normally most promos for upcoming races are done during the previous race. If you miss one you’ll likely miss the next one too. This is an awkward time of year in TV land anyway. Most of the high profile, high ratings shows have finished their 2020 seasons and are in repeats, leaving us with foo-foo-raw like Ultimate Tag.

Midweek races weren’t even in discussion practically until they happened. Those 1.22 and .91 ratings indicate either the fans weren’t informed of the starts times or didn’t care for them. Hopefully NASCAR will host a midweek race or two with good weather and adequate promotion before simply abandoning the idea. That hope was dealt a blow when this week’s Xfinity race (0n a Monday night) reportedly earned a .09 rating. I hope that’s a mistake. That’s infomercial level, or a rating that could be attributed to a bunch of bored house cats accidentally stepping on the remote and turning on the race.

It would seem when you’re the only game in town and those alleged new fans just waiting to storm the gate (as soon as the gates reopen) and millions upon millions of ex-NASCAR fans won’t even sample your wares on free TV, it is indeed time to downsize expectations for the future of our sport.

Footnote: The most viewed NASCAR race ever was the 2006 Daytona 500. 19,355,000 viewers watched Jimmie Johnson win. Many folks still think that the first flag-to-flag coverage of the Daytona 500 in 1979 won by Richard Petty was the most watched 500. 15,140,000 fans watched that epic finish after Cale Yarborough and Donnie Allison got to squabbling over the same bit of real estate. (That race earned a 10.5 rating compared to a 11.3 rating for 2006.) As far as percentage of the US population with TVs tuned into a race, that 1979 500 is and likely always be the top-rated race. Recall in that era viewers had only CBS, ABC and NBC to choose from, not the gazillion channels on your cable box these days, and that the day of the ’79 Daytona 500 a lot of the United States was hit with an equally epic blizzard that had most folks stranded at home anyway.

Matt joined Frontstretch in 2007 after a decade of race-writing, paired with the first generation of racing internet sites like RaceComm and Racing One. Now semi-retired, he submits occasional special features while his retrospectives on drivers like Alan Kulwicki, Davey Allison, and other fallen NASCAR legends pop up every summer on Frontstretch. A motorcycle nut, look for the closest open road near you and you can catch him on the Harley during those bright, summer days in his beloved Pennsylvania.
Previous Couch Potato Tuesday: NASCAR Stands Up for Racial Equality on FOX
Next FS Wrap-Up: Rajah Caruth on NASCAR’s Handling of Racial Injustice 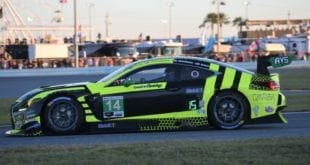 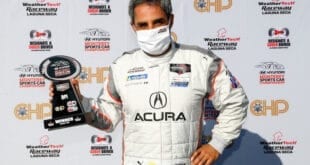