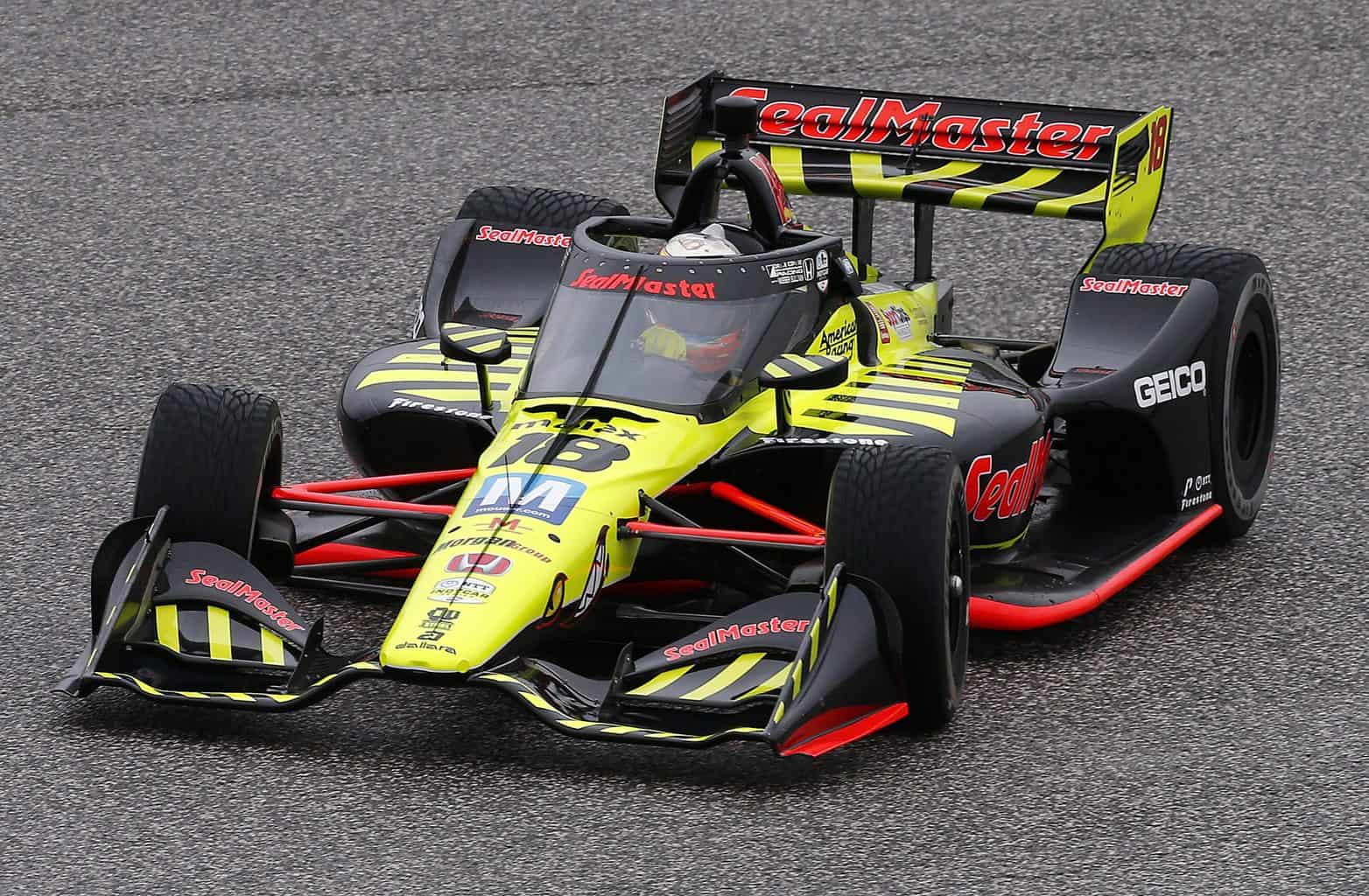 While he may not have ended his first NTT IndyCar season as overall Rookie of the Year, Santino Ferrucci certainly drew a lot of attention from fans and media around the world—some of it good, some of it bad. Here, we examine the stats to see if we can expect Ferrucci to fall into a sophomore slump, or if he’ll prove to be the comeback of the 2020 season.

No. 18 at Dale Coyne Racing with Vasser-Sullivan (2nd year)

Best finish of fourth at Texas Motor Speedway, Pocono, and Gateway. Rookie of the Year at the Indianapolis 500. Finished 13th in overall points standings.

While Santino Ferrucci has competed with Dale Coyne Racing for the duration of his IndyCar career, he has made a significant step up this year. With his former teammate Sébastien Bourdais contesting a mere two races with a whole different team, Ferrucci is effectively Coyne’s team leader when compared to his rookie teammate Álex Palou.

If there’s one thing Ferrucci has proved, it’s that he can pull out some incredible results on oval tracks. He has an aggressive driving style that appears to favor the complex aerodynamic strategizing that comes into play on ovals, and he very well should have won 2019’s race at Gateway were it not for a late yellow flag. While his run at the first race in Texas Motor Speedway ended in a pit stop disaster, there are still four more oval events that Ferrucci has a chance to dominate—including the Indianapolis 500.

Ferrucci also demonstrated that he could be a clean racer—at least for the first part of the season. Until the final two races, which Ferrucci didn’t finish, he had contested all but two laps of the 2019 IndyCar season. Consistency, more than spectacular but risky maneuvers, is key in motorsport. With an already proven track record, Ferrucci only needs to maintain that streak of decent finishes to rack up points toward a solid overall season finish.

Ferrucci is lacking one massive component when compared to 2019: experience to learn from. With no veteran driver on his team to guide him, Ferrucci will be learning the ins and outs of IndyCar almost entirely alone. And that’s likely going to hit hard on road and street circuits, the events where Ferrucci struggles most.

To further that, Ferrucci has made no friends in the paddock during the off-season. The NTT IndyCar Series followed in the footsteps of many forms of motorsport while on hiatus due to COVID-19, and it implemented a series of virtual iRacing events to keep fans entertained. In the final event at Indianapolis Motor Speedway, Ferrucci intentionally crashed into race leader Oliver Askew, putting both of them out of contention for a win. It was a move that was critiqued by fans in the motorsports world and outside of it—and many drivers had criticisms they shared over the iRacing chat.

It’s likely that virtual tensions have yet to simmer down in real life, especially as Ferrucci is known to be a hard racer. He may find that other drivers apply pressure to him much more heavily than to their other competition.

While Santino Ferrucci has proved to be a solid mid-pack racer, he’s going to have a difficult sophomore season. At the 2020 IndyCar season opener at Texas, Ferrucci proved that—despite opting against qualifying—he could put together a solid midfield run and have clean battles with his competitors. It was a pit stop mistake that brought him down.

Unless Ferrucci and his team can avoid those kinds of mistakes at tracks he should excel at—and until he improves his unspectacular performances on road and street courses—he’ll spend 2020 playing catch-up and have to wait for 2021 to secure his first win.