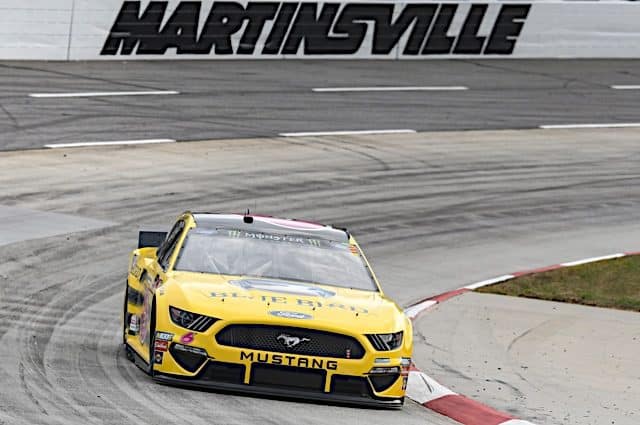 NASCAR Cup Series driver Bubba Wallace will be supporting a new paint scheme for Wednesday night’s (June 10) primetime race at Martinsville Speedway. Wallace also made comments to CNN’s Don Lemon about banning the confederate flag at events. Just how far did he go in the interview? We will tell you in the latest edition of Stock Car Scoop with Bryan Nolen.

Frontstretch’s newest podcast that focuses on the motorsports news of the week also takes a look at when fans can return to the racetrack. A small step forward starts this weekend but just who will be in attendance for the Miami-Homestead Speedway races on Saturday and Sunday afternoon? We will also share the lineup for Wednesday night’s Cup race at Martinsville.

Bryan Nolen currently goes to the Dan Patrick School of Sportscasting at Full Sail. He would like to be involved in some aspect of Motor Sports after he completes school. He hosts a podcast that is on Apple Podcasts and Google Play called Sports Talk with Bryan and TB and lives in Boise, Idaho. Follow him on Twitter @TheBryanNolen
@TheBryanNolen
Previous Daily Fantasy NASCAR FanDuel Forecast: 2020 Blue-Emu 500
Next Did You Notice?: In NASCAR, Black Lives Matter? No Confederate Flag? A Sea Change in How the Sport is Run