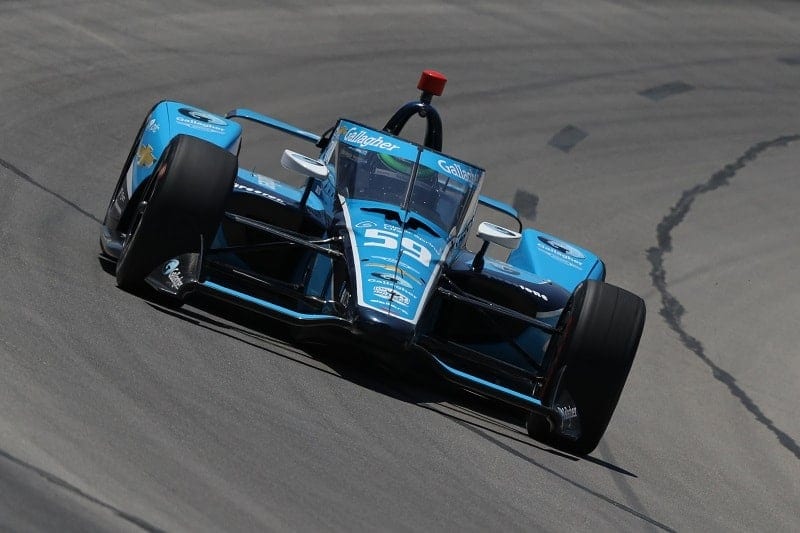 Conor Daly has been a fan favorite in the NTT IndyCar Series for years—a local Indiana driver with vast amounts of potential whose luck is so unfortunate that it inspired its own meme. In the 2020 IndyCar season, Daly is back for his first full-time campaign since 2017, and he looks hungrier than ever.

Conor Daly is back as a full-time IndyCar driver for the first time since 2017. He has been a journeyman driver for nine different teams since his series debut in 2013. This will be Daly’s first season bouncing between two teams for a full season, as well as his first time working with Ed Carpenter Racing.

What a night P19 to P6! Car was a rocket, great pit stops from the @CarlinRacing crew! No idea what happened on the last 3 laps we must have picked up some marbles because she was looser than a few slippery snakes. So thankful to be driving in this series. @GallagherGlobal pic.twitter.com/LYdajAiJoW

During 2018-19, Daly raced for five different teams of varying size and competitiveness. He competed with Andretti Autosport during the Indy 500, seeing what it looks like to mobilize a massive race effort from the largest team on the grid. He also contested events in Harding Racing’s single car.

Bouncing between teams with different expectations and still competing successfully in the equipment he’s given is easily Daly’s biggest strength. Where other drivers need structure and consistency, Daly merely needs four wheels and a functioning engine. If there’s anyone who can turn racing for two teams in one season into an advantage, it will be him.

Best of all, he has a whole season to do it. Instead of depending on the occasional race to show his mettle in hopes of nabbing another race later in the season, Daly can settle into a routine. He doesn’t have to worry about losing his ride after one bad race. Instead, he has the ability to grow his skills at each event he contests.

Daly was already impressive in the 2020 IndyCar season’s first event at Texas Motor Speedway. Though he qualified 19th out of 24 entries for the Genesys 300, he drove to a sixth-place finish. That’s his best result at Texas in his whole career.

While Daly is going to have to get used to contesting a full season again, his biggest challenge may very well be the same as his biggest strength: He’s running for two different teams. It’s one thing to adapt to a new team for a single event. It’s still another to make frequent swaps back and forth for 15 races.

And his two teams, Ed Carpenter Racing and Carlin, did not have particularly stellar 2019 season. Daly was Carlin’s highest-finishing driver last year with his sixth-place result at Gateway. It was more likely that the team would finish somewhere in the lower midfield on their best days. It’s a similar story for ECR. One fifth-place finish marked the team’s best performances on the road and street courses that Daly will be contesting; they were more likely to finish around 14th.

Daly is no stranger to midfield teams—he did debut full time with Dale Coyne Racing in 2016, after all. But he’ll have an uphill battle when it comes to making the most of his equipment and standing out from the rest of the field.

While 2020 should be a good season for Conor Daly, it won’t the one where he scores his first win. Tracks that Daly has excelled at, like the Belle Isle Grand Prix street circuit and Watkins Glen International, are absent from the post-pandemic reschedule, either due to COVID-19 related cancellations or previous series incompatibilities. It’s going to be a stretch to see him secure a podium position with the cars he’s running, but Daly will be able to string together a series of impressive runs and solid finishes, making 2020 his best season yet.

Not being able to focus all enerfy on one team must be tough. Hooe he has ongoing success and eventually lands a full time ride.