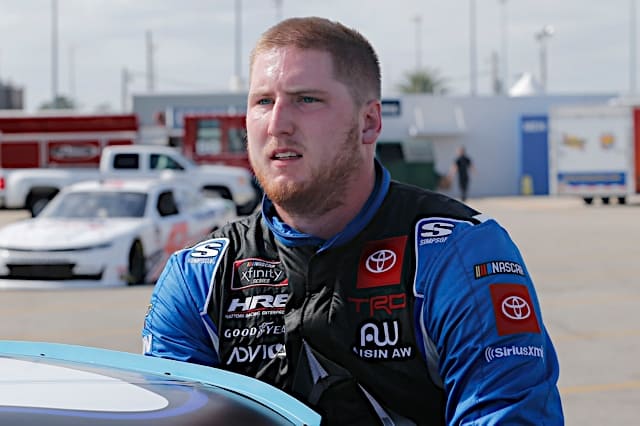 After his runner-up finish at Atlanta Motor Speedway, Austin Hill has been selected as the pole sitter for the 2020 Baptist Health 200 at Homestead-Miami Speedway.

NASCAR announced the starting lineup, which continues to be chosen via randomized draw based on the owners’ point standings, for the NASCAR Gander RV & Outdoors Truck Series race on Thursday, June 11.

Hill is the reigning Truck winner at Homestead. He will start on the front row alongside Kyle Busch.

In addition to Busch, the other two full-time NASCAR Cup Series drivers in this race are Chase Elliott and Brennan Poole. Elliott will start 16th and Poole will start 26th.

Thirty-nine drivers will compete in this race, leaving the field one driver shy of a full field. After the announcement by CMI Motorsports team owner Ray Ciccarelli that his Truck Series team would fold after this season, Ciccarelli withdrew his No. 83 from the race and Bayley Currey left the team, leaving the No. 49 Chevrolet without a listed driver at press time.

Mark joined Frontstretch at the beginning of the 2019 NASCAR season. He is an Eagle Scout & a proud University of Dayton alum. He also writes about NASCAR for Beyond the Flag.
@MarkKristl
Previous Denny Hamlin on Pole for Cup Homestead Race
Next Harrison Burton Starting First in First of 2 Xfinity Homestead Races 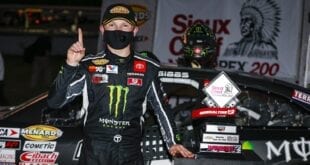 With his grandfather Joe Gibbs in attendance, Ty Gibbs aced the final two restarts on …