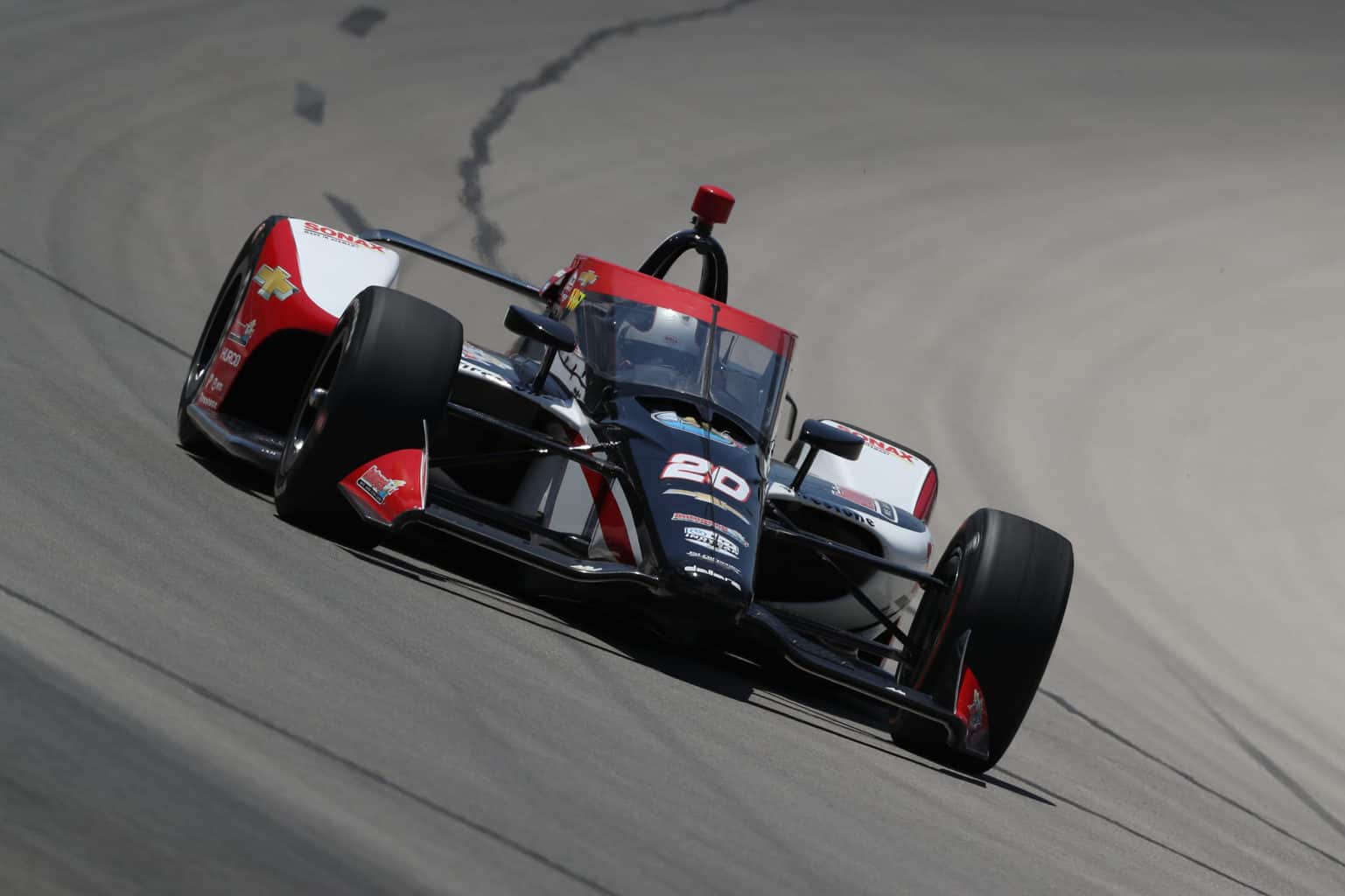 Ed Carpenter has been an IndyCar fixture since his debut in 2003, and he doesn’t have plans to leave just yet. A top-5 finish at the NTT IndyCar Series’s first race at Texas Motor Speedway proved that Carpenter may not be able to contest for a championship anymore, but he can certainly bring home impressive finishes on oval tracks as a nice complement to running his own team.

Best finish of second at Gateway.

Ed Carpenter has been one of the most stable presences on the grid for years, with this being his seventh season focusing on IndyCar largely as team owner with his on-track forays taking place on ovals only. For Carpenter, there haven’t been any changes personally; the only difference is the drivers his team is fielding this year.

It’s a Top 5 finish for the start of @edcarpenter20’s 18th #IndyCar season and 19th race at @TXMotorSpeedway! pic.twitter.com/eTFgH5Nrgd

If Ed Carpenter it’s anything, he’s consistent. Aside from instances of bad luck and mechanical failure, he’s scored within the top 15 on all oval tracks for the last three years. That streak continued when he finished fifth at Texas last weekend.

The one thing that makes Carpenter stand out from his competition is how level-headed he is. As he’s matured as a driver, it’s been tough to agitate the Illinois native. And in a season characterized by its unpredictability, its young field and its technical changes, a laid-back attitude and the ability to critique without growing upset is going to be crucial to maintaining a consistent on-track performance.

It’s difficult to imagine that Carpenter will have any significant difficulties in 2020; at this point in his career, he’s well aware of his skills as a driver and has optimized his schedule to reflect that. But that very back-and-forth nature of his role within the team could come to bite him this year.

This is the first time Ed Carpenter Racing has ever hired a rookie to contest a full-time season in the No. 21, and Carpenter had tough words for Rinus Veekay after the Dutch driver crashed at Texas Motor Speedway: “Everything I told Rinus to do, he didn’t really do.”

Veekay’s need for extra mentorship—especially on the ovals that he has never contested before—could draw Carpenter’s attention away from his own season. After all, it’s understandably difficult to focus on your own performance when you have to worry that your teammate/mentee is struggling to keep the car out of the wall.

Ed Carpenter’s recent streak of stable results, which continue dwith his fifth place finish at Texas Motor Speedway, hints at what we’ll see throughout the rest of the 2020 IndyCar season season. Carpenter is going to continue having steady finishes for his team. He’s not going to pull any spectacular wins out of the bag, but he’s going to be a top 10 force to be reckoned with at the season’s four remaining oval races.