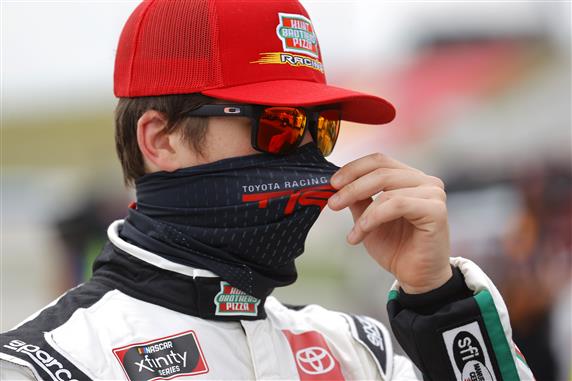 Rookie Harrison Burton has drawn the pole for the first of two NASCAR Xfinity Series races this weekend at Homestead-Miami Speedway, held June 13.

Burton remains the only driver to finish inside the top 10 in every race thus far this season. In two Gander RV & Outdoors Truck Series races at Homestead, Burton has an average finish of 12th with neither laps led nor top-10 finishes.

Starting second in the race will be Noah Gragson. In his lone Xfinity start at the track, Gragson finished fourth..

In his only scheduled start of this season, Dale Earnhardt Jr. will start 12th in his No. 8 JR Motorsports Chevrolet.

Thirty-seven drivers are entered in this race, leaving the field three shy of a full field.