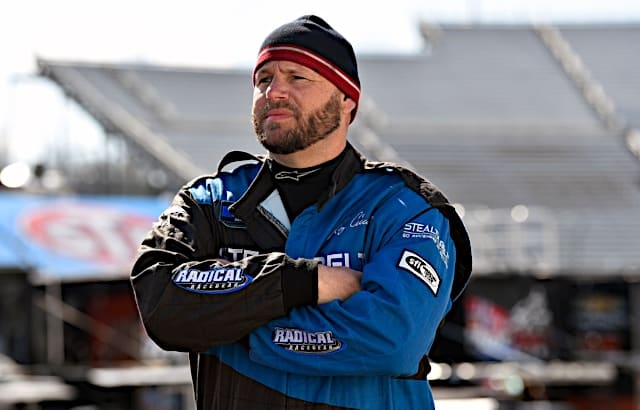 Ray Ciccarelli on Decision to Leave NASCAR, Says He’s ‘Getting Bombarded With Threats’

#NASCAR Truck driver/owner Ray Ciccarelli says he won’t continue in NASCAR after this year. He cited his reasons in this Facebook post: pic.twitter.com/NKrgPZFvyJ

The post indicated Ciccarelli would stop competing in NASCAR following the 2020 season after the sanctioning body changed its code of conduct regarding the national anthem, allowing for peaceful protests. It also came shortly after NASCAR banned the Confederate flag from all racetracks.

On Thursday evening (June 11), Ciccarelli reached out to Frontstretch to explain his position and his decision to end his career in the sport. He will, however, be driving the No. 49 truck this weekend at Homestead-Miami Speedway and select races throughout the season before departing.

Dustin Albino, Frontstretch: Walk me through what happened yesterday.

Ray Ciccarelli: I had seen the post about them taking away the rules of where you can kneel for the national anthem. That just irritated me, because personally, I don’t believe in that. I have family members that have been in the military, and so on.

I also believe, if you choose to do that, that’s your right too. It’s just irritating because I feel like you’re being told what you can and can’t do. Just slightly irritating, to be truthful with you.

Albino: Did you have an inkling that this rule was going to happen and NASCAR was going to ban the Confederate flag?

Ciccarelli: The flag means nothing to me. It never has. My thing [has] nothing [to do with] the flag, that’s why I’m not sure why it turned into the flag. I could care less about the flag. My point was, somebody out there does care about it, or [there are] people that don’t care for it. I understand both sides and the meaning of it… that I do know.

The only thing I was saying was, you take one thing from somebody and help [make] somebody else more comfortable, then you have the person you took it from, and now they’re not happy. That’s the whole point that I was trying to make.

If you go back and look at that post, I can’t believe the beating that I’m taking was all because of a flag. Absolutely has nothing to do with the flag. I’m a northerner. I’ve never had one of those flags or nothing like that. I even said that. It’s just the fact that you’re taking from somebody that it may mean something to and help someone that it means something to, too.

I don’t know if it was taken out of context or what. Trust me, I understand what that flag means to both parties. What’s the happy medium, you know?

I love what Bubba Wallace is doing, I love it. I think it’s great because that’s what he believes in. That’s what makes this country so great; you have something you believe in and you can do it.

Albino: It says Sarah Ciccarelli on the post, so is that your wife?

Ciccarelli: Yeah, that’s my wife. She has nothing to do with it. I don’t know how she got into the mix.

Albino: Her name was on the statement at the end, that’s why I asked.

Ciccarelli: I never put her on nothing. I don’t know how she got on there, to be truthful with you. All she does is have the name for the ownership [of the team]. I do everything.

Albino: Why did you feel the need to make a statement to begin with?

Ciccarelli: I was frustrated because of the whole changing of the policy. I love NASCAR racing, always have. It was the one place you could go to where you could just go have fun, everyone got along and it was a fun place to go. You could get away from the daily stresses and all of that. You didn’t have to get into politics and all the political stuff, you know?

I had no clue, because what I said, I don’t think, was wrong. That’s where I’m so shocked, to be honest with you. Me believing that I don’t think kneeling during the anthem is good and if somebody else believes in it, that’s fine. That’s what I’m saying about everyone having their own beliefs. If you believe in that, that’s awesome, you can do it.

Just like Kirk [Price, the NASCAR official who kneeled last weekend at Atlanta Motor Speedway]. I think it’s awesome that Kirk kneeled. He fought for this country, that’s his right.

Albino: What would you say to Bubba if you had the chance?

Ciccarelli: I would say, personally, I’m proud of what he’s doing and following his beliefs.

Albino: Financially, how does this affect your team?

Ciccarelli: It’s more so – other than money – I don’t live my life by money. I live it by how I live my life every day, how I treat people, and it’s more so affected me emotionally because the way I’m being portrayed is not me. That’s not how I was raised.

That’s what hurts me the most on top of my family being bashed. They have nothing to do with this.

Albino: Did you get any sponsorship inquiries because of this?

Ciccarelli: I don’t do things for political things and all of that, nor do I try to capitalize on that. I love racing. I do it as a hobby. I run the amount of races I can run because I love being a part of it. It’s my childhood dream as a kid. I use my own money to do this, and I just go to have fun. Where I finish, it doesn’t matter. Being able to strap into that truck and run laps around that track is a dream come true.

Albino: What was your racing experience prior to 2017?

Ciccarelli: Because, literally, we were getting bombarded with hate, threats and things like that. My family is getting harassed, which is disheartening. My family comes before anything.

Albino: Outside the racing community, has there been support, or has it been negative?

Ciccarelli: I’ve got both. Everybody feels the same way; there’s positives and negatives.

Albino: Has NASCAR reached out to you?

Albino: Is it weird that you have more notoriety now than when you were on the racetrack?

Albino: How would you sum up today?

Albino: After this year, do you still plan on not racing?

Ciccarelli: That’s to be determined.

BOWLES: A LOOK AT NASCAR’S COMPLEX HISTORY WITH RACE

2-HEADED MONSTER: SHOULD THE CONFEDERATE FLAG BE BANNED?

Dustin joined the Frontstretch team at the beginning of the 2016 season. 2020 marks his sixth full-time season covering the sport that he grew up loving. His dream was to one day be a NASCAR journalist, thus why he attended Ithaca College (Class of 2018) to earn a journalism degree. Since the ripe age of four, he knew he wanted to be a storyteller.
@@DustinAlbino
Previous Fire on Fridays: Change a Beautiful Thing for NASCAR
Next Jack Harvey 2020 IndyCar Season Profile 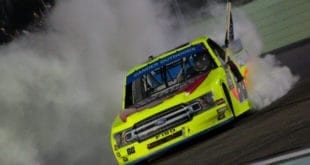 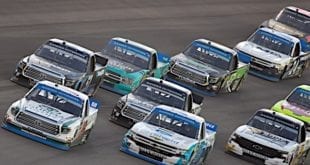