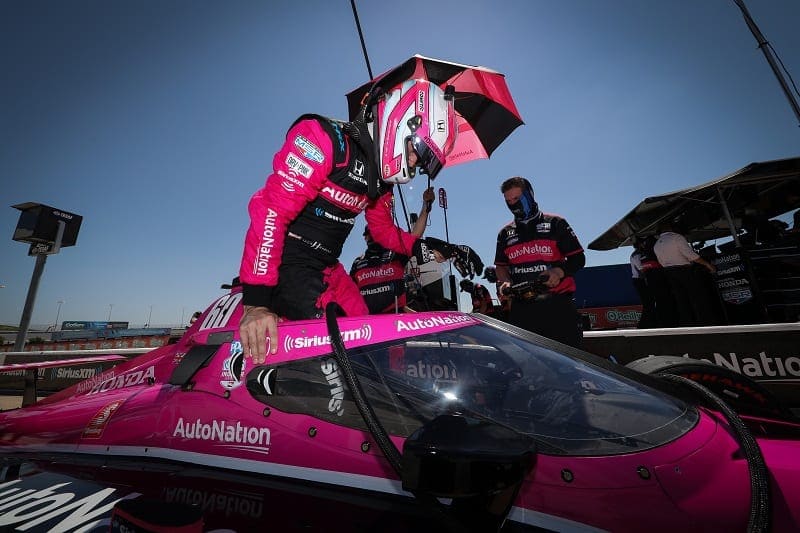 Jack Harvey and his Meyer Shank Racing team are in the same boat for the 2020 IndyCar season: both have dedicated years to entering IndyCar, but neither of them have contested a full season before.

That isn’t a simple prospect in any year, but it’s going to be especially difficult in one characterized by economic uncertainty and an extended off-season. Harvey and company will have a long way to go to get to the top this year, but if this group has been anything, it’s persistent.

Best finish of third at the Indianapolis Grand Prix.

One. Year. Ago ?? Would much rather be at the @IMS this Saturday, especially after the race we had last year?Can’t wait for July 4th weekend ✌?#GoJackGo pic.twitter.com/PXEZG6BRzH

While Harvey showed his skill with two consecutive second-place finishes in Indy Lights, the British driver struggled to make his full-time IndyCar debut. But after three years of piecemeal schedules, Harvey will be doing just that in 2020. His program with MSR has been growing steadily since 2017 after technical partnerships with other teams, but the team is finally ready to tackle a fully IndyCar season, and it’s bringing Harvey along for the ride.

Harvey has been with the MSR program since its introduction to the IndyCar world. He’s seen the team grow and evolve to the point it’s at today, finally capable of contesting a full season as its own entity. And if anything is going to be of a benefit to Harvey, it will be the comfort he’s established with the team.

Any team making it to the grid full time will have rough patches to iron out, but Harvey and MSR have already made it through a lot of heartache just to make it to this point. Harvey knows the value of determination, and he’s going to be working extra hard to establish MSR as a competitive presence in 2020.

A shortened season may even come to play in his favor, considering there are fewer tracks to take on and therefore fewer obstacles in his way. And Harvey still has the Indianapolis Grand Prix to look forward to—a race that he has dominated since his tenure in Indy Lights.

Harvey’s biggest challenges this year will likely be a series of growing pains that both he and his team need to work through as they ease into a full season. Last year, the team competed 10 races, and with the exception of the Indianapolis Grand Prix, MSR finished in the double digits at every one. A 10th place is a big win for a new team, but it also looks paltry when compared to an equal number of finishes 19th or lower.

There are financial concerns to contend with as well. Fewer races means less travel and more money saved when compared to a regular season, but big mistakes at this point in the game could be damning

Add to that the fact that Harvey has only contested the Indianapolis Motor Speedway oval—not Texas Motor Speedway, Iowa Speedway (which this year will be a double-header), or World Wide Technology Raceway at Gateway. He’s going to have a steep learning curve, especially if his 16th-place finish at Texas this month is indicative of his performance later in the season.

The 2020 IndyCar season is going to be a tough one for both Harvey and MSR. Their battle will be less for podium positions and wins, and more fighting to maintain their full-time status in the sport. But if Harvey can run a season of clean races and come out on the other side an improved driver, that could be the best win the team could ask for.