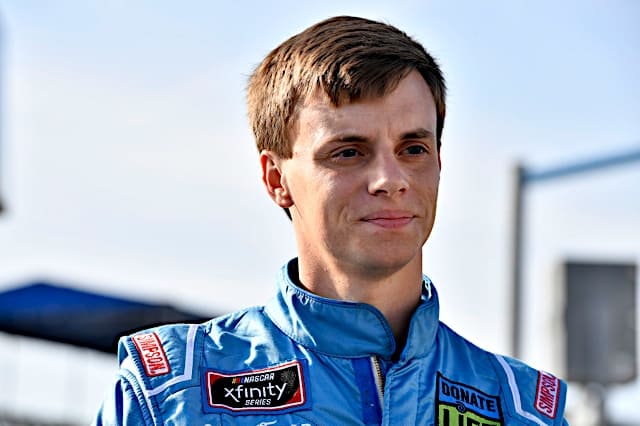 After failing pre-race inspection five times with its No. 51 entry for driver Joey Gase, NASCAR has docked the team 10 owner points, reducing its total to 35 points, but keeping the No. 51 entry in the 38th spot.

In addition, crew chief Lee Leslie has been fined $25,000 for the infraction.

After finally passing inspection, Gase finished 35th in the event.

Two other teams were listed on NASCAR’s penalty report, which was released on June 12. Both the No. 9 driven by Chase Elliott and the No. 18 driven by Kyle Busch were found to have had a loose lug nut on their vehicles following the Blue-Emu Maximum Pain Relief 500. Elliott’s crew chief Alan Gustafson and Busch’s crew chief Adam Stevens were fined $10,000 apiece.

In addition to the penalty report, NASCAR also announced the reinstatement of two personnel. Following his completion of NASCAR’s Road to Recovery, Zach Yager’s suspension has been lifted. Yager was suspended in July 2019 for violating NASCAR’s substance abuse policy. At the time, Yager was a crew member for Go Fas Racing. Crew member Josh Young was reinstated as well.

I think it’s time to start giving 5 second penalties for each loose lug nut. When it starts to cost them finishing positions and $ it’ll stop. The advantage of quicker pit stops makes it worthwhile.

How is it that the 66 wasn’t penalized for losing a battery on the track? It may not be ballast but it’s pretty dangerous flying around. And, of course, read somewhere that the 66 was prepared by Rick Ware Racing for Carl Long. 51, 53, 27, 15, 77 (for Spire), 78 (when it runs, for BJ McLeod), and I’m guessing there may be some connection to Tommy Baldwin Racing since he was at Premium before Rick Ware bought it. This doesn’t look good.