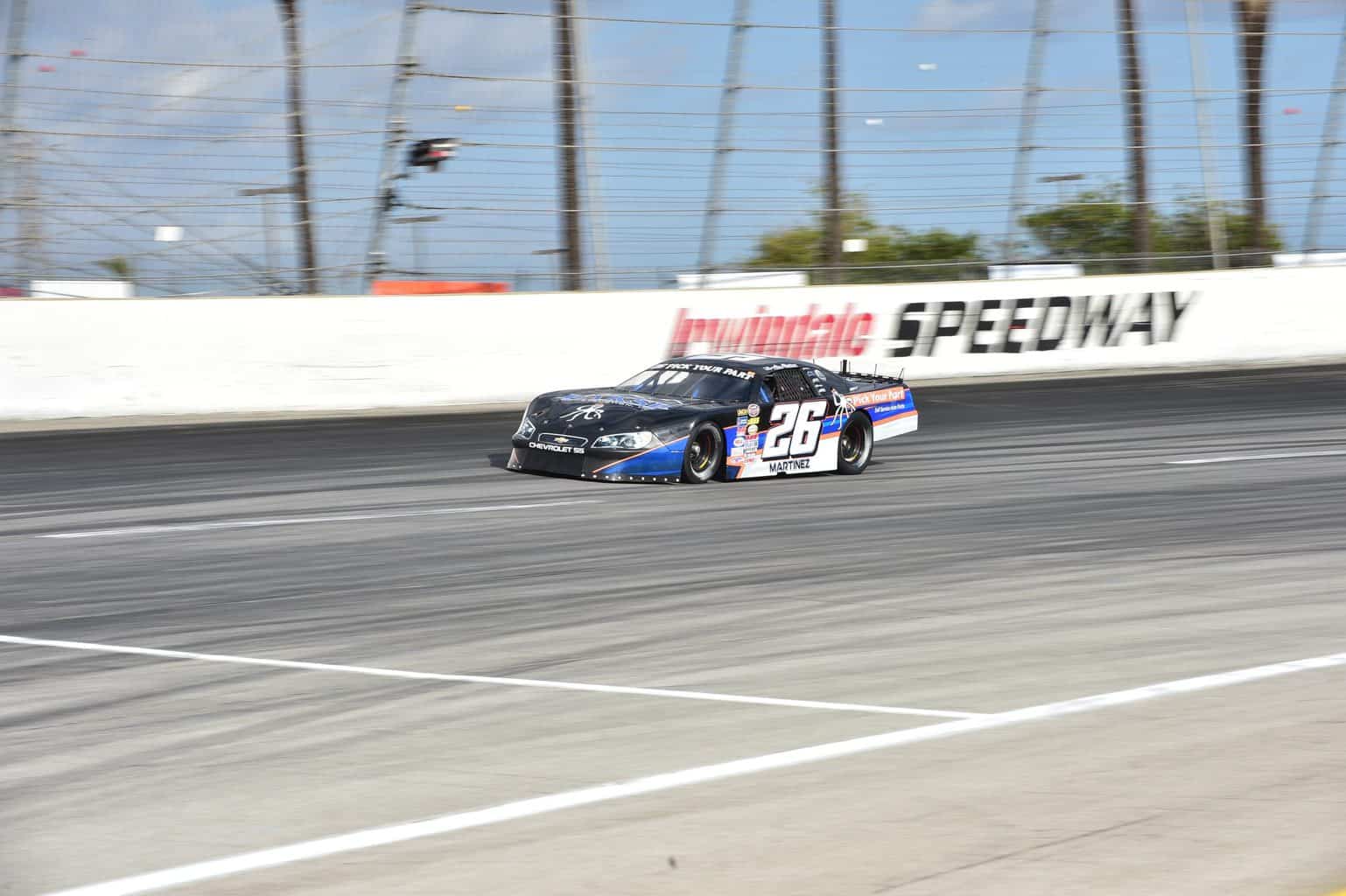 West coast late model owner Alec Martinez is finally heading back to the track this weekend at Irwindale Speedway.

With racing and much of the world on pause due to COVID-19, Martinez, 21-years-old, opened up about the struggled the pandemic has brought upon his race team.

“It was really hard. Luckily LKQ Pick Your Part, they’ve had my back this whole time. But that’s just one of the pieces of the puzzle to make everything work,” he said. “Once COVID hit, it was right before we were gonna start racing. And we had no idea what the schedule was gonna be. Didn’t know if we were gonna race in a week, a month, a year, two years, annoying. It’s hard to go out to a sponsor and make a proposal when you have no idea when you’re gonna race.”

Martinez stepped away from driving a couple years ago and routinely rents out his car to aspiring racers. The equipment is top notch, as you can likely see the AMR No. 26 car running up front weekly.

Usually, his phone would be ringing off the hook with interested parties. But the pandemic has shifted that side of things, too.

“All the other drivers have the exact same problem,” he said. “All the companies have been hit really hard and plenty of drivers that could run couldn’t because of sponsors were holding off due to their money lost.”

On a personal level, Martinez’s family was directly affected by the virus. His 89-year-old grandfather, aunt and uncle were diagnosed with COVID-19. Thankfully, all are now negative and recovering.

Another stalwart when it comes to West coast racing is young Jagger Jones, son of P.J. and grandson of Parnelli. Martinez and Jones have been friends for a few years as they grew up racing toe to toe along the West coast.

Ready to start the season this weekend with @jaggerjones98 behind the wheel! ??#NASCAR #NascarRoots pic.twitter.com/MKQ06a6daK

Jones has one career win at Irwindale in 2018 and a handful of top five finishes.

“He’s been having a hard time with sponsorship too and hasn’t been in the car since November,” Martinez said. “He’s a good friend of mine for awhile, great kid, great driver. I remember racing against him three years ago when I was. He did really well in K&N West and it’s sad to not see him in a car for a long time. I gave him a call, said ‘I understand what you’re going through, would love to help you out, so let’s make a deal together and get you in the car.’”

And that they did. For Saturday’s doubleheader from the California oval, it’s about getting back to the track. But more than that, it’s about bringing home the hardware.

“Right now it seems it could be a one off but we’ll go with the flow,” Martinez said. “We have a great car, Jagger has always run really well too and had success at Irwindale. (Winning) is all that matters right now.”

The races will be live streamed on IrwindaleSpeedway.tv beginning at 7 p.m. EST.