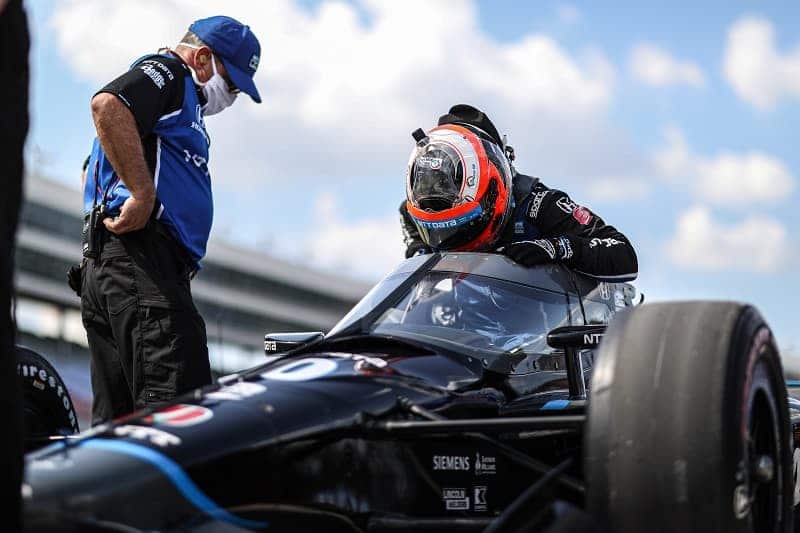 Swedish driver Felix Rosenqvist made the transition to the NTT IndyCar Series last year with ease. There’s just one problem: he has yet to put together a strong enough run to secure the race win, no matter how frequently he seems to be within first place’s grasp. With many of his strongest tracks—street courses—cancelled due to the COVID-10 pandemic, though, Rosenqvist is going to have an uphill battle in the 2020 IndyCar season if he wants to take home the gold.

Best finish of second at Mid-Ohio and Portland. One pole position at the Indianapolis Grand Prix. Overall championship points finish of 6th. IndyCar Series Rookie of the Year.

Rosenqvist hasn’t made any significant changes for 2020. He has remained with the Chip Ganassi Racing team that worked so well for him last season.

Lost an easy top 2 today. Can always disuss who’s fault, this & that – I’m behind the wheel so I’ll own up to it. My @NTTDATAServices nailed the setup, the stops the strategy – so proud to see what @CGRTeams has achieved during the break. Congrats @scottdixon9 for P1????

If Rosenqvist has been anything in his racing career, he’s been spectacular—especially when it comes to street circuits.

During his Indy Lights campaign, he won at St. Petersburg and two races at Toronto. In Formula 3, he was a two-time winner (and first ever repeat winner) of the Macau Grand Prix, one of the most demanding street circuits in the world. He performed well in Formula E, a series entirely dedicated to street circuits. And in 2019, some of his best IndyCar finishes came on the streets of St. Pete, Detroit, and Toronto.

Due to the COVID-19 pandemic, most of the street races for the 2020 IndyCar season have been cancelled, which is definitely an unfortunate thing for a driver who excels on them. That being said, Rosenqvist’s previous successes at the Portland and Mid-Ohio road courses hold promise with both of those events remaining on the calendar.

Felix Rosenqvist has proved himself to be a strong competitor in every form of motorsport he’s contested, and his open-wheel career is littered with championship wins or top threes. But he’s always struggled with one big problem: keeping cool under pressure. As soon as he climbs to second place with a win just in reach, he tends to crack.

2020’s first race at Texas Motor Speedway is a perfect example. Rosenqvist was within passing distance of his leading teammate Scott Dixon when he got bogged down by lapped cars and attempted to pass them on the outside. He lost grip and went spinning into the wall. He ended the race lamenting his lost opportunity: “It was really my breakthrough on ovals, I think, and I had a really good shot there and I threw it away.”

Rosenqvist acknowledges that the crash was on him, but that doesn’t ease the pain. Instead of finishing on the podium, he ended the race in 20th. He’s going to have more work to do if he wants to prove he’s truly come up to speed on ovals.

2020 is going to be the year Felix Rosenqvist secures his first NTT IndyCar Series win. The Swedish driver is excellent when it comes to road and street courses, and his early performance at Texas proves that he has grown more comfortable with ovals.

Chip Ganassi Racing is capable of winning, and Rosenqvist will really come into his own during the latter half of the season. Late season events like Portland and St. Petersburg are going to be great opportunities for him to lead the charge.