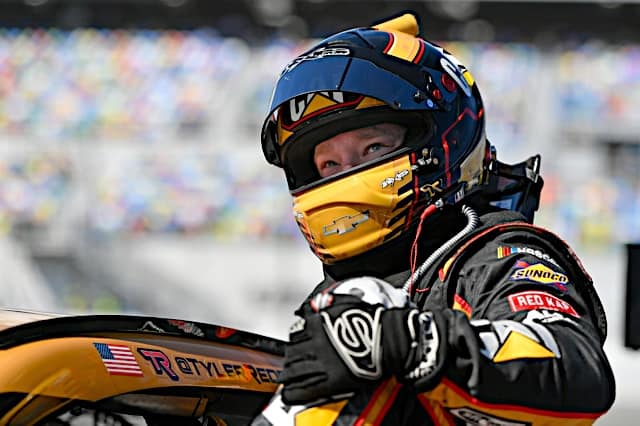 Denny Hamlin may have dominated and stolen the show at Homestead-Miami Speedway Sunday night (June 14), but a pair of rookies each posted career-best finishes along the way.

Tyler Reddick and Christopher Bell were two-thirds of the NASCAR Xfinity Series’ Big Three last season and battled throughout the year for the championship. And while Reddick ultimately came out on top, the pair moved to the Cup Series and face each other (along with a handful of others) in the Rookie of the Year battle.

Fast forward to Homestead on Sunday, and when the checkered flag flew, both of those rookies were inside the top 10.

“I’m really proud of my Chevy Cares Chevrolet team and the effort we showed today,” Reddick explained. “We had really good speed today and were able to run up front pretty much all night long.”

Reddick started 24th after the random draw to set the field for the Dixie Vodka 400. It took just four green flag laps ahead of the first of two lightning delays for the defending Xfinity champion to jump inside the top 15.

Well… before the lightning came out, @TylerReddick was making moves! Up to 13th after starting 24th with the @teamchevy Chevy.

“The men and women of RCR and ECR did a great job preparing us with a fast racecar to bring down to my favorite track on the circuit,” he continued. “We were able to use that speed to our advantage and race into the top 10 within the first 30 laps and were able to maintain that track position.”

It wasn’t all easy for Reddick, who excelled at the mile-and-a-half oval during his time in the Xfinity and Gander RV & Outdoors Truck series six top 10s and five top fives in a combined six starts, including back-to-back victories to win the Xfinity championship in 2018 and 2019.

“We fine-tuned our car for the rest of the race and tried to make it better to run the fence,” he explained. “It was tough though because sometimes the top seam worked better instead of the fence, so figuring out which lane was the best to use at what time was tricky.

“We got a little too tight by the end of the night to really make the fence work like I wanted, but all in all, it was a solid effort tonight. I’ve won the past two times I’ve come here, granted in the Xfinity Series, but it was so fun to be ripping the fence with three of the best tonight in the NASCAR Cup Series. It was a hard-fought battle and one we can build momentum off of.”

Meanwhile, Bell started 36, about as close to dead last as you can get these days in a Cup race. And while his run toward the front of the field was much quieter than Reddick’s it’s no less impressive. He steadily worked his way through the field and ended stages one and two in 22nd and 12th, respectively. A long green flag run of almost 100 laps to close out the third stage saw Bell move as high as eighth by the time the checked flag flew.

“Our Rheem Camry was really, really loose to start the night and then Jason (Ratcliff, crew chief) did a great job adjusting on it got it pretty close to where I was happy and then we were able to pick our way though there. The races are so long – there are so many yellows – that I really wasn’t worried about our starting position. I knew that if we had a car that was good; we were going to get up front.”

It was Bell’s third top 10 in the last six races and his career-best since moving to the Cup Series this season.

“I think that it’s all just coming together. There was a lot of adjustment over the off season with Jason coming on board, the new partnership with (Joe) Gibbs, so it was just tough to get on the same page. I’m not going to say that we’re ready to make the next step, but at least we are being competitive the majority of weeks and we just have to keep it up.”

The Cup Series heads to Talladega Superspeedway next weekend to the contest the GEICO 500 beginning at 3 p.m. ET.