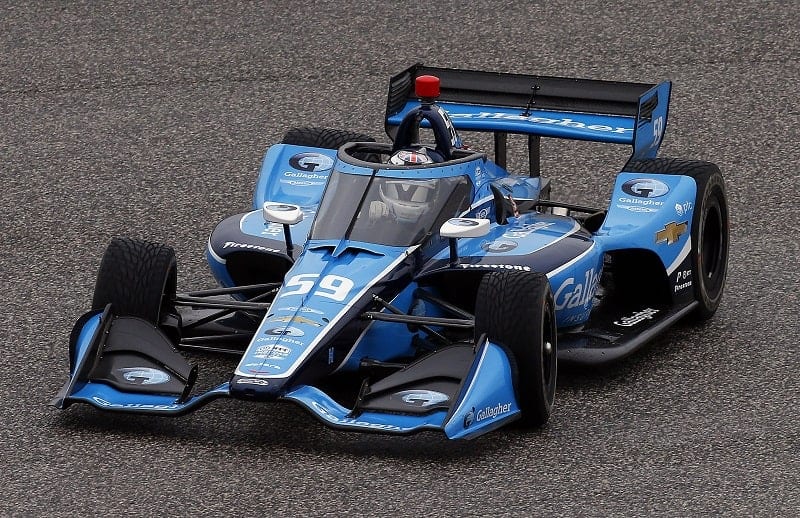 Max Chilton has yet to make his 2020 IndyCar season debut, as this is the second season where the Carlin driver is only running road and street courses. But even with a limited schedule, he still has the potential to make an impact in the NTT IndyCar Series. Could this be the season that Chilton captures his first IndyCar win?

No wins or podiums; best finish of 11th in 2019 Grand Prix of Portland.

There have been no major changes for Chilton as he returns to the No. 59 car. He re-teams with Conor Daly, who drove the oval courses in the No. 59 for Carlin last season.

Max Chilton’s numbers don’t show how competitive of a driver he can be. While he has yet to find that speed which will push him to the next level, when he hits his stride, he’s able to mix things up with the more experienced drivers. In 2017, when he was with Chip Ganassi Racing, Chilton strung together five top-1o finishes in eight races including a fourth-place result at the Indy 500.

There’s no reason he can’t do that with Carlin if he gets a good car underneath him. Chilton has a relationship with Carlin that goes back to his GP2 days; this is an organization that he’s comfortable with, and they’re comfortable with him. He’s even got the same person taking over his car that drove it last year, so he and Daly should be building a good rapport. Chilton just needs good equipment and a good break or two to get the results he’s been looking for.

Chilton is still looking for his first IndyCar victory after five seasons. Choosing not to run the ovals, with the exception of the Indianapolis 500, obviously cuts down on the opportunities that he has to get it. And he’s coming off a rough year, where he was bumped out of the 500 and didn’t finish within the top 10 at any race. That’s not the best set of circumstances to start the 2020 IndyCar season in.

However, those are learning experiences that he and the Carlin team can take with them into this season and build upon. This is the year for the organization to take their potential and turn themselves into contenders.

Since Max Chilton is only running a partial season, he will not accumulate enough points to be an IndyCar title contender. However, that doesn’t mean his presence won’t be felt. He’s had enough time at Carlin now where he and the team should be able to take the next step forward; look for him to deliver at least a podium for the organization in 2020, and make it back into the Indy 500 field.