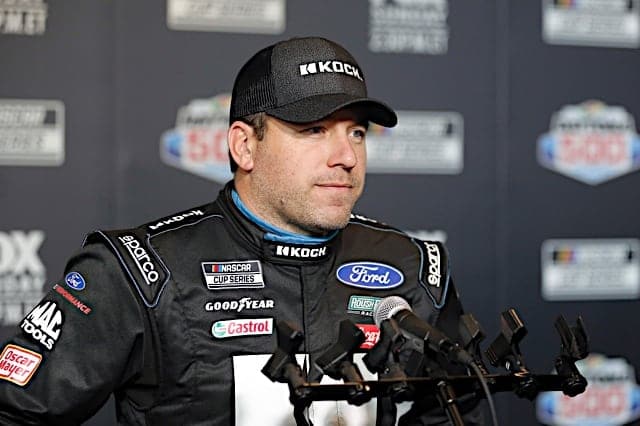 Should there be less practice time?

There has been a lot of talk over this past week as to how much practice NASCAR teams should have after the COVID-19 situation subsides. Fans want no practice due to how exciting the racing is without it. Drivers want some practice, but definitely a very limited amount of it.

There should be two practice sessions for every race, with both being only 15 minutes in length. The first session, which I’m calling necessary practice, would be prior to qualifying and only involve drivers and teams that really need it. Mainly rookies, drivers new to the track and open cars that may need to qualify on time.

The idea of practice should no longer be about radically changing the setup of a car. Instead, it should be about fixing any potential problems from unloading it. Jimmie Johnson tweeted that he was largely MIA at Homestead-Miami Speedway due to a problem the team couldn’t fix in the race but could with just a lap of practice.

The other primary purpose of practice has been to shake down back-up cars. But if the sport is serious about saving money, there should be two very simple rule changes: get rid of the must-start-every-race playoff rule and decree no more back-up cars. Nothing extra gets loaded on those haulers. It would save teams money that they could then reinvest into other areas and honestly, if a car cannot make it through qualifying and a maximum of 30 minutes of practice, the team shouldn’t compete on race day.

NASCAR’s normal schedule should be fairly simple for Cup Series racing from now on if the format is standardized like this, and uniform to every racetrack. Here’s my proposed race schedule for every Sunday race, with the exception of the Daytona 500 and the Coca-Cola 600:

Race haulers should arrive at the racetrack on Friday night, with the hauler driver being the only personnel for a race team at the track on this day.

2 p.m.: Qualifying begins, with the day’s secondary race(s) immediately following and with post qualifying technical inspection during the race.

For night races, everything would be squeezed into a day, with no post-qualifying inspection. And due to how little these cars would be on track, there could be a second series running on that one day.

Going to this format would make race weekends significantly more universal. Sometimes the race is on at 3 p.m. right now, sometimes it’s an hour earlier, sometimes an hour later. It’s hard to build an audience week to week with varying race start times. The NFL has a set schedule and it’s the most successful sport in America; maybe its lead should be followed more.

What are the issues with less practice time?

There have been plenty of good points going against the idea of no or limited practice time, chief among them that big teams have simulators to prepare their setups and drivers, while smaller teams do not. This is correct. However, there are three rebuttals to this point.

The first is simply, what’s the difference now? Joe Gibbs Racing more than likely has purpose-built simulators, and that did not stop its cars from having mechanical issues in the early running of Martinsville Speedway last week. Technology can produce fantastic tools, but at the end of the day, there will always be a difference from the real world and the simulator.

The third is that there’s only but so much a simulator can cost. Legitimate simulators are very pricey up front, no doubt about it. But would it be more expensive than what the teams would save every year on having less track time on the racetrack, bringing less cars to the track and saving a night in the hotel for at-track personnel every single week?

There definitely are media concerns with a schedule like this, as Friday is a good day to interview drivers or to attend press conferences at the track. The simple reality, however, is that the COVID-19 situation has shown us that these are largely unnecessary and can be done over the phone or on video calls.

If this doesn’t work out, nothing is stopping NASCAR from just deciding it didn’t work in the future. It did it with group qualifying last year. This is one huge change that could pay dividends long term, but one the sport can’t fully grasp until an attempt is made.

Will Ryan Newman make it a storybook ending at Talladega Superspeedway?

This weekend’s Cup race at Talladega will be the first superspeedway race since the Daytona 500 in February, which ended with a horrifying crash that FOX now uses in commercials because of course it does.

NASCAR has announced rule changes to try to address some concerns. It’s nothing radical like putting a chicane on the backstretch (which would solve at least some things, maybe?), but it  should slow the cars down slightly while also attempting to eliminate tandem racing.

Ryan Newman will be my pick for the race this week, both because of the potential feel-good story and that Newman is actually a very good superspeedway racer in his own right. While Newman only has one win at this discipline, he’s also been fairly consistent in it, which is rare considering how wildly varied race results are at Daytona International Speedway and Talladega.

Flyin’ Ryan has four top-10 finishes in his last five starts at Talladega, including two runner-up finishes. Roush Fenway Racing has also had a strong superspeedway program in general the last few years, with Ricky Stenhouse Jr. getting the team two wins and Newman well on his way to another Daytona 500 win prior to his accident in February.

If I can be jinxed once, maybe I’ll be jinxed again….

Johnny Benson….one of the good guys! Thanks for mentioning my first favorite Nascar driver!!