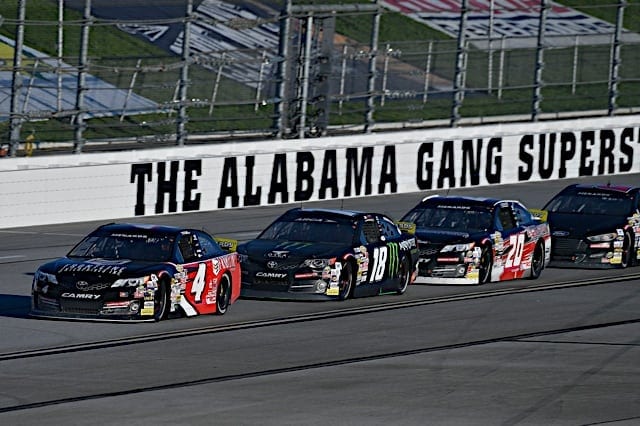 The ARCA Menards Series is back! After three months and 14 days, its competitors will hit the race track. The series returns from its hiatus due to the COVID-19 pandemic at Talladega Superspeedway with the 2020 General Tire 200.

After such a long break and only two races completed this season, what has transpired thus far?

Michael Self won the season-opener at Daytona International Speedway. He led 61 of the 80 laps and bested rookie Hailie Deegan by 0.125 seconds. Drew Dollar, Sean Corr and Thad Moffitt rounded out the top five.

ARCA next traveled to Phoenix Raceway for its inaugural race at the 1-mile oval. Chandler Smith snagged the lead on the final restart and won for the eighth time in his ARCA career. Self finished second. Ty Gibbs led 122 of the 150 laps but left disappointed with his third-place finish. Tanner Gray and Zane Smith finished fourth and fifth, respectively.

The upcoming race at Talladega Superspeedway, therefore, is the third race of this ARCA season. Additionally, this season is the first season in which NASCAR implemented changes to ARCA.

Twenty-one drivers will take the green flag in the General Tire 200.

Self is likely the favorite to win this race on the 2.66-mile track in Talladega, Alabama. Both of his two races here have resulted in top-five finishes.

Furthermore, he has two wins at Daytona International Speedway, so his prowess at these types of race tracks is apparent.

“In my opinion, Talladega is more difficult than Daytona,” Self told media members during a Zoom conference call on Wednesday (June 17). “The tri-oval is rough with that extra lane. But I expect to run well there. We won Daytona and we are racing the same car from Daytona at Talladega. Hopefully, we have three Venturini cars in the top five at the end.”

Deegan finished runner-up in her only start at a superspeedway. Nevertheless, she has proved to be a quick learner and earned praise from Self.

“She did an awesome job,” he remarked during that Zoom call. “I was stressed out of my mind during my first race at Daytona. I got caught up in a wreck because I was constantly on edge during the race. She stayed composed. After the race, I told Drew Dollar and Hailie not to be upset. Hailie came a long way in her racing career. She’s not tearing stuff up and she has good superspeedway skills.”

Deegan will have two teammates in the General Tire 200: Gray and Moffitt. Gray did not finish either of his two races in ARCA and NASCAR Gander RV & Outdoors Truck Series at Daytona earlier this year.

Moffitt’s race at Phoenix ended with a hard hit to the wall. He only has competed at Talladega once which ended in a DNF due to an oil line. He too may not be the most versed at superspeedway racing, but DGR-Crosley won this race last year. Deegan, Gray, and Moffit will have fast Fords.

Beyond Self, the Toyota camp has talented drivers capable of piloting their cars to victory lane. Dollar will be seeking his first career ARCA win, which would reduce his 20 point deficit to points leader Self.

“I’m excited to finally get back in the ARCA car and get back to work with my Venturini Motorsports team. Talladega is a race that I’ve been looking forward to since I ran at Daytona earlier this season,” Dollar said in a team release. “Shannon (Rursch) and the team brought an amazing car to Daytona, so I know our Toyota Camry will be fast this weekend. I’m confident about getting back on track and competing for the win.”

Driving the No. 20 Venturini Motorsports Toyota will be Ryan Repko. Repko shook off the rust from not racing in a while by competing in the ARCA Menards Series East race, its first back since the outbreak of COVID-19, at Toledo Speedway. He finished ninth.

Two other drivers who are seeking their first victory, and because neither is chasing the championship can afford to take risks, are Bret Holmes and Gus Dean. Holmes is only competing part-time this season and Talladega is his home track.

“We’re bringing our Daytona car (to the Talladega race) and it was the best superspeedway car I ever drove,” Holmes told The Rowdy Maglite Show on Monday, June 15. “The things that have the most pressure are the most fun. I’m real excited about it and I think we’ll have a good show.”

After competing full time last year in the Truck Series, Dean is competing part time in ARCA and the Truck Series. He knows how to win at Talladega, having won the ARCA race there in 2016. Both his races at Daytona in February ended in crashes, but rest assured, Dean can contend in the General Tire 200.

Talladega and Daytona are the two tracks known for large wrecks commonly referred to as The Big One. Avoiding trouble, maximizing the draft, and having luck on your side are three paramount keys to running well in those races. Or as Self, the winner of the season-opener at Daytona stated, “Talladega is Talladega. It is a different world.”

The General Tire 200 will take place on Saturday, June 20 at 1 p.m. ET with TV coverage provided by Fox Sports 1.