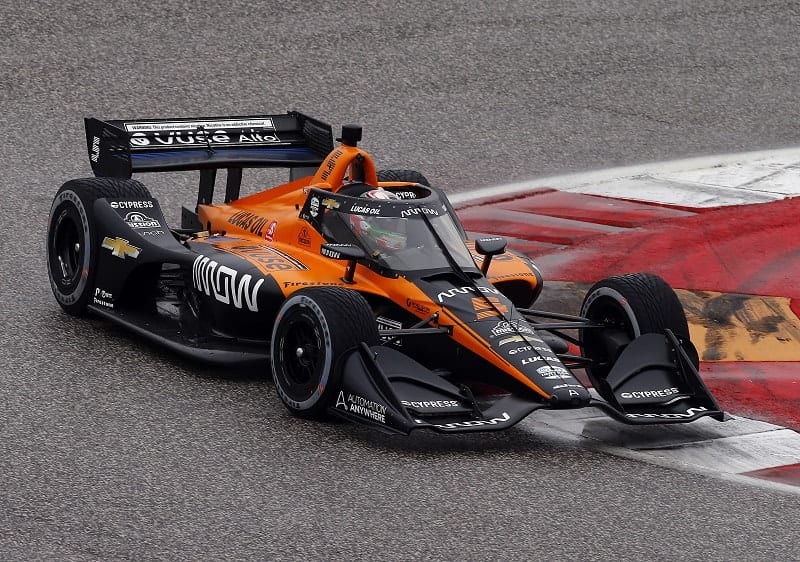 Patricio O’Ward, commonly known by his nickname Pato, is settling into the full-time NTT IndyCar routine for the first time during the 2020 IndyCar season. The young Mexican driver has proved his skill across multiple disciplines, from Indy Lights to IMSA, and expectations are high as he gets into the IndyCar swing.

Overall points finish of 26th in a partial season of only eight races. Best finish of 8th at Circuit of the Americas.

O’Ward will be contesting his first ever full-time IndyCar season with Arrow McLaren SP (rebranded from Schmidt Peterson Motorsport). He moves to Arrow from Carlin, after leaving Carlin prematurely in 2019 to pursue a potential Formula One ride; O’Ward was released from his Super Formula contract after three rounds.

Today was a day of a lot of firsts.. A few errors kept us out of the top 10?? onto Indy RC in a month

There is very little that Patricio O’Ward can’t do. While only 21, he has won a championship in Indy Lights and in IMSA, and he has taken home one top-3 position after another. He’s an adaptable driver, one who’s capable of rapidly coming to terms with his equipment and producing competitive results.

While Arrow McLaren SP is built on the bones of Schmidt Peterson Motorsport, the team has gone through a pretty significant shake-up that makes SPM’s experience a little unpredictable. Pair that with two inexperienced drivers, and it may prove to be difficult for O’Ward to find his footing this year.

Robert Wickens, who is serving as an advisor for the team this season, has described O’Ward as a “‘fly by the seat of his pants’ kind of driver, very naturally talented, who can just wring a car’s neck for all it’s worth.” And while that talent is certainly a positive, O’Ward is very likely to struggle when it comes to competing with the more experienced drivers who are able to combine natural talent with decades of practice to understand what to do when talent alone isn’t enough.

After both Arrow McLaren SPM cars finished well in the 2020 NTT IndyCar season opener at Texas Motor Speedway, O’Ward will come home with a swath of top-10s but not much more than that this year. He and rookie teammate Oliver Askew have both proved to be brilliant drivers, but ones that still require some refining.

O’Ward will get temptingly close to a podium position, but it will take a further year of hard work before he tastes the champagne.