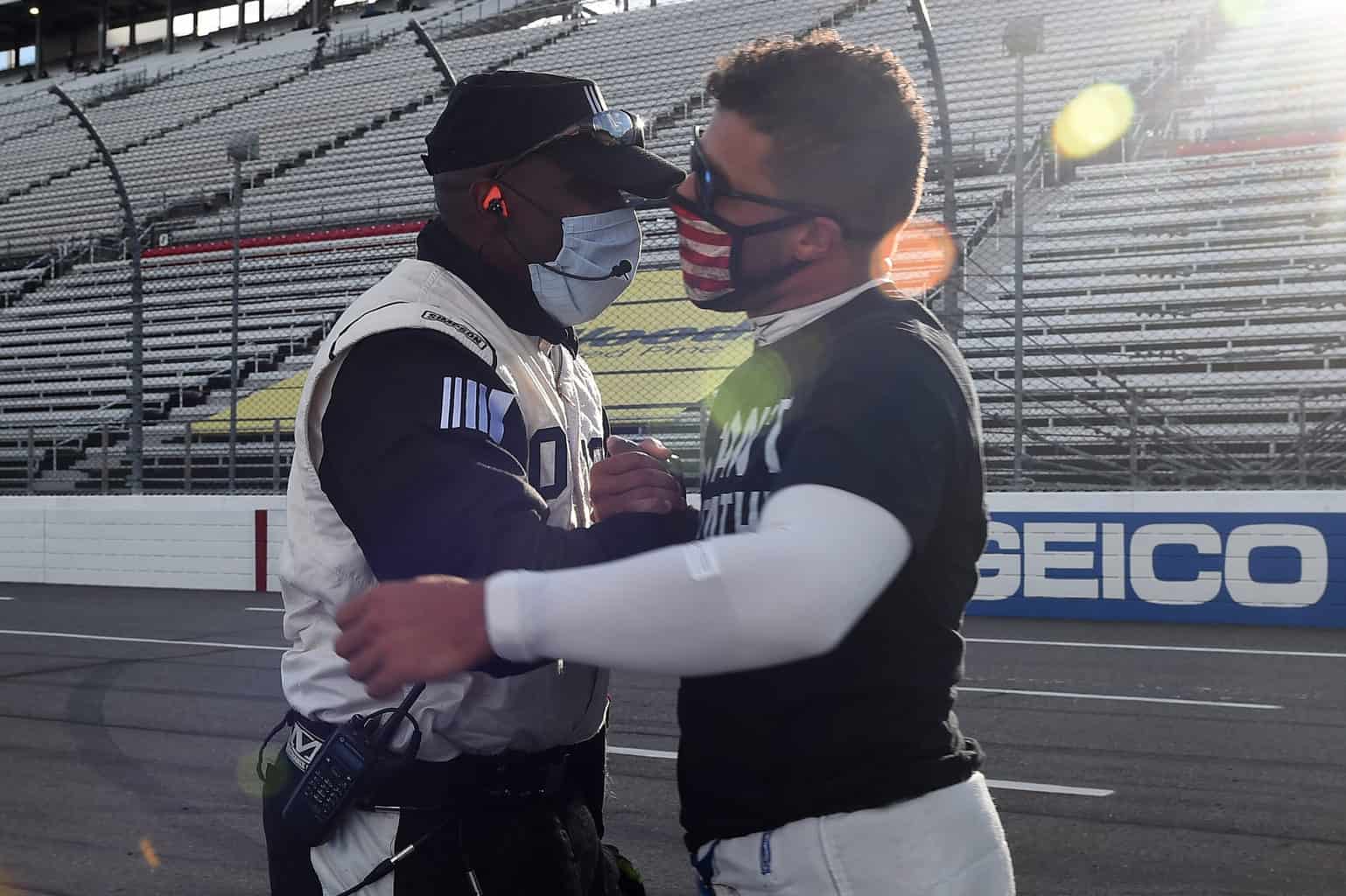 NASCAR drivers are making a statement Monday (June 22) at Talladega Superspeedway to back one of their own, Bubba Wallace. The day after a noose was found in Wallace’s garage stall, his peers are banding together against this racist act.

Frontstretch’s Dustin Albino has learned that before today’s GEICO 500 at Talladega, all 39 competitors will push Wallace’s No. 43 car to the front of the grid. They will then stand in unison with the driver as the national anthem is played.

This morning, as news spread on the noose incident, multiple drivers have posted on Twitter to offer their support for Wallace. The #IStandWithBubba hashtag was trending as NASCAR drivers expressed their disgust over the incident. Among those spearheading the effort was Wallace’s best friend, Ryan Blaney.

You’re my brother and always will be. Don’t let the people who are lower than life to try and bring you down. They won’t scare you because you’re strong. I stand with you pal. Forever. https://t.co/fiIALd9XCE

Others, like seven-time NASCAR champion Jimmie Johnson, have referenced the pain that’s been caused for so many involved in the sport.

I can’t begin to fathom the pain this action has caused. I stand with you @BubbaWallace. https://t.co/lV8v46ktWN

This action by the drivers also comes as news breaks Wallace’s owner, Richard Petty, will attend this afternoon’s GEICO 500. Petty, 82, has not attended an event since NASCAR’s return in mid-May due to the threat posed by COVID-19.

And when they discover it’s smollett redux…?

Go for the positive

The Jussie Smollett of NASCAR

Sorry, this BS does not test the smell test for authenticity. People are being played.

Was there a fast food sandwich wrapper found near the “noose” with green/yellow/white print? Just askin’. I am in a Chicago state of mind right now.

In my best “Mr. Wonderful” voice:

This was the final nail in the coffin.

I’d really like to say I’ll miss it but I won’t. I’ve been skipping races here and there and found time for more important things.

I wish NASCAR the best of luck making it to 2025 with your fan base disappearing.