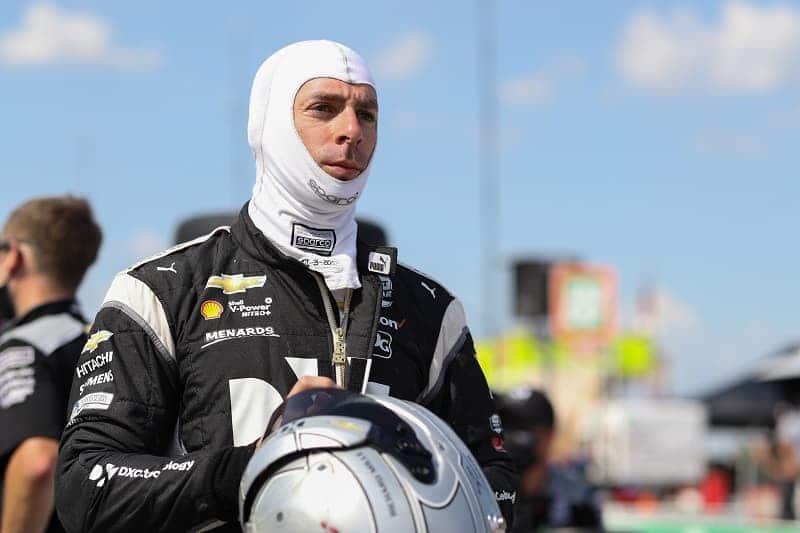 Simon Pagenaud is riding high so far in the 2020 IndyCar season with a 2nd place at Texas Motor Speedway already under his belt. Pagenaud hasn’t always been Team Penske’s most impressive driver, but he has proved himself with a championship in 2016 and his 2019 Indy 500 win. What will the latest NTT IndyCar Series season have in store for him?

P2! Back in the office & it felt fantastic. We extracted the best performance we could out of the No. 22 car & this is a great start for a championship campaign! We missed the fans, but I hope you guys had fun watching at home. Thanks for having us @txmotorspeedway! #indycar pic.twitter.com/S71iiwC69T

Simon Pagenaud has been the absolute peak of his career in the last few years—especially when it comes to oval races. Last season’s sweep of the Month of May and his 4th place at Iowa Speedway bodes well for the 2020 season, where those tracks compose over one-third of the races. If Pagenaud is looking for a season to capitalize on his successes, this is going to be the one.

He’s also coming off a career year in 2019. No, he didn’t win a championship, but he swept the Month of May: an Indy Grand Prix win, pole at the Indy 500, and his first Indy 500 victory. This can all be considered a massive win in and of itself—especially since he’s the first Frenchman to win the 500 since Gaston Chevrolet in 1920.

In the past, Pagenaud has struggled at lengthy courses like Road America, and that track is hosting a double-header near the start of the season this year. He is also a driver who really needs a strong momentum in the early part of the season to maintain a strong championship run. If he struggles in a back-to-back run at Road America, that could be an early end to his hopes for another Astor Cup.

There’s only one road course this year, so the 2020 IndyCar season schedule also doesn’t play to his advantage in that way. He’s going to have to take his street course prowess and learn how to utilize it on the courses he historically struggles at.

2020 will be a solid year for Simon Pagenaud—one that could very likely end with another championship if he plays his cards right. He’ll repeat as GMR Grand Prix winner and take the checkered flag at Iowa Speedway. Pagenaud and his Team Penske squad are firing on all cylinders, and the 2020 IndyCar season won’t slow them down.