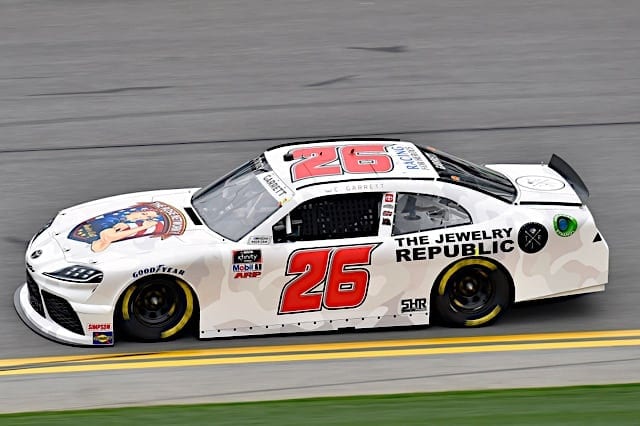 The 28-year-old from Yorktown, Va., will pilot SHR’s No. 26 Toyota Supra at the inaugural Indianapolis Motor Speedway road course on July 4, with more road course events a strong possibility later in the season.

“I’m looking forward to getting back in an Xfinity car for the first time in a few years”, Gdovic said. “These cars are a lot of fun to drive on road courses and it should be an interesting race for the series’ first time on the Indy infield. I am excited about getting to team up with Sam and his team in a reunion from when he raced with our team back in 2012. The Sam Hunt Racing crew have put together a great team and car that I’m confident will result in a strong finish for us in Indy.”

Gdovic has eight career Xfinity starts, with his best-career result coming at Watkins Glen (13th) in 2015. He also has one K&N Pro Series East victory in 49 starts, coming at Greeneville-Pickens Speedway in 2013.

In 2018, he achieved another pro win at Road America and was one of two Americans that were moved to the Lamborghini GT3 Driver Program in 2019. But he kept stock car racing and NASCAR close to the vest, winning an IMCA modified race at Langley Speedway the same year.

The short track, located in Hampton, Va., is where Gdovic got his start racing late model stock cars. Team owner Sam Hunt was a teammate of Gdovic with Precision Performance Motorsports in the K&N Pro Series East back in 2012 as well.

“Brandon is one of the most talented, fierce race car drivers I’ve known or competed with. From stock cars to sports cars, he has always had an innate ability to take his equipment and maximize its performance,” Hunt said. “His understanding of how stock cars function, as well as his experience and success in the sports car world have all of us excited to go to Indianapolis for the very first Indy Road Course event. We are excited to bring some heat to the big teams and think Brandon will embrace the grittiness and passion our little team has.”

SHR has fielded the No. 26 entry for Colin Garrett this season on a part-time basis after debuting late last season in the series.

Sam Hunt Racing officially announced Gdovic joining the organization, along with sponsors WindStax Energy and ComServe Wireless, for the IMS road course. Quotes from Gdovic and Hunt from the press release have been added to the original article above.