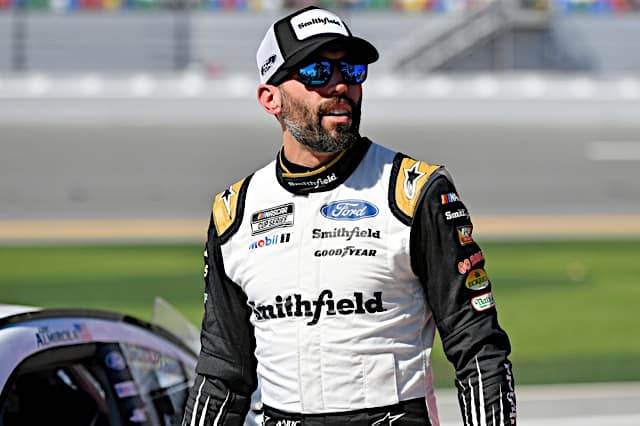 Aric Almirola will be the pole sitter for the 2020 Pocono Organics 325 when it’s held this Saturday, June 27.

He will lead the NASCAR Cup Series field to the green flag in the first race of the Pocono Raceway Cup Series doubleheader, the first originally scheduled doubleheader for the premier series.

Almirola has not yet won this season. He is in 12th in the championship standings.

The starting lineup for Sunday’s race, the Pocono 350, will be based on the finishing positions from the Pocono Organics 325. The top 20 finishers from Saturday’s race will be inverted for the race on Sunday. Starting positions 21st-40th will be the drivers who finish in those respective positions on Saturday. At the moment, the entry lists for both races are identical.

The Pocono Organics 325 is scheduled to take place on Saturday, June 27, at 3:30 p.m. ET with TV coverage provided by FOX.