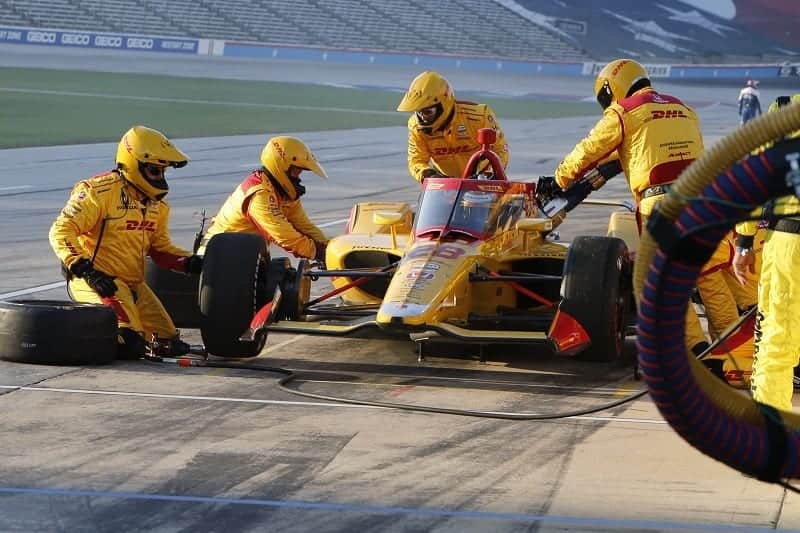 Ryan Hunter-Reay is one of the pillars of the NTT IndyCar Series. The 2020 IndyCar season is his 14th campaign in America’s open-wheel series, and he’s already got an IndyCar championship and Indy 500 win on his resume. He’s the most experienced driver at Andretti Autosport, leading a very talented team. Could this be the season that RHR adds another title or 500 victory to his list of accomplishments?

Finished eighth in the 2019 IndyCar championship standings. No race victories, but top-1o results in 10 of 17 races, including podiums at Circuit of the Americas and Mid-Ohio.

Ryan Hunter-Reay returns to the Andretti Autosport organization that has been his home since 2010. DHL remains his primary sponsor, so it’s pretty much business as usual for the man nicknamed “Captain America.”

Ryan Hunter-Reay is one of those drivers who IndyCar fans just always expect to be around somewhere. Since he landed at Andretti a decade ago, he’s been consistent and resilient when things don’t go according to plan, like battling back to finish eighth in the 2020 IndyCar season opener at Texas. In his entire IndyCar career, he’s only finished outside of the championship top-10 three times, and one of those was the partial season he ran in 2007 with then-Rahal Letterman Racing.

Consistency is key in the 2020 IndyCar season with its shortened schedule and doubleheader events. The chances to earn championship points are fewer, and drivers will be pushed that much harder having to run back-to-back races more than once this season. Hunter-Reay’s ability to steer a calm ship (or car, as it were) should help him as other drivers stumble.

Hunter-Reay described his performance at Texas Motor Speedway as being hit with a “cartoon anvil” and he’s not wrong. The No. 28 car suffered an electrical problem and on top of that, the team was penalized twice—ruining their day before the race was even 10 laps old. It’s not the first time that RHR has suffered a frustrating mishap; engine issues have cost him podiums before, and he was running well at the 2016 Indianapolis 500 before his teammate Townsend Bell crashed into him on pit lane.

If Hunter-Reay had been able to turn some of those top-10 finishes in 2019 into podiums or race wins, he very well could have been a championship contender last season. He needs his car to be more reliable and get him that extra position or two or three so that he can pick up every possible point—if not a win or two. Especially driving for one of the biggest teams in IndyCar, he shouldn’t be hitting the metaphorical speed bumps that he always seems to run into.

Ryan Hunter-Reay salvaged a top-10 out of a terrible circumstance at Texas; if he wants to be in the hunt for his second title this year, his best opportunities are in July. He’s struggled at the Indianapolis road course in the last two seasons and will need to avoid a bad result there, but after that he has multiple race wins at Iowa, where there’s the first doubleheader. He should take at least one of the Iowa races, and if he can reel off good finishes in at least three of the four opening events, he’ll be in with a shot at his second Astor Cup.