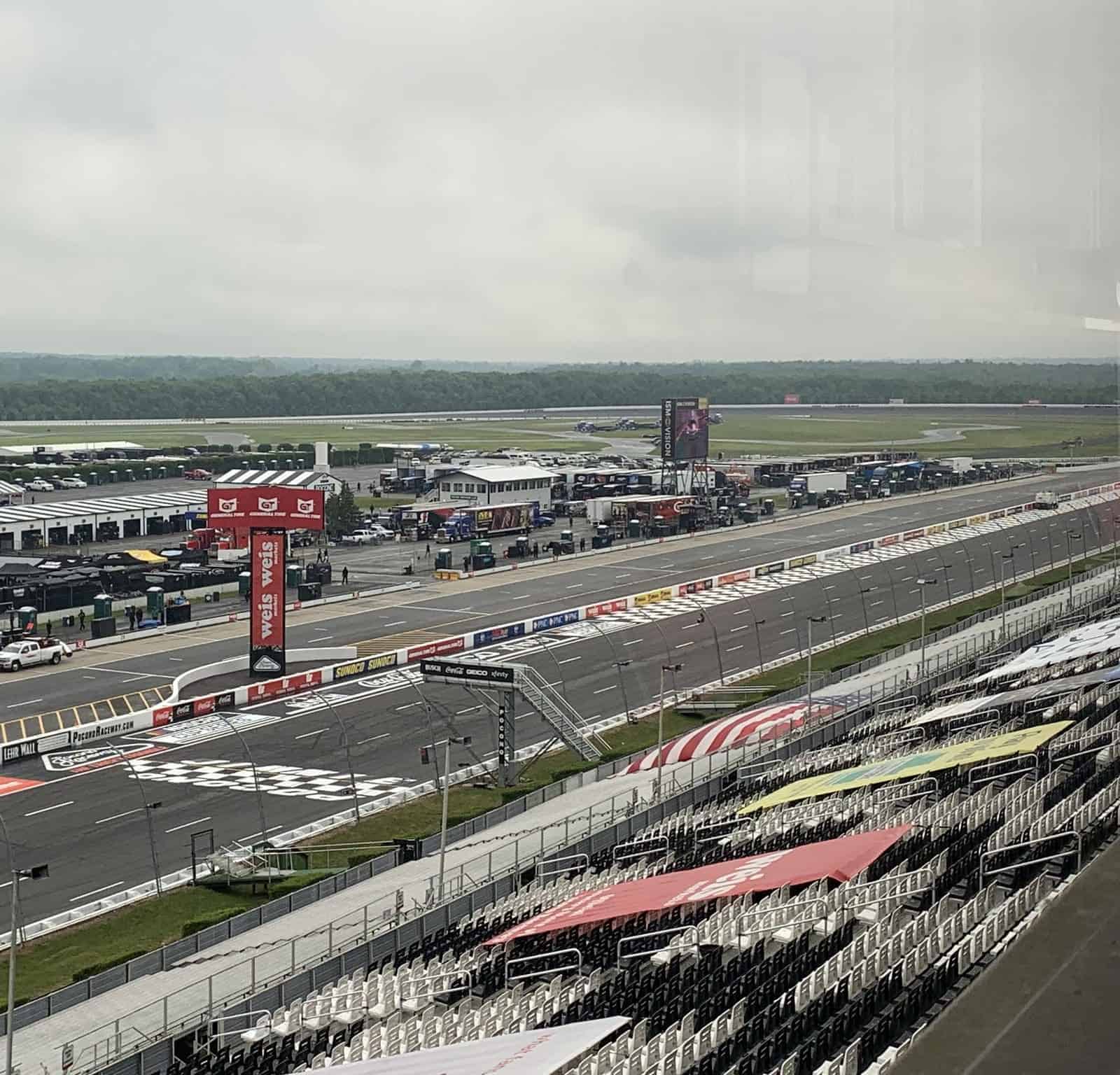 Pocono has the land for great farming (Photo: Zach Sturniolo)

The Gander RV & Outdoors Truck Series race that was scheduled for Saturday afternoon at Pocono Raceway has been postponed until Sunday morning (June 28) at 9:30 a.m. ET.

After a heavy rainstorm early Saturday morning (June 27), NASCAR deemed it wouldn’t have enough time to dry the track and run the 150-mile race before the NASCAR Cup Series event went green, as that race is slated to begin shortly after 3;30 p.m. ET on FOX.

When the Truck Series race begins on Sunday, Johnny Sauter will lead the field to the green flag, with Sheldon Creed alongside on the front row. Austin Hill, Christian Eckes and Grant Enfinger make up the rest of the top five. It will be the first of three scheduled races on Sunday, with the Xfinity Series race beginning at 12:30 p.m. and Cup scheduled to begin shortly after 4 p.m. ET.

On Sunday, it’s a good thing NA$CAR doesn’t have to get rid of the truck crowd before the Busch crowd has to go before the Cup crowd is allowed in.

9:30 AM Eastern is 6:30 AM West Coast time. That should cut down on the TV numbers for the Truck event. If it goes on time.

Trucks MIGHT get the race in, rain is forecast tomorrow.