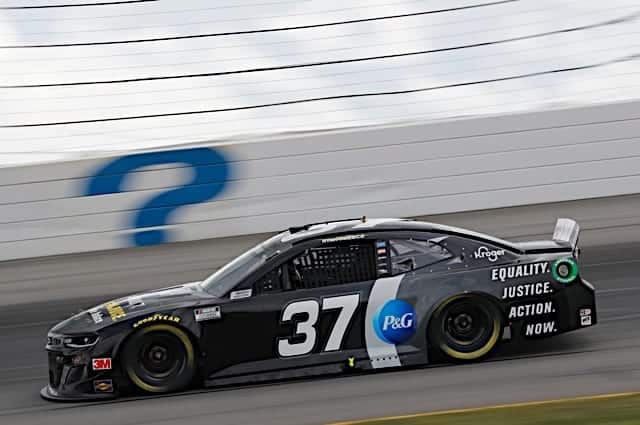 NASCAR Cup Series driver Ryan Preece will start from the pole in the Pocono 350 Sunday, June 28.

The No. 37 JTG Daugherty Racing pilot passed Jimmie Johnson and Bubba Wallace in the closing laps of Saturday’s Pocono Organics 325 to secure the 20th spot. The top 20 finishers were inverted to set Sunday’s lineup, while those 21 on back will keep their starting position. As a result, Johnson and Wallace will start 21 and 22, respectively.

Though Preece earned the pole, he will have to drop to the rear on the pace laps due to an engine change.

Ryan Newman starts sixth on Sunday and William Byron takes the seventh position. However, Byron also had to change engines and, like Preece, will drop to the rear.  Matt DiBenedetto, who ran in the top five for much of Saturday’s race, will begin eighth. Ryan Blaney and Matt Kenseth complete the top 10 in the lineup.

Several other drivers will have to start from the back: