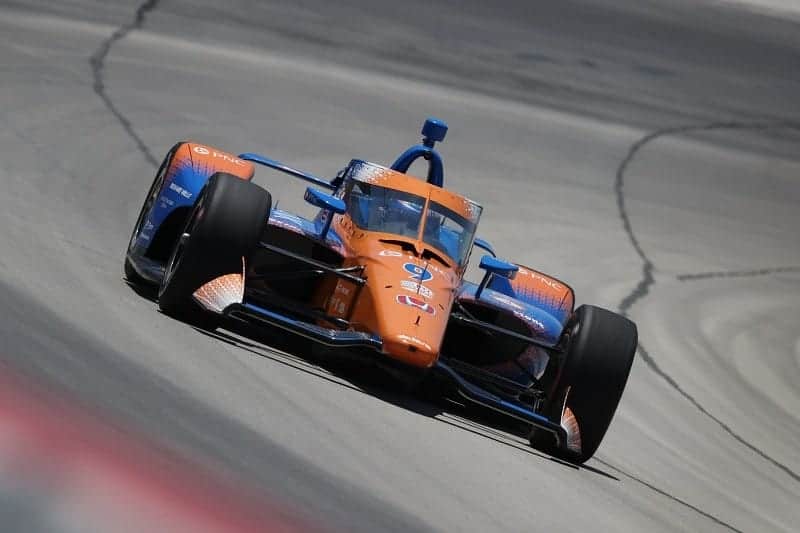 Scott Dixon has the most wins of any active NTT IndyCar Series driver, and he’s already added one to that total with his victory in the 2020 IndyCar season opener. How will the rest of the season turn out for the Chip Ganassi Racing veteran? Could he rack up his sixth IndyCar championship or another line in the history books?

Scott Dixon’s No. 9 team underwent a significant staff change in the offseason, as his longtime race engineer Chris Simmons was promoted at Chip Ganassi Racing (a move that Dixon inspired). Simmons was replaced as Dixon’s engineer by Michael Cannon, who moved over from Dale Coyne Racing.

At this point, almost everything is a strength for Scott Dixon. He has the most wins and most titles among the active IndyCar competitors, knows how to fuel-save like nobody’s business, and is always a threat to win even when he may not have the best car on the racetrack. His dominant performance at Texas Motor Speedway, where he was in front for the majority of the race, proved that the No. 9 team is already firing on all cylinders.

The last two times that Dixon started the season with a win—in 2008 and his rookie year in 2003—he also went on to win the IndyCar title.

Fans will want to keep an eye on Scott Dixon’s qualifying results during the 2020 IndyCar season. He qualified well at Texas, only losing the pole position by a thin margin, but he struggled with qualifying throughout 2019. Hopefully Texas is proof he’s overcome that issue this year.

The other problem Dixon has had for more than one season is that his teammates haven’t been able to keep up. It’s been a bit of a mystery, since those teammates have been talented drivers like Tony Kanaan. Dixon now has a pair of sophomore drivers on side: Felix Rosenqvist and Marcus Ericsson. Rosenqvist in particular looked great at Texas, so if Dixon’s teammates can pull their weight, they could truly help him. If not, he’ll be pulling the whole team once again.

Scott Dixon has finished outside the top 5 in an IndyCar championship race once in the last decade. There’s no reason to expect that the 2020 IndyCar season will be any different. Look for Dixon to continue to do well after his impressive drive at Texas, with at least one more victory in the remaining races. His consistency, plus some better help from his new teammates, will put him into the title top 3—if he doesn’t win his second title in three years.