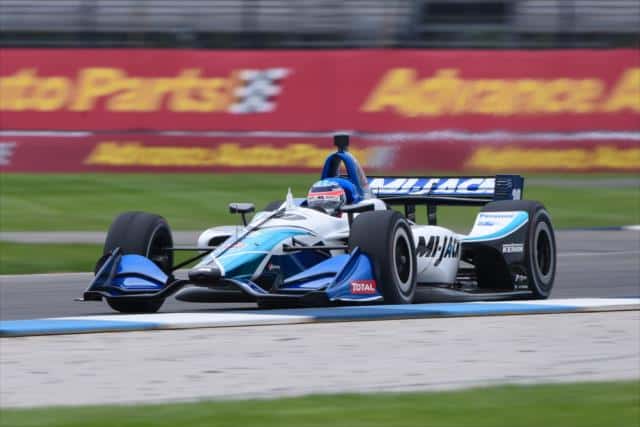 Takuma Sato entered the 2020 IndyCar season coming off one of his best NTT IndyCar Series campaigns, winning two races for Rahal Letterman Lanigan Racing. His 2020 didn’t get off to the best start, though; Sato crashed during qualifying at Texas Motor Speedway and the team wasn’t able to repair his car in time for the race, meaning that he has yet to turn a lap this season.

.@TakumaSatoRacer was checked and cleared at the @IndyCar medical center at @TXMotorSpeedway.

Here is what he said to NBC’s Kelly Stavast. pic.twitter.com/LWlmD1ibnR

Takuma Sato remains with Rahal Letterman Lanigan for the 2020 campaign, with no significant changes to his crew this season.

In the past three seasons, Sato has steadily improved. He finished eighth in the championship for 2017, a season that also saw him win the Indianapolis 500, and then scored another win in 2018. 2019 marked arguably his best season to date, as it was the first time he’s won two races in the same season. Those were part of his seven top-1o results.

Sato’s upward momentum should work in his favor for 2020. He seems to have settled into a new groove with Rahal Letterman Lanigan.

The aforementioned season opener at Texas isn’t exactly what Sato and the No. 30 team wanted to start out 2020 with. Missing the race entirely after a full day of on-track activity isn’t a confidence booster for anyone, and they’ll have to rebound as fast as they can—they’re starting out dead last in points.

Stronger teams are another obstacle for RLL and Sato. Bigger teams like Penske, Andretti and Ganassi will present a challenge for the Tokyo native this year, so he won’t have much margin for missteps like the one at the Genesys 300.

Look for Sato to rebound quickly. His inauspicious start at Texas shouldn’t hurt him too much aside from the early loss of points, and the No. 30 team will be back at Indianapolis to start July. While Sato has never won on the IMS road course, he does have two top-1o finishes there since 2015.

Don’t be surprised if Sato wins a race or two as well – he’s won at least one race each of the past three seasons and working with teammate Graham Rahal will help both their efforts in 2020.