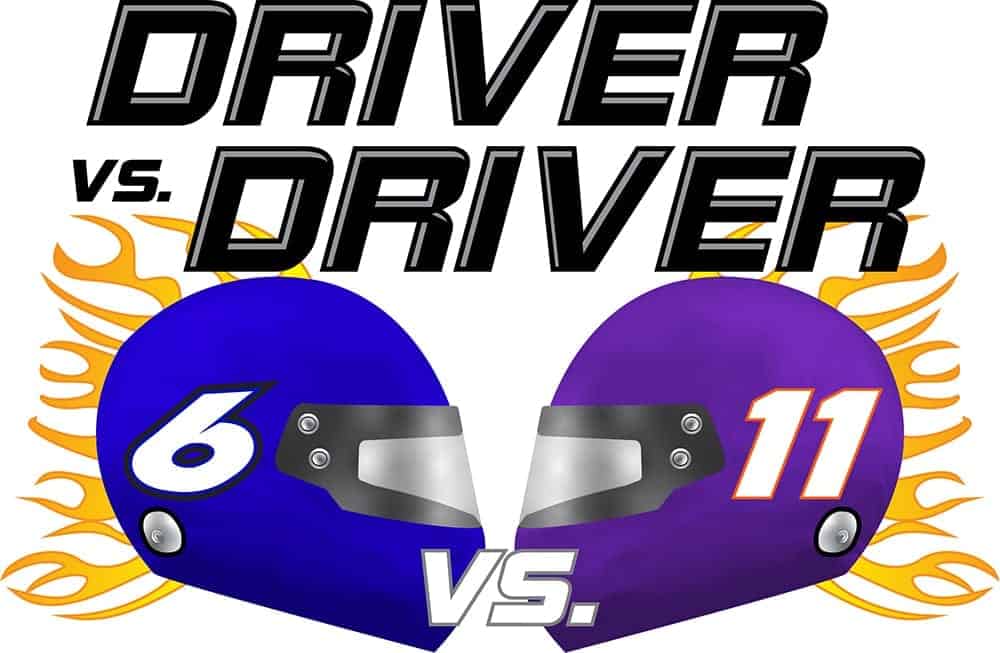 40 Cup wins is a big deal. In NASCAR’s history, spanning seven decades, just 20 drivers have claimed that many wins. And with those wins come titles, lots of ti — oh, wait.

This month, we look closer at drivers who have won a lot of races, but no Cup Series title to go with them. The rules are simple: Drivers must have competed against one another over time, and they must have something in common. Here, there really are no winners; that’s up to the ages to decide. But there sure are some great conversations about the best of the best.

With 40 and 41 wins respectively, Mark Martin and Denny Hamlin are the winningest modern era drivers without a championship. Only Junior Johnson has more wins (50) without a title, but he never competed for one as a driver. Both have come close to championships but fell short (though Hamlin has time to rectify that). So who’s the best driver in the modern era with no title? Here’s the debate.

I always tell people that if you look at a racing statistic record, some facet of it will always be misleading. The stats book will never be able to show you attrition, funding, history, competition levels, sponsorship, rule variances, traditions, mistakes, and track conditions. This is truly the case in the debate between these two drivers. An incautious look might show how much better Hamlin’s career has been compared to Martin’s.

Hamlin has more Cup wins in well over 300 fewer starts. He has three Daytona 500s compared to Martin’s aggravating goose egg. Hamlin won rookie of the year honor in 2006. We could go on, but it is all misleading. One thing that makes Martin far superior to Hamlin is their entrances into NASCAR.

Hamlin was quick to rise up the NASCAR ranks before landing a spot on the roster of one of NASCAR’s most potent teams and was instantly in top equipment. This practice was unheard of in the 1980s. While Hamlin rapidly rose, Martin simply crashed through. In 1982, a relatively unknown 23-year-old from Arkansas set off to run the entire season to chase the much need Rookie of the Year check … in his own equipment. It did not go well.

From sponsorship fraud, unreliable equipment and surmounting debt, Martin was quickly out by 1983. But there was no doubt he could drive. After dropping back to the old ASA circuits in the mid-1980s, he won his fourth championship in that series in 1986, and when successful road racing businessman Jack Roush was looking to foray into NASCAR, Martin got the call. At first, it also did not go well.

Lacking knowledge of NASCAR vehicles, Roush was often at odds with his crew. A relative outsider, Roush was accustomed to the customs of a sports car garage, not necessarily that of stock cars. While the struggles were not as great as they were in 1982, 1988 poised a whole new set of problems for Martin. But once the Roush team got their feet under them, one of NASCAR’s longest, most successful and inseparable combinations grew.

Just like how Hamlin is tied at the hip with Joe Gibbs, so were Mark Martin and Jack Roush. But Martin had a longer, more arduous trip to the top where he could fully exploit his talents. Martin never gave up chasing his dream, and after overcoming extreme financial hardships, he rose to the top pinnacle of the sport, which puts him ahead.

Martin’s longevity gives him another edge above Hamlin. Martin came agonizingly close to a NASCAR championship several times throughout his 30-plus-year Cup career. He even finished runner -up an incredible five times compared to Hamlin’s one. An oversized carburetor and subsequent penalty following a race at Richmond was the only thing that kept Martin from the 1990 crown in just his third year with the fledgling Roush operation. Despite the disappointment, one can argue that without Mark Martin, there would be no Roush Racing today. While it would be different, Joe Gibbs Racing would still be Joe Gibbs Racing today without Hamlin.

When Martin retired for the first time in 2006, he ironically nearly won the Daytona 500 the very next year while driving a reduced schedule for a different team. In another twist of irony, Martin would end up at a team in 2008 that was once one of his arch-rivals: Hendrick Motorsports. Before he moved on to Michael Waltrip’s operations, Martin was another piece of the Hendrick success story.

To think about it in retrospect to this debate, Hamlin has had a pretty consistent career: one sponsor, one number, one team, one home. It has been the same for 14 years. Despite a long stay in one place, it has not been the case for Martin. While some may argue consistency is better, Martin excelled wherever he has been.

Even off track, Martin gets the edge. Hamlin has been the face of a singular shipping company throughout his entire career. For Martin, he has had to adapt when it comes to sponsorship representation but gained a reputation for his professionalism, marketability, and lack of negative press. From the typical NASCAR sponsors of beer, motor oil, and insurance; he has represented them all. Even a stove company that would not pay him a dime, a brand of little blue pills, and a domain register that is designed to “encourage fathers,” he earned his keeps as a marketable figurehead for all kinds of institutions.

For these reasons and many more, Mark Martin clearly gets the edge over Denny Hamlin. ~Zach Gillispie

Coincidentally, Denny Hamlin just surpassed Mark Martin on Sunday. The most recent winner in the Cup Series as of this writing, Hamlin hit 41 wins, breaking his tie with the elder statesman for sole possession of 19th on the all-time list.

Hailing from Chesterfield, Virginia, Hamlin has won a race in every single full-time Cup season he’s competed in outside of 2018. He scored two wins in his rookie season alone, finishing third in the standings that year — less than 70 points behind champion Jimmie Johnson and just 12 behind runner-up Matt Kenseth.

Martin didn’t win a race until his third season of full-time racing, adding in a number of interspersed seasons where he didn’t visit victory lane at all. Hamlin’s already approaching Martin’s mark of 12,879 laps led — Hamlin sits roughly 2,300 behind Martin, and the way this year has gone already he might surpass him late this season or early in 2021.

The two are very similar when it comes to average starting and finishing position, but Hamlin’s got some time to better his stats and pass Martin in those categories. Hamlin, though, has never led fewer than 363 laps in a season, and he’s led 500 or more circuits in nine of his 14 full-time years.

Hamlin’s averaged almost three wins every full-time season he’s been slated for (including 2013, considering he only missed four races due to his Fontana injury and was otherwise scheduled for full-time competition). Martin managed just 1.5 wins per season in 27 years, excluding the four years he didn’t start at least 20 races.

Proving to be consistently good in equipment is also a beneficial factor for drivers. Hamlin was solid from the get-go when he joined Joe Gibbs Racing, and he’s in his 15th season with the team. Martin had a ton of years at Roush, but it took him a little while to get settled in when he moved to Dale Earnhardt Inc. and Hendrick Motorsports.

Championships have, of course, eluded both of these drivers. More than half of Martin’s career occurred before the implementation of the Chase for the Cup or the playoffs, and he retired the year before the playoffs even started — Hamlin has only known the Chase and the postseason. In the Chase era alone, Martin scored just four top-10 finishes in the points standings when the season was over, his best a second in 2009. Hamlin has reeled off 13, finishing in the top nine in points in all but three years. Five of those seasons ended with him in the top five and he very nearly won titles in 2010 and 2019.

Hamlin’s career resurgence is something that hasn’t been seen in too many other drivers — Martin himself, as well as Martin Truex Jr., come to mind alongside Hamlin. It might be just because it’s fresh in our minds, but Hamlin’s in the prime of his career right now and very well could finally win a championship with the tear that he’s on.

I don’t see Hamlin calling it a career anytime soon, and he’s got more than enough time — and the wherewithal — to score a championship or two. Jumping into the top 20 on the all-time wins list was just the beginning. ~Adam Cheek

It wasn’t an illegal carburetor. The team had welded the spacer on the intake manifold. NA$CAR said it wasn’t illegal but they didn’t like it and docked him I believe 42 points and Martin lost the Championship by six.