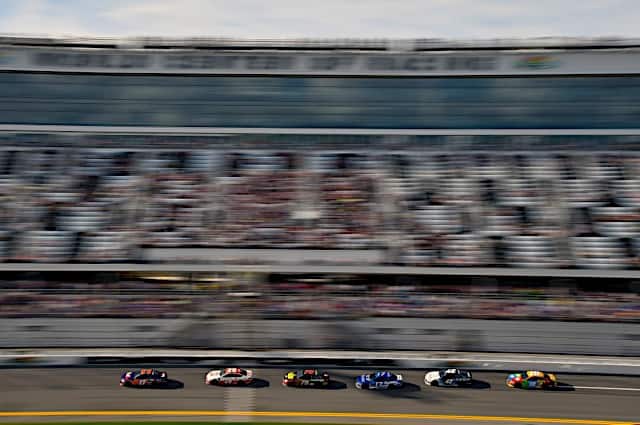 Race weekends have looked very different in 2020. Since the sport returned in mid-May, most races have been without fans. The first race to host a significant number in the stands will be the All-Star Race at Bristol later this month. But we’ve also seen some other changes as the sport works to keep cars on the track while keeping its participants safe.

Practice and qualifying have been absent from the landscape so far, and to be honest, it’s hard to actually miss them. The lack of practice hasn’t hurt the racing (and in fact it may help). The drivers and teams, for the most part have been receptive to the format. A few drivers have complained about not being able to get their cars right, but for the most part, the format is working.

The question becomes how does NASCAR take this into account moving forward. I wrote last week that a few format tweaks could improve the sport: very limited practice and qualifying in a single, 15-minute sessions (longer for Trucks and Xfinity to accommodate inexperienced drivers) and using the time that would have been spent practicing for media and fan interaction.

So, let’s take a look at how a race weekend could look if those changes were implemented. The example below is for all three national series running the same track on a weekend, with Trucks and Xfinity racing Saturday and Cup on Sunday. Obviously things would shift of there was a single undercard race, another series on tap, a Truck or Xfinity standalone or a Cup doubleheader.

Beginning with Friday, there is a different look. The idea is to maximize the experience for fans attending the race while keeping the weekend streamlined for teams, and hopefully make the racing better for fans at home at the same time. For all series, practices and qualifying are combined. The fastest practice lap would simply equate to the qualifying time. In Trucks and NXS, teams could come to the garage to make changes; in Cup, they can only come to pit road and are done once they go to the garage. For the two lower series, an additional half-hour of practice for rookies takes place at the beginning of the hour.  For Cup, rookies visiting a track for the first time in a Cup car would get a half-hour before the full field session. Times during rookie-only sessions would not count toward qualifying.

Instead of extra practice time, there would be required media availability for all drivers, with most at their haulers. That allows media to talk with a variety of drivers to bring more variety to fans at home.

Every series would also have mandatory fan interaction times for all drivers during the weekend. For the lower series, a full-field autograph session could be scheduled Friday, a good incentive for fans to buy a Friday ticket — they’d be guaranteed to be able to attend at least one of the two lower series sessions. The same goes for Saturday, with all Cup drivers participating in an event at some point Saturday or Sunday morning. That could look like an autograph session at the haulers, a group Q&A, or a kids’ activity — there is a realm of possibility for fun activities. Every fan with a ticket would be guaranteed at least one driver event, assigned at random.

Fan accessibility in NASCAR has dropped in recent years, and this could be a way to bring it back. It doesn’t raise interaction to the level of the NHRA, but it does bring fans and drivers closer. And without multiple extensive practice sessions, it could happen without making more demands on drivers’ time. Sunday mornings could still be reserved for sponsor hospitality events, so nobody loses out.

This is the type of weekend format that could be a winner for NASCAR. Instead of taking away value for fans by reducing on-track activities, it opens up more opportunities to interact with drivers and participate in other activities the tracks could arrange, like charity track walks (these could also be part of a driver’s weekend if he were to walk with fans) or family programs. It also gives fans at home the chance to see improved racing with reduced practice (it has produced some different faces among the top spots so far) and to hear more from different drivers via expanded media availability (postrace media would remain unchanged).

Really, there’s a way to maximize race weekend for all involved, and it’s really fairly simple. It would not take a huge amount of change to implement, and it could give all fans the chance to interact with drivers from different series. NASCAR has the opportunity to make some really positive changes going forward, and here’s an easy place to start. Races should be a weekend destination for fans. They once were, and they can be again.

Some good ideas here. Limited practice with fastest speed as quals is good. Gives the teams a chance to shake down cars briefly. And give fans more to watch.