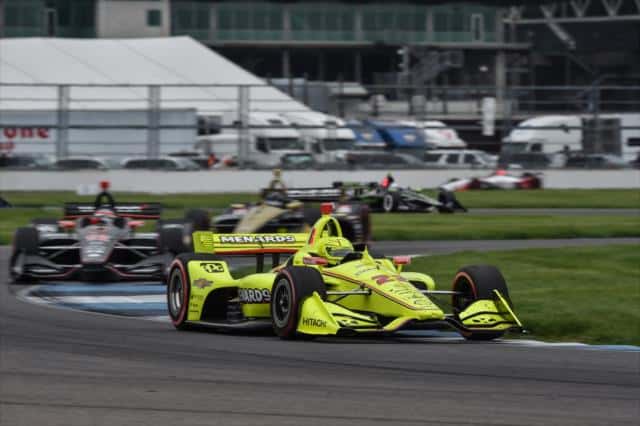 NTT IndyCar Series drivers will be back at the track this weekend for the first time since early June for the GMR Grand Prix. Following the season opener at Texas Motor Speedway, teams had almost a month off before the open-wheel series’ return at the famed Indianapolis Motor Speedway.

Although the Indy 500 was pushed to later in the year by the coronavirus pandemic, IndyCar will run on the track’s infield road course this coming Saturday in a historic occasion. This weekend marks the first time IndyCar and NASCAR have had a doubleheader weekend, with the open-wheel cars and NASCAR’s Xfinity Series running back-to-back on Saturday, followed by the Cup Series on Sunday. The former two will both run the road course. Simon Pagenaud is the defending IndyCar winner, sweeping both races at Indianapolis last year.

Dalton Kellett is scheduled for the A.J. Foyt-owned No. 14, as he and Tony Kanaan are splitting the 2020 schedule in Kanaan’s final year.

Conor Daly ran for Carlin at Texas, but makes the switch to Ed Carpenter Racing’s No. 20 this weekend. Ed Carpenter himself will not be running as he did at Texas.

The GMR Grand Prix is set to get underway shortly after noon ET on Saturday, July 4, with the Xfinity Series race scheduled immediately afterward at 3 p.m.