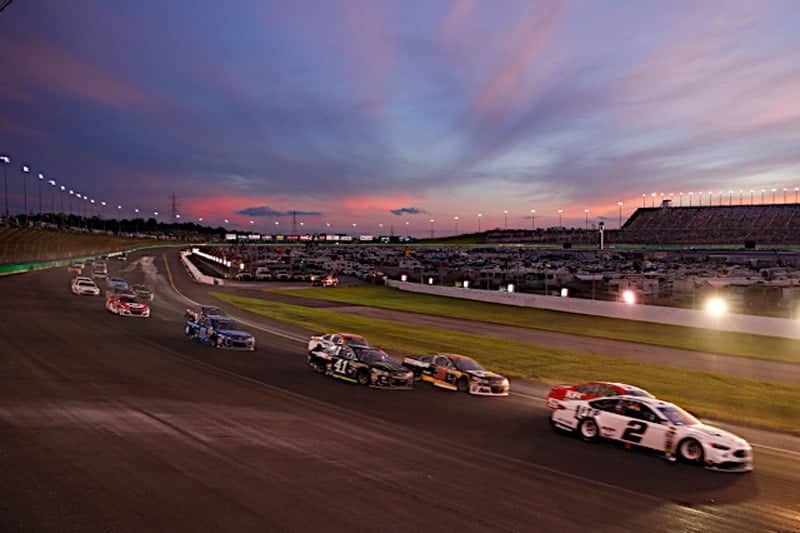 As NASCAR prepares to head to the Bluegrass state, 38 NASCAR Cup Series cars are slated to take the green flag for the Quaker State 400 (July 12) at Kentucky Motor Speedway.

After the preceding contest at Indianapolis Motor Speedway, only minor changes can be seen on the entry list. Ross Chastain, who was entered in the No. 77 Spire Motorsports entry at Indianapolis, is not entered at Kentucky. The driver slated to replace him has been listed as TBA.

After entering the Indianapolis contest, the Tommy Baldwin Racing’s No. 7 Chevrolet and BJ McLeod Motorsports’ No. 78 Chevrolet have been noticeably dropped from the list of entries.

After several weeks of driver shuffling throughout the summer at Rick Ware Racing, regular drivers JJ Yeley, Joey Gase and Garrett Smithley retain their spots in the No. 27, No. 51 and No. 53 entries respectively.

The green flag for the Quaker State 400 is scheduled to fly at 2:30 p.m. ET on Sunday, July 12 with TV coverage provided by FOX Sports 1.