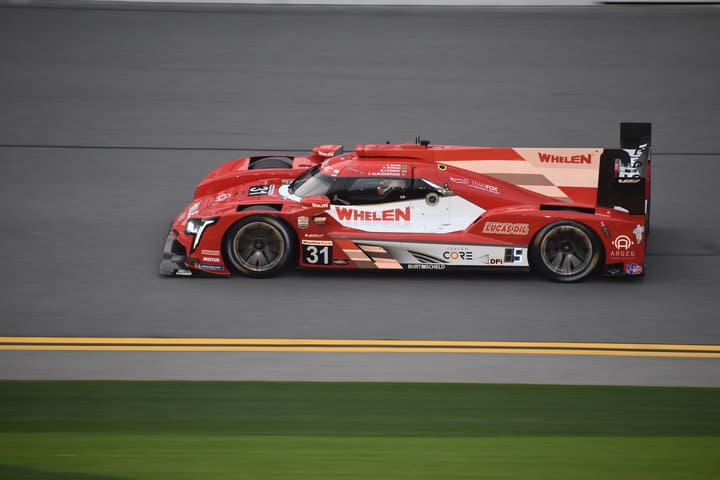 Action Express Racing announced Friday morning (July 3) that Felipe Nasr, driver of the Whelen Engineering-sponsored No. 31 Cadillac DPi-V.R., has tested positive for COVID-19.  As a result, he is returning to Miami in order to enter quarantine and will miss Saturday’s WeatherTech 240 at Daytona at bare minimum.

“I’ve been waiting so long for this weekend to get back to racing,” Nasr said in a press release.  “I felt I had been doing everything correctly. I have been in Miami for about a month, staying away from anyone in racing. Yesterday as I was driving to Daytona, I wasn’t feeling just right. So, before I went to the track or met with my team or anyone in motorsports, I went and got tested and, unfortunately, I tested positive. I want to keep everyone on the Whelen Engineering/Action Express team and those around the series safe. I am going back to Miami to quarantine. Hopefully, I will recover quickly, and my doctors can clear me to return to racing soon. For now, I will follow all instructions, guidelines and recommendations from my medical team, my race team, and the IMSA Officials.”

Action Express Racing hopes to have Nasr back in the car for the Cadillac Grand Prix of Sebring on July 18.  In order for that to happen, Nasr must successfully complete his quarantine and test negative afterwards.  Only then would he be allowed to make the 100+ mile drive to Sebring to compete.

The team has tapped Gabby Chaves to share the No. 31 Cadillac with Pipo Derani for Saturday’s race.  He has seven career starts in the IMSA WeatherTech SportsCar Championship, two of which came in Action Express Racing’s Cadillacs.  His best career finish is fourth in the 2014 Petit Le Mans while driving for DeltaWing Racing Cars.  His best run in the Cadillac was sixth at Watkins Glen in 2018.