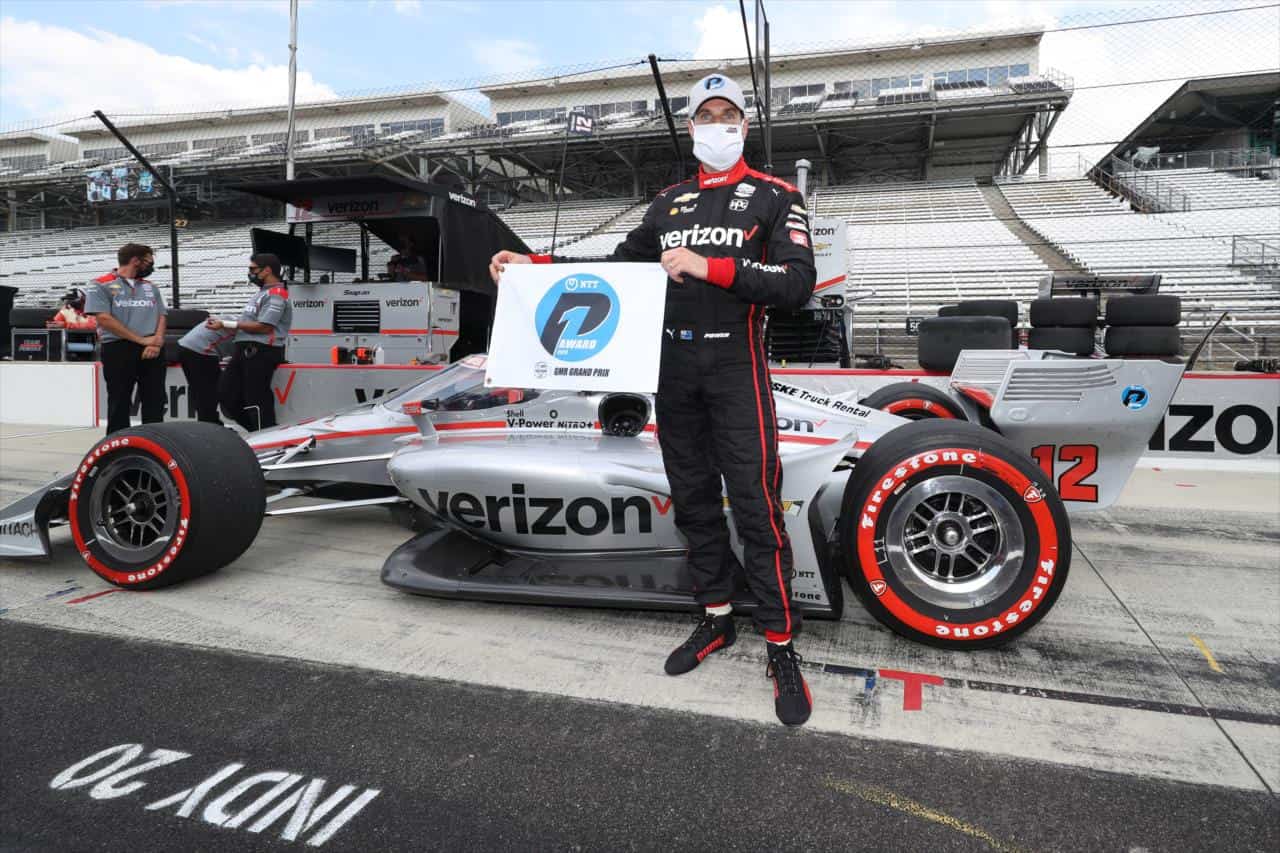 It may not be May, but Indy cars have finally returned to the hallowed Indianapolis Motor Speedway on July 3 for a day of practice and qualifying in preparation for the July 4 GMR Grand Prix on Indy’s road course.

After an entertaining qualifying session using IndyCar’s traditional road-course qualifying procedure, Will Power laid down a blistering lap of 110.178 mph in the Firestone Fast Six to claim his 58th career pole position. Power bested the incredible lap of Meyer-Shank Racing driver Jack Harvey, who looked to be on the way to earning his first career pole until the final fleeting seconds.

Behind Power and Harvey will be Colton Herta, Graham Rahal and rookie Oliver Askew. Askew was the fastest driver in Segment 2 but failed to deliver in the final six.

Last year’s winner Simon Pagenaud suffered disappointment early after failing to make it out of Segment 1. He will start deep in the field in the 20th position.

A few incidents took place throughout the session. Marco Andretti was the first victim as he went off course in Segment 1 and was only able to rebound to earn the 25th spot on the grid.

In Segment 2, Ryan Hunter-Reay overshot turn 12 and nearly impeded Askew while trying to navigate his way back on track. This prompted an official review, but the stewards elected to take no further action. Hunter-Reay will roll from the 12th position.

Finally, in the Firestone Fast Six, Josef Newgarden blew threw turn 12 as well before turning a complete lap. With an expiring clock and worn tires, Newgarden couldn’t reach the start-finish line. He will start sixth.

The green flag for the GMR Grand Prix is scheduled to fly at 12:00 p.m. ET on Saturday, July 4 with TV coverage provided by NBC.