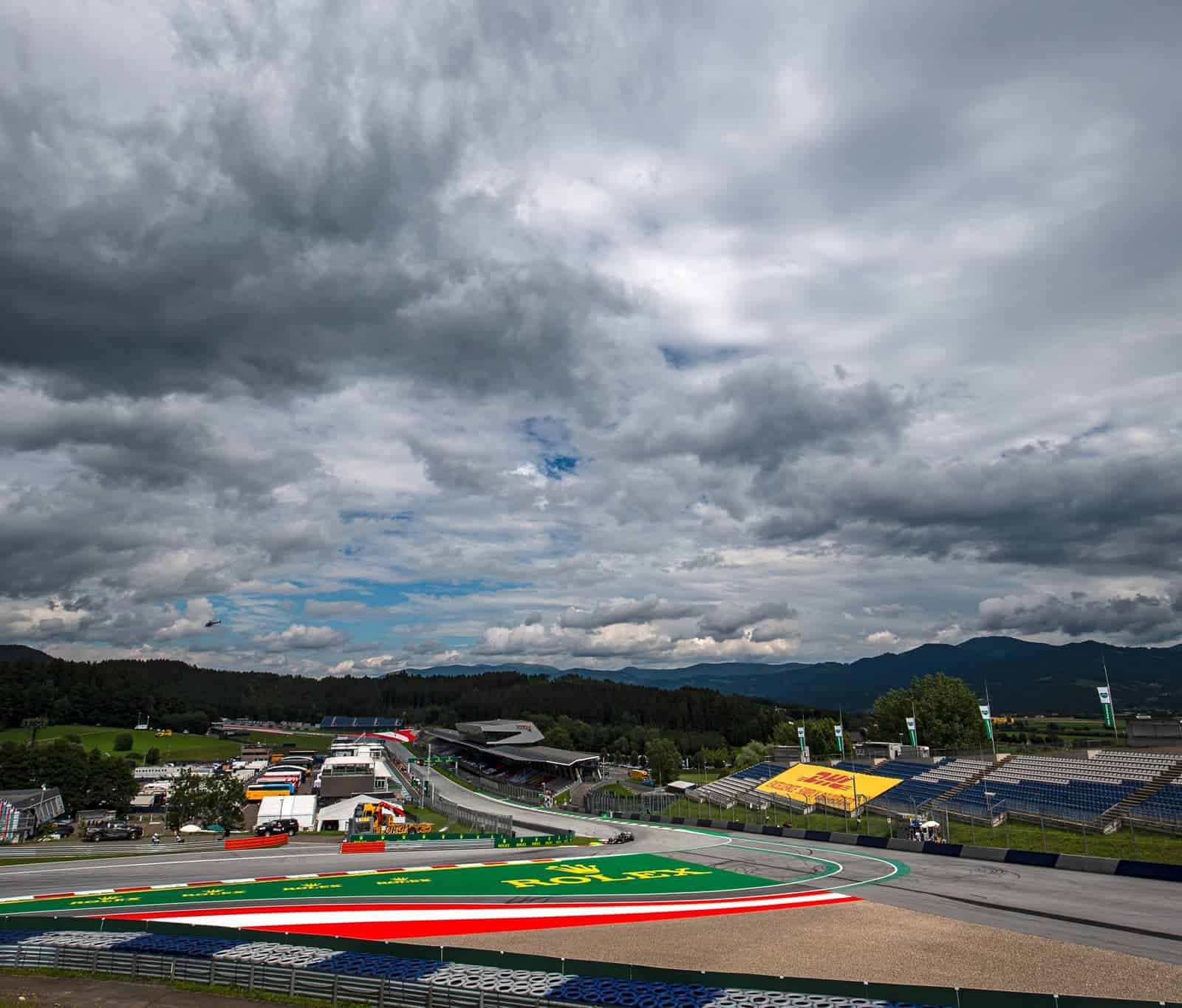 Following their off-track win yesterday with the ruling that their the DAS system was legal, Mercedes F1 got back to what they do best. Domination.

The six-time defending world champions unveiled their new black livery prior to the weekend in support of Black Lives Matter, and after dominating F1 for a good part of the 2010’s it appears that 2020 will be no different.

As Q3 wound to a close, it appeared that Lewis Hamilton would take the pole position and continue his ruling of the grid; that was until his teammate had other ideas. Nipping Hamilton by a mere 0.012 seconds Valtteri Bottas will start P1 come Sunday.

Despite an off-track excursion earlier in the session, the Fin was able to set a time of 1 minute 2.939 seconds to claim his 12th career pole position.

Hamilton will line up second on the grid making it another 1-2 for the Silver Arrows, after logging a time of 1:02.951. Dutchman Max Verstappen will start third in his Aston Martin Red Bull Racing entry, nearly half a second off of Bottas’ time.

However, the star of Q3 was McLaren’s Lando Norris. The youngster in only his second season of F1, will lineup fourth on the grid. With a time of 1:03.626, Norris beat his best career qualifying effort of fifth which he set at Paul Richard last year.

Both of the Ferrari cars struggled during the session, with Charles Leclerc starting P7 and Sebastian Vettel mired all the way back in P11. With Vettel missing Q3 by only two-tenths of a second, it marks the first time since Great Britain in 2016 that the German failed to qualify in the top ten.

Esteban Ocon will start 14th, making his first start since being displaced at Racing Point in 2018.

Rookie Nicholas Latifi will start last after wrecking his primary car during practice. Latifi who is making his F1 debut at Austria only got in around 12 laps logging a time of 1:05.757.

That Mercedes took the top two spots is of no surprise.  Even if they may have been laying off a touch during the three practice sessions, they easily ran near the top.  Hamilton turned the quickest laps and Bottas followed close behind.  There was little reason to believe that anything would change once qualifying began.

Red Bull tried to upset the steely Mercedes mindset by lodging a formal complaint against the Dual Axis Steering System (DAS) but the stewards ruled that because the system was part of the steering that it would not be considered part of the aerodynamics. (More below.)

Red Bull managed the third and fifth positions which holds as to where they should likely wind up.

The disappointment of qualifying is not Ferrari, as they have looked unsettled since the beginning of the sessions, but rather with Racing Point.

The team worked to build a car that is based off the 2019 Mercedes, the one that Hamilton piloted to the championship and the team used to win the Constructors title.  All indications pointed to the car being fast and the team seemed to be a lock to take the spots behind Red Bull on the grid.

McLaren, owing to the strength that Racing Point had shown during practice, had already acknowledged they would struggle to keep up.  But Sergio Perez and Lance Stroll could muster only sixth and ninth, respectively, offering a glimpse that practice sessions do not always give the full story.

The other disappointment from practice sessions thru qualifying is the lackluster effort from Alphatauri.  The team consistently raced within the top ten last year but so far look off, seemingly unsure of themselves.  It is confusing for a team that kept things relatively the same over the winter.

Pierre Gasly and Daniil Kvyat both returned.  The Honda engine is in its second year of use.  The upgrades to the car should have moved them forward not sunk them back to the likes of Haas F1 or Alfa Romeo.  Perhaps the new branding, switching away from Red Bull Toro Rosso did something to the psyche of the team … just kidding.

– The Dual Axis Steering System has garnered a lot of attention as to how it will help Mercedes secure their seventh straight title.  One thing that should be noted is that Mercedes do not seem to need additional engineering to accomplish such a feat but that their ingenuity should be applauded.  That being stated, the focus of DAS is to keep the tyres evenly heated in an effort to gain a performance edge.

By pulling the steering in or out, the driver can manipulate the tow on the tyres, helping to ensure they maintain equal distribution or gains in heat.  That’s pretty novel and the team deserves credit for finding a loophole in the regulations that allows them to do such a thing.  The main usage for the device will be on the straights, as it would be ever so difficult to manipulate the steering to the left and right while also pushing or pulling during high-speed esses.

Red Bull may have been protecting that Mercedes had implemented such a system but they did so for two reasons.  One, the wanted to discourage any extra advantage that Mercedes gains from DAS.  That element seems rather simple and the reason for any protest.

The second reason is that Red Bull wanted clarity on the rule.  Now that they know that DAS is legal, Red Bull understands how things have shaken out, and for good reason.  Team principal Christian Horner slyly indicated on the Sky Sports coverage during the first practice session that they have their own DAS ready to go.  If that’s the case, it should not be long before they have implemented it on their car.

– Woe is Ferrari.  The speed that the Prancing Horse showed last year encouraged fans to believe in – whoa, Ferrari!  Instead, the team unloaded a subpar vehicle that looks well off what they were running in 2019.  That Sebastian Vettel failed to run in the final qualifying session says everything.

Ferrari runs on turmoil at this point.  Rather than clear direction, the team continues to bumble about.  The fact that Ferrari decided not to offer Vettel a contract for next year, after having frequently stating they would, continues the trend of having little real direction.  Now they have to deal with a malcontented teammate who has shown a propensity to disengage from direction and could easily assist in sabotaging the team’s favored driver, Charles Leclerc.  As usual, the team will be the best drama on the grid.