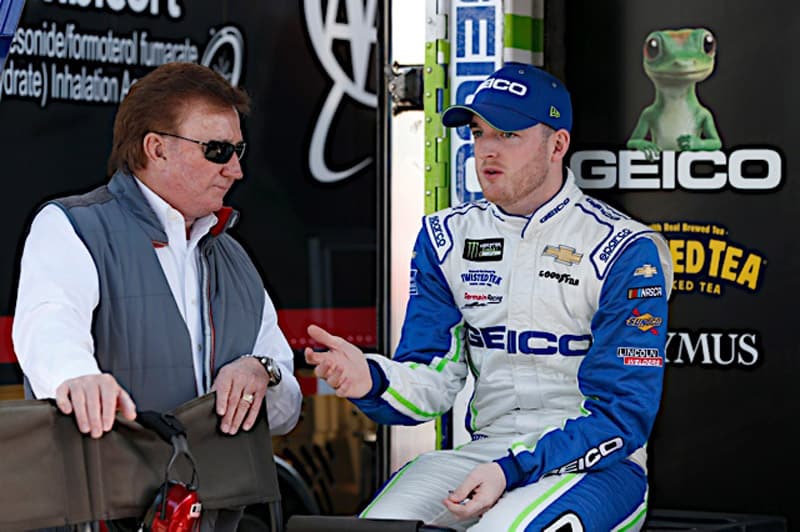 Did You Notice? … The number of NASCAR teams approved for a loan under the federal government’s Paycheck Protection Program? The NASCAR PPP loans numbered in the millions and involved one-third of the teams on the NASCAR Cup Series circuit.

For now, let’s focus on the Cup programs alone.

I’m sure this list is not fully comprehensive. Also, teams may have chosen other ways to keep themselves solvent during the pandemic. MBM Motorsports told Frontstretch in April they chose to furlough everyone in lieu of potential bankruptcy from COVID-19.

What’s notable is who isn’t on the list: Hendrick Motorsports, Team Penske, Stewart-Haas Racing and Joe Gibbs Racing. The four teams who have combined for all 16 wins this season didn’t need the government’s help to survive. Their satellite teams of Wood Brothers Racing (Penske) and Leavine Family Racing (Gibbs) also seemed to make it without assistance. It’s a good sign NASCAR’s upper class, at least, could weather the first few punches of COVID-19.

But that group only totals 17 cars, a sign of how devastating a lost season could have been had NASCAR been unable to restart due to the pandemic. In less than two months, they’ve recouped a dozen Cup races, a Herculean achievement considering none of the four major stick-and-ball sports have gotten off the ground. There’s been minimal revenue from fans returning, but the TV contracts alone have been enough to stop the bleeding.

Problem is, this pandemic is far from over, a sobering reality we’ve seen across the country in recent days. In the latest sign of schedule disruption, Watkins Glen International is expected to lose its August race date as the governor will not give the track a waiver to compete during COVID-19 reopening. It’s the latest on a growing list of tracks NASCAR won’t be visiting this season. WGI joins Sonoma Raceway in California and Chicagoland Speedway out in Illinois.

The adjustments show just how fragile getting through the rest of the season could be. What if Jimmie Johnson’s positive coronavirus test turns into five to seven top drivers on the circuit? What if Florida’s COVID-19 caseload, over 10,000 per day at times, becomes untenable for NASCAR to run races there? If the sport runs out of states willing to host them, well, you can’t really finish the season, can you?

Which is why this two-month window serves as a guide for future 2020 cancellations. If teams all the way up to CGR’s and RCR’s level are seeking loans, how many would remain in business come February without a full season? Heck, an independent track (Pocono Raceway) was approved for $350K-$1 million in loans to stay afloat.

NASCAR should have plenty of cash reserves to make it through at this point. However, it’s hard to distribute that cash to race teams that are independent contractors … not franchisees. How will they handle a worst-case scenario to keep half their teams from going belly up? These numbers are a sign someone better be thinking about it.

Did You Notice? … Aric Almirola has come out of nowhere with five straight top-five finishes? Almirola has surged from 14th in points to ninth, the highest of any driver this season without a win. The soft-spoken driver has led 65 laps during that span and finished third three times, most recently at Indianapolis Motor Speedway this past Sunday.

The surge has literally come out of nowhere after an ugly stretch where Almirola compiled two DNFs in three races. A battery issue at Martinsville Speedway June 10 finished off a trio of second-place starts that ended with a net loss of 73 positions on the track.

Just how rare is this type of streak for Almirola? The 36-year-old, racing for eight-plus years in Cup, never had more than four top-five finishes in a season. Now, he’s racked up five in five races! And he’s driving for an organization in Stewart-Haas Racing that has arguably one of the top two title contenders in Kevin Harvick.

It’s easy to forget how close Almirola was to cracking the Championship 4 in 2018. He won at Talladega Superspeedway in October, then made a spirited effort to sneak in with a victory at Phoenix Raceway before a late wreck.

Higher expectations followed but 2019 was a winless season, resulting in a crew chief change from Johnny Klausmeier to Mike Bugarewicz. It then took nearly a dozen races for the duo to click.

Now, they’re humming in the midst of a contract year for Almirola. And the streak couldn’t have come at a better time with Chase Briscoe suddenly surging in the NASCAR Xfinity Series, commanding a spot in the Stewart-Haas Racing stable in 2021.

Where would you put Briscoe? Not in the No. 4, of course. Cole Custer is in his rookie season and practically untouchable with his dad entrenched as SHR president. That leaves two open spots: Almirola’s and Clint Bowyer‘s in the No. 14.

A winless Bowyer is now clearly the most vulnerable driver, perhaps the only one left on the list.