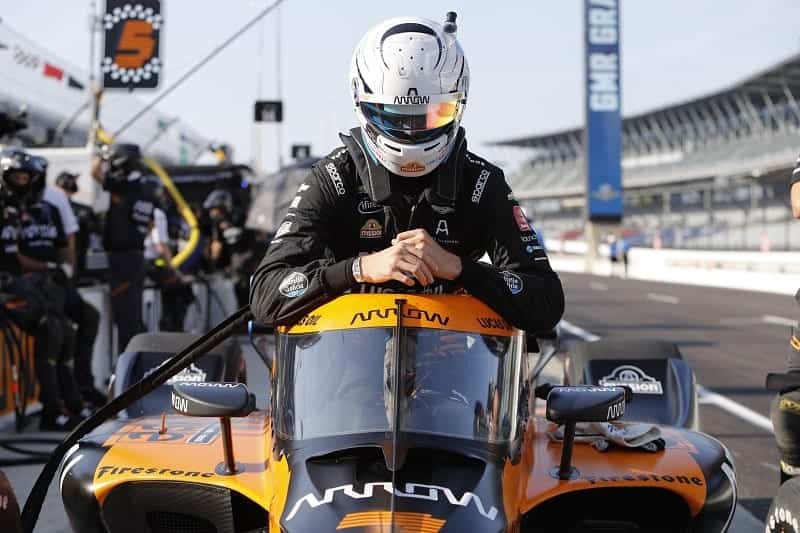 The July 4, 2020 weekend saw motorsport history being made with the introduction of the IndyCar-NASCAR doubleheader for the first time in history. While fans and media pundits have been talking about this kind of event for years, the respective differences of both series made it seem like a pipe dream. It did admittedly take a pandemic to make things happen—but if this one-off occurrence is to become a tradition, IndyCar is going to need to secure a bigger slice of the on-track pie.

Putting the two biggest US-based racing series on the same track during the same weekend is revolutionary. Despite the fact that they both represent distinct disciplines of racing, IndyCar and NASCAR are rivals, and like all rivals, neither series has been eager to volunteer itself as the second fiddle.

Ego hasn’t been the only prohibitive factor, though. A deep dive by Racer in 2019 brought up other viable concerns about doubleheaders, like the attention span of viewers and comfort of the fans at the track—both of which were mitigated this weekend by the lack of other sporting events and no in-person fans in a COVID-19 world.

Heading to the comments section of articles like that one brings up a crucial point: IndyCar fans just haven’t been keen to have their series serve as the opening act to the big race.

Yes, IndyCar is still suffering the consequences of the American open-wheel split where fans lost interest and the series lost prestige while NASCAR took advantage of open-wheel’s decline. Yes, IndyCar would undoubtedly be the series to most likely benefit from a doubleheader.

But that doesn’t mean the series should be pitched to the wayside—a fear that unfortunately came true for many fans on July 4. The IndyCar event was the first of three races run at the Indianapolis Motor Speedway, and it was cut down to 80 laps from 2019’s 85 in order to make room for an hour-long Xfinity pre-race show. IndyCar, by contrast, had about eight minutes of pre-race coverage between the start of the broadcast and the green flag.

For those predominantly IndyCar fans tuning in from home, the doubleheader was certainly frustrating both in terms of coverage and schedule. Xfinity took the prime time slot on Saturday afternoon, while IndyCar raced hours earlier, starting at 9:00 AM on the West Coast. It would have made better sense to sandwich the IndyCar event between NASCAR’s two races.

If IndyCar and NASCAR are planning to team up for future race weekends, both series need to get together and determine what’s best for both of them, and that also includes giving a little TLC to the series that’s had a rough go of it these past few years. The purpose of a doubleheader should be to showcase—and elevate—both series.

The NBC broadcast included a lot of great things. IndyCar drivers were brought on during both NASCAR broadcasts to talk about their own race as well as offer analysis about the NASCAR competition. NASCAR pundit Rutledge Wood offered commentary on the IndyCar event. Those talent crossovers were one of the highlights of the weekend, providing fans of a single series the opportunity to get to know a new form of motorsport with the help of voices they know and trust.

The weekend also revisited the possibility of on-track crossovers, with Josef Newgarden noting that he’d love a chance to race a stock car and an open-wheel car on the same weekend. A blend of talent is a good thing for both series, as it can attract fans from one sport to the other just to see their favorite driver compete in wholly different equipment.

But there need to be some changes before that could be viable, too—like giving IndyCar a better time slot to prove that it’s competing with the NASCAR Cup Series and not the Xfinity Series. Some fans have suggested alternating which series runs the final race of the weekend, so at the next doubleheader, IndyCar would race on Sunday afternoon. Others have wondered if both series broadcast teams could learn from each other, providing more opportunities for unique pre- and mid-race features.

In future doubleheaders, IndyCar should be given the opportunity to highlight its own talent and its own racing. After all, it technically isn’t a doubleheader if the two series going head-to-head aren’t given the same platform of legitimacy to contend from.

IT’S GOOD TO REMEMBER THAT John Andretti, Robby Gordon, Tony Stewart and Kurt Busch HAVE RUN BOTH INDY AND THE 600 IN THE SAME DAY SO DOUBLEHEADERS HAVE BEEN ATTEMPTED BEFORE. INDY AND NASCAR WOULD BE POSSIBLE FOR A DRIVER AT THE SAME TRACK, ESPECIALLY WITH THE SHORTER RACES !!