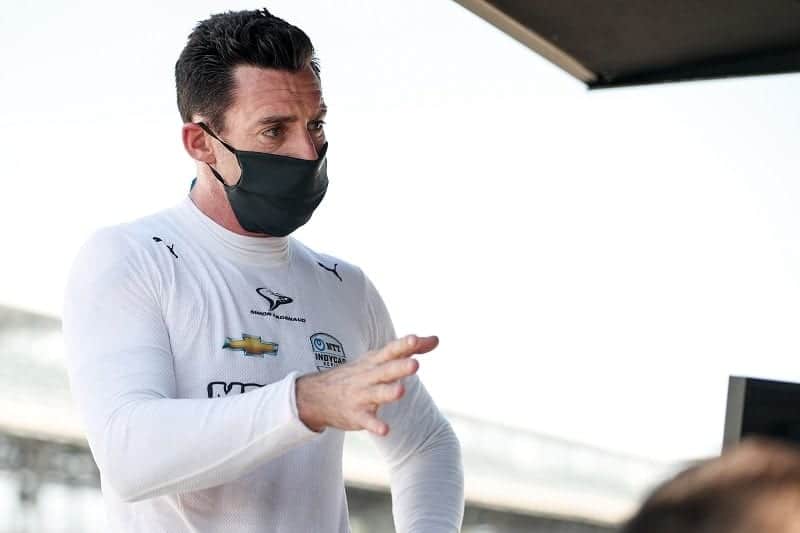 The 2020 IndyCar season is in full swing in July 2020. With two races in the books and four more scheduled by the end of the month. NTT IndyCar Series teams are already developing into contenders—or not. After two busy races, which teams are the front-runners for the Astor Cup, and which ones still need more work in order to make themselves championship material?

Here are Frontstretch’s IndyCar power rankings for July 2020. Let us know how you would rank the full-time NTT IndyCar Series teams in the comments.

The winningest team in IndyCar history remains the top contender despite a lack of race wins due to their overall success. It should come as no surprise that Simon Pagenaud and Josef Newgarden currently sit second and third respectfully in the point standings. Pagenaud already has two podiums, and Newgarden led 41 laps from the pole to finish third in the season opener at Texas. Will Power has had a slow start to his 2020 campaign, having finished no better than 13th, but is a past winner at Road America, where IndyCar races twice this weekend.

I enjoyed driving this @XPEL car over the last 2 races! We have had some good speed and now just need to fully covert the race result. Excited to get up to @roadamerica this weekend ?⁣
⁣
Photo ✖️ @EmotiveImage pic.twitter.com/ZSuy4SldfJ

CGR celebrates its 30th anniversary this year, and what better way could the team mark the occasion than by winning their 13th championship? Scott Dixon is the early favorite for the title after crushing the field in both of 2020’s races so far, and he leads the point standings as a result of that dominance. Dixon’s teammates Marcus Ericsson is also within the top 10 at the moment, and Felix Rosenqvist showed great speed at Texas, but is still looking for a result that will get him into the upper echelon. If either one of them kicks into gear, Ganassi could knock Penske off the top of this list in short order.

Three of Andretti’s five full-time drivers are within the top 10 in the point standings, with Colton Herta in fourth place, so they’ve put in a solid effort overall. Alexander Rossi is currently ranked 23rd, having finished a lap down at Texas and then having to retire early from the Indy GP. But don’t count Rossi out of his hunt for a title just yet; he could pick up wins as early as this weekend at Road America, where he dominated in 2019. And Ryan Hunter-Reay has multiple wins at Iowa Speedway, where the month concludes.

She’d like a chance at things. Maybe next weekend. pic.twitter.com/CSLWCcWzYw

Both RLL drivers are having a respectful start to 2020 as they aim to reach Victory Lane for the sixth straight year. Graham Rahal currently sits fifth in the point standings, and scored his first podium in over a year when he finished second in the GMR Grand Prix. If not for Dixon’s incredible performance, he could have nabbed a win there. Takuma Sato is currently ranked 21st after he failed to start the season opener at Texas, but he then finished tenth at Indy and has won at least one race every year since 2017.

CAN’T WAIT to see fans at @roadamerica this weekend! @indycar just isn’t the same with out you all! Who’s coming out for the double header?! pic.twitter.com/K9T94Ir13C

Having traditionally struggled on the road and street courses that make up the bulk of the schedule, ECR is looking to improve their performance in 2020 and could make a serious run in July. Conor Daly is currently ranked seventh overall, although his sixth-place finish came with Carlin. Meanwhile, Rinus VeeKay is the top-ranked rookie in the 2020 IndyCar season and sits 11th after collecting his first top-5 finish at Indy. Owner/driver Ed Carpenter finished fifth at Texas and is likely to have a pair of great results in the doubleheader at Iowa later this month.

What’s better than a race with the @USAFRecruiting car at @roadamerica?

Young drivers Patricio O’Ward and Oliver Askew have already shown a lot of promise in just two races for the team formerly known as Schmidt Peterson Motorsports. O’Ward is ranked eighth overall after getting a top-10 result at Indy and Askew finished within the top 10 at Texas. Unfortunately, his crash at Indianapolis—the sole wreck of the entire race—shows some inconsistency on the part of the revamped team, but they have the speed to make things interesting as well.

Time to set our focus on the first doubleheader of the 2020 @IndyCar season.

After running part-time since 2017, MSR and Jack Harvey are finally contesting a full season. With finishes of 16th and 17th in the first two races of the season, Harvey’s performance so far this year is nothing to write home about. But he did qualify second for the GMR Grand Prix and had an impressive drive going there at the beginning of the race. If he can drive that well again at even just half of the upcoming races at Road America and Iowa, it could make a huge difference in the team’s first full-time campaign.

Coyne’s 2020 lineup features a sophomore and a rookie in Santino Ferrucci and Alex Palou, who have struggled and are currently ranked 12th and 24th overall. After scoring seven top-10 finishes last season, Ferrucci’s best finish so far this season is ninth, and Palou has yet to crack the top 15. But Ferrucci finished fourth on three separate occasions last year, all of which came on ovals, so be on the lookout for him at Iowa.

Carlin has had an up-and-down 2020 IndyCar season to date with what was reduced to a single-car effort. Daly finished sixth for the team in the opener at Texas, while Max Chilton took over at Indianapolis and came home in 16th place. The team will need more finishes inside the top 10 if they want to be competitive, and since title points are awarded to drivers and not teams, Chilton’s partial schedule rules him out of Astor Cup contention purely for mathematical reasons.

Round 3 of @IndyCar action kicks off this weekend at @roadamerica w/ @maxchilton behind the wheel of the @GallagherGlobal @TeamChevy as the only Carlin entry.

It’s highly unlikely that the Foyt team will win the IndyCar championship this year, yet that shouldn’t be a surprise considering the team is undergoing a rebuild. Tony Kanaan scored a top-10 finish at Texas, but his splitting seat time with two other drivers likewise means all three won’t have a real shot at the title. Charlie Kimball is the team’s only full-time driver, and while he was incredibly fast in the Lone Star State, a late-race wreck turned a top-5 into an 11th place result.

Well that was a pretty awesome weekend.

Thanks to @AJFoytRacing for putting me in a good position to get the most out of my rookie event.