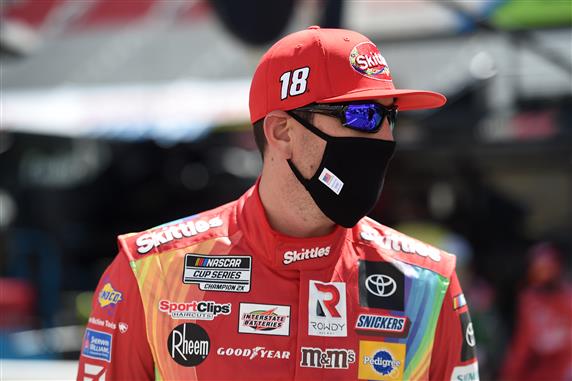 NASCAR Cup Series driver Kyle Busch is looking to win his first race of 2020 after earning the pole for Sunday’s (July 12) Quaker State 400.

Busch will start alongside Team Penske’s Joey Logano, who drew the second position.

Kevin Harvick hopes to win his first race at Kentucky Speedway as he’ll be joined by his Stewart-Haas Racing teammate Aric Almirola in the second row. Alex Bowman is the highest starting Chevrolet driver in fifth.

The lineup was based on a random draw, separated into groups of 12 in order of owner points. For example, positions one-12 were randomly drawn to set their respected lineup.