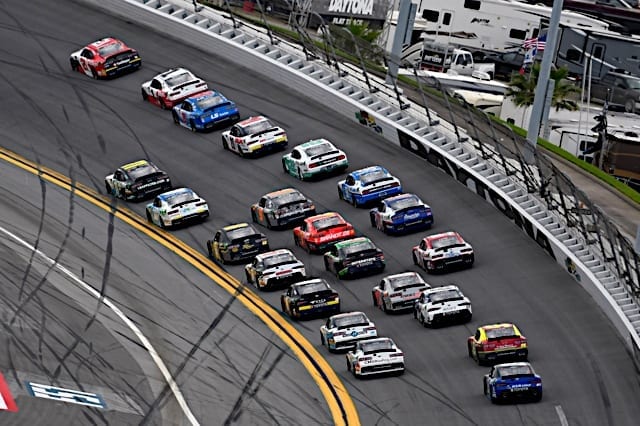 More of the 2020 NASCAR Cup, Xfinity and Gander RV & Outdoors Truck series’ regular-season schedules, as well as that of the ARCA Menards Series, was released on Wednesday, July 8.

All four series will race on the Daytona road course from Aug. 14-16; these events replace the originally scheduled Watkins Glen International races.

The Truck race at Gateway will be the 14th event of the season, instead of the first race of the playoffs.

Additionally, Truck races originally scheduled to run at Eldora Speedway and Canadian Tire Motorsports Park were realigned to a track and date yet to be announced; the series will not race at either of those tracks in 2020. Xfinity races that were set to run at Michigan and Mid-Ohio Sports Car Course were also realigned to another track or tracks to be determined.

The next races on the schedule, which have not yet been announced, will begin the playoffs for each series.

I’m gonna miss Watkins Glen. I bet Chase does too.